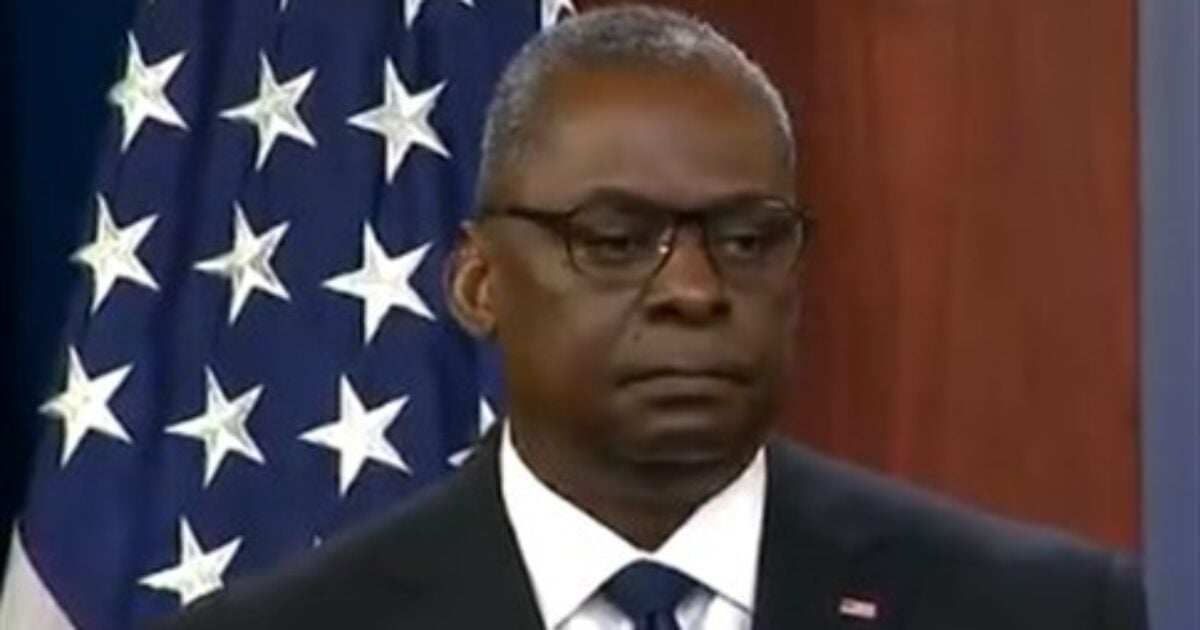 It may be a virtual certainty that President Joe Biden won’t hold top Pentagon officials accountable for the disastrous withdrawal from Afghanistan but a powerful House committee has ordered Defense Secretary Lloyd Austin to provide details on the evacuation from the war-torn country.

On Friday, the House Armed Services Committee approved an amendment ordering the Defense Department boss to submit a plan to Congress on how the top brass intends to bring home American citizens who remain stranded in hostile territory as well as military plans regarding maintaining air superiority, intelligence, and surveillance missions and counterterrorism operations after the handover to the Taliban.

The amendment, which was proposed by Alabama Republican Rep. Mike Rogers who is the ranking member of the committee, is a sign that members of Congress intend to hold Austin’s feet to the fire over the historic foreign policy disaster even if his boss will not.

Congressman Rogers’ amendment was one of the dozens that were adopted during deliberations over the National Defense Authorization Act which advanced out of the committee by a 57-2 vote.

“I am pleased that the Armed Services Committee once again passed a National Defense Authorization Act out of the Committee this morning,” Rogers said in a statement. “I look forward to this bill moving to the floor and being signed into law.”

With the Biden administration desperate to get Afghanistan out of the headlines and their allies in the media happy to help, there is growing concern that those Americans who were abandoned could soon be forgotten with an undetermined number of people left behind and at the mercy of the triumphant Islamist extremist regime.

The commander in chief continues to duck questions as he did again before fleeing D.C. for the long holiday weekend to seek refuge at his Delaware home.

Biden turns his back & ignores questions about the Americans he left #stranded behind enemy lines in Afghanistan. Again. pic.twitter.com/6u1MbSte5w

The embattled Austin, along with Joint Chiefs Of Staff Chairman Gen. Mark Milley, have both been under heavy fire for the catastrophe in Kabul, pressure that intensified after a suicide bomber detonated a blast outside of Hamid Karzai International Airport resulting in the deaths of 13 American service members.

In an open letter made public earlier in the week, nearly 90 retired generals and admirals called for them to resign.

#NEW: 90 retired generals and admirals call for SECDEF Austin and CJCS Gen. Milley to resign immediately based on their “negligence” which caused a “disastrous withdrawal.” pic.twitter.com/Xi2YgKflkd

The retired flag officers also pointed out that Austin’s “woke” directives that include indoctrinating members of the military in the poisonous and divisive critical race theory are “extremely divisive and harmful to unit cohesion, readiness, and war fighting capability.

“Our military exists to fight and win our Nation’s wars and that must be the sole focus of our top military leaders,” the letter said.

Many of Austin’s critics have suggested that the direction the Pentagon has taken under the leadership of the former Raytheon board member has created a major distraction that could lead to military disasters such as the one in Afghanistan.

An honorable public servant would have fallen on his sword over a foreign policy debacle that will have lasting consequences for America and the nation’s allies, especially with an untold number of citizens left to face an uncertain fate.