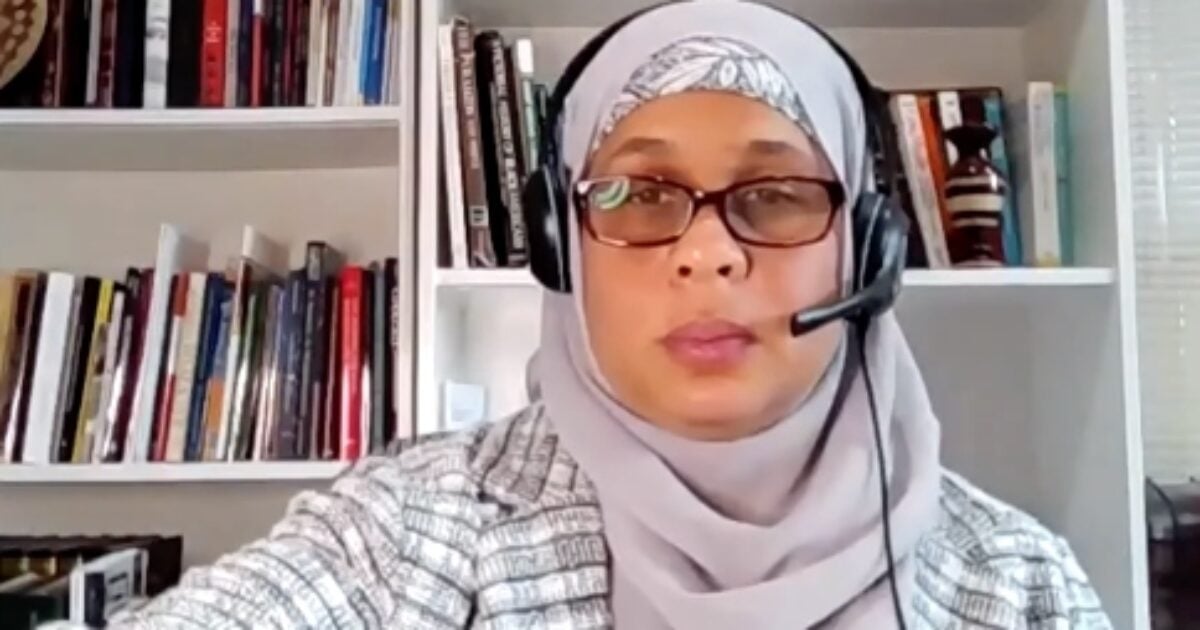 The Virginia Department of Education has angered residents over a training video instructing teachers to refrain from referring to Sept. 11, 2001, attackers as “terrorists” and instead describe them as “extremists” to avoid “Islamaphobia.”

In addition, the video asks that teachers not highlight “American exceptionalism” during any lessons regarding the attacks which killed nearly 3,000 Americans, toppled the twin World Trade Center towers, and penetrated the outer ring of the Pentagon.

The instructional video was released on the impending eve of the 20th anniversary of the deadly assault which kicked off a two-decade war in Afghanistan, where now-deceased al Qaeda leader Osama bin Laden planned and coordinated the attacks.

The roughly two-hour-long video was posted to the VDoE’s YouTube channel this week and aims to push a “culturally responsive and inclusive 9/11 commemoration” ahead of the anniversary “in a way that does not cause harm.” When BizPac Review visited VDoE’s YouTube page where the video was posted, the comment section had been turned off.

The video was part of the state education department’s VA Equity webinar series put on by American University School of Education lecturer Amaarah DeCuir, who discussed her “Webinar In’s & Out’s” regarding ways she has decided are appropriate — or not appropriate — to teach public school students about the events pertaining to the attacks.

In one segment, DeCuir said that for teachers to encourage their students to “stand and condemn 9/11” in a declarative manner would be “highly inappropriate.” She went on to say that teachers ought to refer to the attackers not as “terrorists” but instead as “extremists” in order to “disrupt this false equivalency of Muslims and terrorism.”

“I choose to use the word extremists and I use this based on the scholarship of other scholars and activists in the community that will also use this word to describe the perpetrators of the crimes associated with 9/11,” the equity lecturer said, going on to warn of alleged consequences of pushing “American exceptionalism” rather than focusing more on “our shared humanity.”

“We’re also not going to reproduce what’s understood as American exceptionalism — this understanding that America is a land at the top of a beautiful mountain and that all other countries, nations, and people are less than America,” she added.

“We’re not going to reproduce notions that American history and American experiences are more significant than the experiences or histories of other people,” she added. “So we’re going to begin with a common understanding of our shared humanity, regardless of our national, racial, linguistic or religious origins.”

She went on to instruct teachers that it was important for them “to plan our 9/11 lessons in a way that does not seek to reproduce anti-Muslim racism.”

Virginia resident Asra Nomani, who is also the vice president of strategy and investigations at Parents Defending Education, told Fox News in a statement that DeCuir’s recommendations were “hijacking history” and “woke-washing the 9/11 attacks.”

“As an American Muslim parent and journalist who has investigated Islamic terrorism for the past 20 years, it’s offensive, immoral, unethical, manipulative and dangerous,” she said.

“The Virginia Department of Education is woke-washing the 9/11 attacks. Speaker Amaarah DeCuir instructs teachers to erase the fact that the 9/11 hijackers were motivated by an extremist interpretation of Islam,” she added.

Nomani also railed at DeCuir for guiding “teachers to talk about ‘extremists’ behind the 9/11 attacks, without identifying them as Muslim extremists or calling them out as “terrorists.”

That, she added, “would be like teaching about the Holocaust without discussing Nazi Germany.”

“The Virginia Department of Education is taking a page out of the playbook of truth-deniers within the Muslim community who don’t want to own up to the real problem of Muslim extremism, but meanwhile dedicate lessons to ‘white supremacy,'” Nomani continued.

“The Virginia Department of Education is failing students – and America – and needs to immediately remove this irresponsible instruction and apologize for endorsing this dangerous rewriting of history a platform.”