The Arkansas Senator said that his “patience is tapped” on Fox News Channel’s ‘The Ingraham Angle’ Monday night.

“The last two weeks my office, like so many congressional offices was focused on trying to get American citizens out of Afghanistan,” Cotton said.

The Pentagon announced yesterday that U.S. military personnel had completed the country’s evacuation mission from Afghanistan. Hundreds of American citizens are left stranded in the war-torn nation, no doubt in harm’s way.

Cotton said now that troops are out of Afghanistan Americans should be demanding answers and “hold accountable all those officials who’ve created the terrible conditions we’ve seen.”

Cotton also called for the ‘rigorous oversight’ over Afghan refugees being sent to America. The Senator’s comments come on the heels of a report of unvetted Afghans being allowed to leave a US military base in Wisconsin unsupervised.

“Look we all want to help and protect” Afghans that have helped Americans Cotton continued. “But we evacuated more than 125,000 Afghans at last count. Many of them had very little, if any connection” to our service members over the last 20 years.”

While Cotton argued the Afghans need “to qualify under American law before we admit them into this country,” he suggested that a slew of them who are stranded in foreign countries should stay put. Former President Donald Trump previously employed this same strategy with Syrian refugees staying in Jordan.

Cotton’s comments come after 13 U.S. military personnel were killed in a suicide bombing attack near Kabul’s Hamid Karzai International Airport last Thursday. Since then widespread anger and contempt have been aimed at the White House. Many people question the strategy behind Biden’s withdrawal order, as well as questioning why billions of dollars in weapons were basically handed over to America’s adversary, the Taliban. Americans also want answers why U.S. military forces would leave before all American citizens could be offered a safe passage out of Afghanistan. 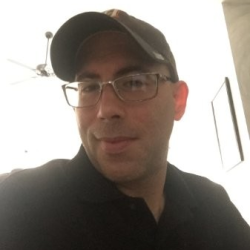