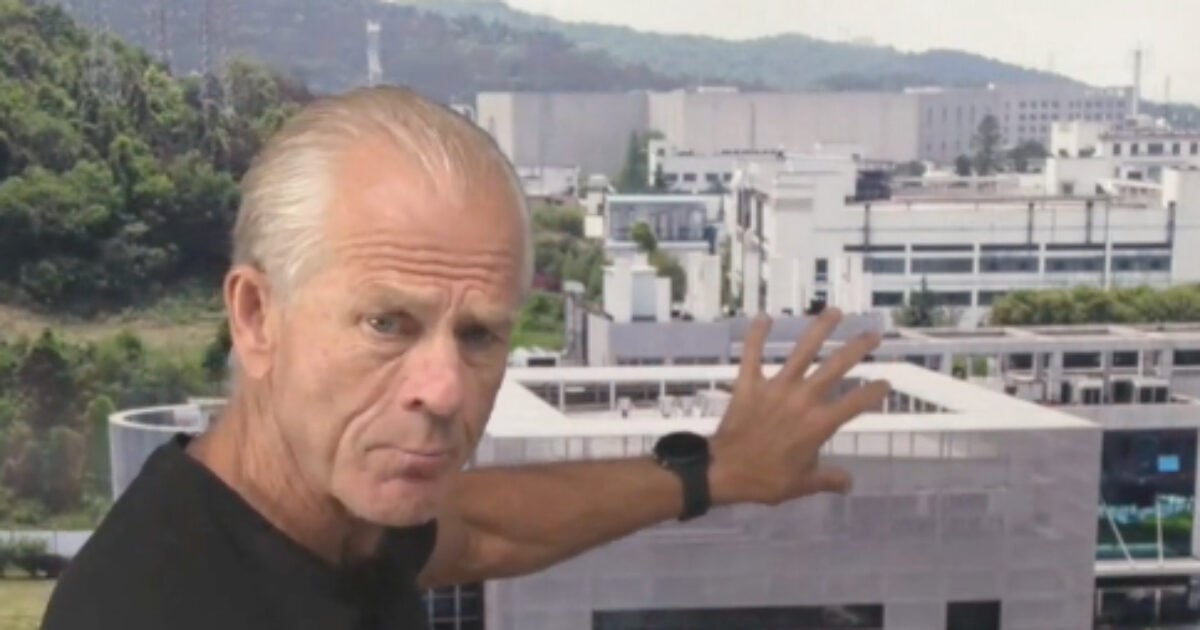 Peter Navarro, former President Donald Trump’s top economic advisor, railed at Dr. Anthony Fauci on Monday, claiming that he should immediately be ousted from his position as director of the National Institute of Allergy and Infectious Diseases for funding gain-of-function research at the Wuhan Institute of Virology, where many theorize the COVID-19 virus was manufactured and escaped.

During a segment on Steve Bannon’s “War Room: Pandemic” broadcast, an animated Navarro, dressed in a black t-shirt, pushed back on previous statements from Fauci, the Centers for Disease Control and Prevention, and other federal health officials that in order to get to “herd immunity” everyone, including children and those who have had the infection, must be vaccinated.

“The third part of that trinity is the vaccine can’t hurt ya,” Navarro said. “All three points of that are absolutely wrong.”

“You can get to herd immunity without everyone getting vaccinated,” he claimed, “and that vaccination can be very, very risky.”

He then ticked off a few conditions that some reports have blamed on the vaccine, including inflammation of the heart lining and muscle, Bell’s Palsy which is a facial neuromuscular disorder, and an allergic reaction known as anaphylaxis.

“Yeah, it can also kill ya,” Navarro continued.

Turning to a computer-generated photo of the Wuhan Institute of Virology, Navarro then said: “This is the house that Fauci built. American taxpayer money went here. He authorized gain-of-function experiments so that” a Chinese scientist known as “the Bat Lady” could “basically create a virus that could jump from animals to humans.

“That got out of this lab into the population,” he continued. “Tony Fauci — if that came from the lab, is the godfather of this pandemic and he has the blood of over 4 million people on his hands! He needs to be OUT. OUT. OUT!”

Navarro has clapped back at Fauci before. He published an op-ed in USA Today last year essentially accusing Fauci of being “wrong about everything” regarding the COVID pandemic.

Fauci has increasingly come under fire over allegations that money he authorized for research at the Wuhan lab via a third-party organization was used for once-prohibited gain-of-function research, though he has repeatedly pushed back on those claims.

In a fiery back-and-forth with Sen. Rand Paul (R-Ky.) during testimony last week, the latest tense exchange between the two men, Paul accused Fauci of lying about funding the research while the immunologist fired back that the GOP senator did not know what he was saying.

“Dr. Fauci, knowing that it’s a crime to lie to Congress, do you wish to retract your statement of May 11th where you claimed that the NIH never funded gain of function research in Wuhan?” Paul asked.

“I totally resent the lie that you are now propagating, Senator, because if you look at the viruses that were used in the experiments that were given in the annual reports that were published in the literature, it is molecularly impossible —“ Fauci responded at one point before Paul cut him off.

“No one is saying those viruses caused the pandemic. What we’re alleging is that gain of function research was done in that lab and NIH funded it. You can’t get away from it, it meets your definition and you are obfuscating the truth,” said Paul.