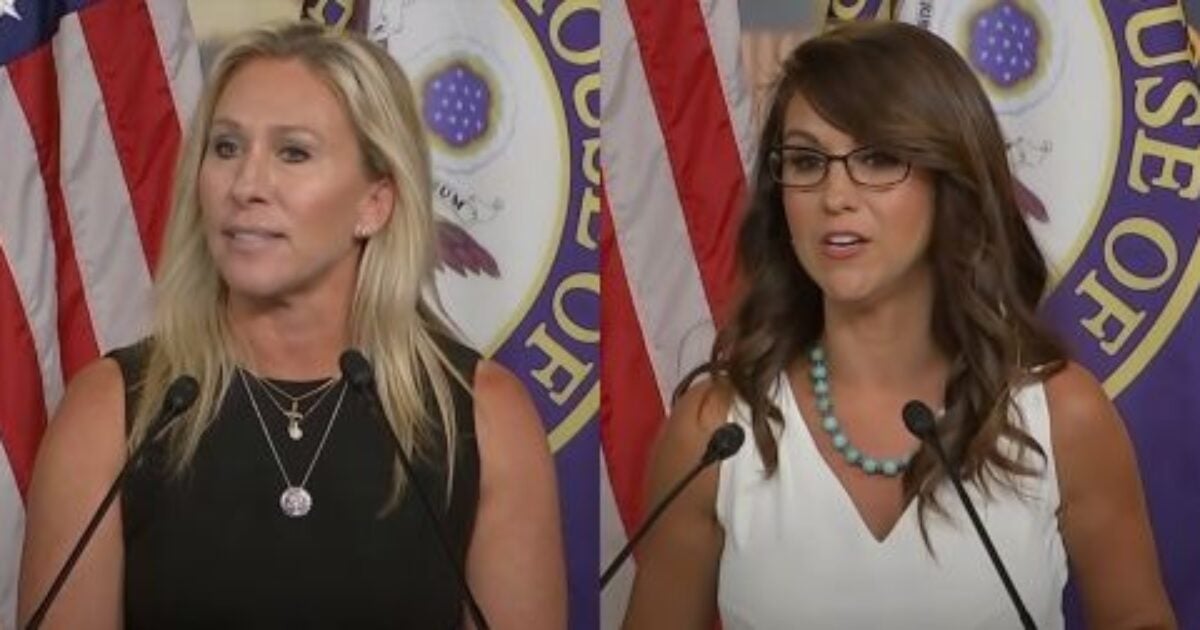 The fundraising group stated on Wednesday that they will not support either Greene or Boebert in the upcoming 2022 midterm elections. The fundraising powerhouse that has worked since 1997 to increase the number of Republican women in Congress criticized the actions and stances of both women according to Business Insider. The noted deviation was “intentional” stated VIEW PAC Executive Director Julie Conway.

“While we rightfully celebrate the number of GOP women serving in the House, I’ve always professed quality over quantity,” she hypocritically stated setting the organization adrift from the majority of the Republican base.

Being in Congress is not a “joke” or a “reality show,” Conway continued.

“Our women have fought too hard for too long to be respected and taken seriously as legislators, policymakers, and thought leaders. We cannot let this work be erased by individuals who chose to be shameless self-promoters and carnival barkers,” Conway posited displaying a staggering tone-deafness when it comes to the GOP’s conservative constituency.

“I think that they would rather draw attention to themselves, and really Marjorie Taylor Greene more than Boebert, but they’re cut from the same cloth,” Conway said denigrating the two female lawmakers.

“There is too much at stake and too many true public servants to allow the noise of the few to overshadow the work of the many,” she concluded.

Boebert mocked Conway in an email asking Newsweek, “Julie who? Never heard of her.”

VIEW PAC has raised and distributed over $20 million in fundraising for GOP House and Senate candidates since 2010. Greene and Boebert are the only two Republican women in Congress the organization is not supporting currently.

Conway declared that she intends to support and help reelect “all of the GOP women who deserve to be” and get more “worthy” candidates elected into the House and Senate.

Boebert is known for her pro-gun, adamant Second Amendment stance as well as her strong support for secured borders and legal immigration. Greene supports those stances and has also been a strong opponent of mask mandates. She has spoken out aggressively against enforced vaccinations and is also calling for Dr. Fauci to be fired. Green is against transgenderism and contends there are only two genders as well. Both of them support a wide range of solid conservative issues.

The GOP fundraising group is treading on thin ice:

I’ll take carnival barkers over worthless bags of weight any day of the week.

What happened to we must support strong women in leadership roles??? I imagine the same thing as #meetoo when it wasn’t to their liking…right out of the window. Trifling

This kind of schtick used to be exclusive to the democrats and the old republicans would just take the abuse but now they have some new firebrands using those same tactics and some gop grumps want to go back to losing sheepishly. The maga coalition likes these new renegades.

And that’s why I no longer support the GOP. They can’t be loyal. They eat their own.

That @GOP women’s group doesn’t represent me. They are the OLD GOP, the ones who believe Party comes first. Of course the Constitution says “We the People’ come first. The OLD GOP only represented themselves… just like The Hill. They were just the “Good Ole Boys”! pic.twitter.com/pYX5x1IV0W

The GOP women’s group hate that they can’t control Greene or Boebert. The fact that they are free thinkers is exactly why we like them. Screw the Swamp Rats.

The PATRIOTS defending our nation, and exposing the corruption.. OF COURSE the SWAMP is fighting back..