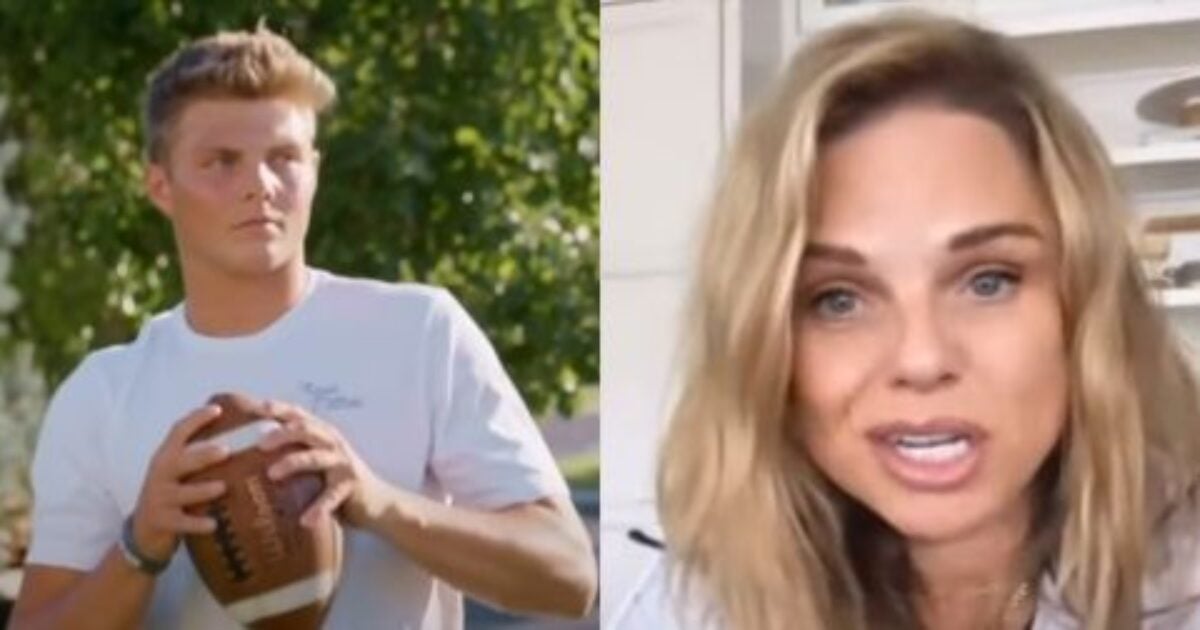 New York Jets quarterback Zach Wilson has offered his conservatively vocal mom money if she will delete her Instagram account and she has refused, saying she doesn’t need the money and she won’t cave to internet trolls.

Lisa Wilson posted a video on Friday stating that her son had asked previously for her to take down her Instagram account after she was viciously attacked and mocked. Her recent tirade in May opposing mandatory mask-wearing at Disney World also seems to be a point of contention and a target of the attacks. She called officials there “maskholes.” She claimed her family only lasted four hours at Disney World because they “hate amusement parks” and “it was hotter than a whore in church.”

“People out there that think I embarrass my son — has he asked me to take down my social media? He has before. And he says ‘Mom, if it’s about money, I’ll give you money.’ I said ‘Zach, I don’t need your money,’” she stated on social media.

“He says ‘Mom you don’t embarrass me but I can’t stand these people treating my mom like crap.’ And I said ‘Zach, you know what? If you saw the messages that I receive every single day from women that started exercising again. Women that are learning to cook for the first time ever. Women that are changing their relationships with their husbands. Women that tell me that the only reason that they’re getting out of bed is because of my Instagram. The only thing that keeps them from taking a handful of pills is because something I said that day resonated with them.’ I refuse to abandon those people. I can take the heat. Bring it on,” she challenged her detractors.

#Jets QB Zach Wilson asked his mom to shut down her Instagram page – he said he's willing to pay her.

This is how she responded.pic.twitter.com/YQAfgDmtjF

Mom of Jets draft pick Zach Wilson complains that “Disney are a bunch of maskholes” because they were “always up in our business.” pic.twitter.com/K2XEzumQmp

Zach Wilson was asked about his mom’s Instagram account in a radio interview by WFAN Radio with Host Craig Carton a few days after the draft. “Yeah, it’s not my favorite for sure,” he stated concerning the attention his mom has been receiving. “I like to keep her out of the spotlight. She’s an awesome lady and I love having her support,” he said according to TMZ Sports.

Lisa Wilson hosts a lifestyle Instagram account. She shares her beliefs, personal life, and tips with other moms and fans. She has more than 27,000 followers.

The athletic star’s mom is not shy when it comes to stating her opinion. Recently, she posted a notice that was addressed to whoever allegedly stole her purse at a wedding while she was on the dance floor. She didn’t hold back either. “As much as I wanted to believe that the world is all good, there are apparently d**ks out there,” the angry mother declared. “Screw you.”

Mama Wilson upset that somebody stole her purse at the wedding. pic.twitter.com/8jed2UQi1r

There are also rumors swirling around out there that Lisa Wilson is from a wealthy family and that her brother, who owns JetBlue, is financing her. She’s putting those rumors to bed. Wilson claims that her parents still live in a house that they originally bought for $15,000 and that her brother has no reason to give her money.

“Some people got this crazy idea that I came from a lot of money and it’s so false,” Lisa remarked. “I can’t even stand it.”

“First off all, why would my brother pay my way?” she asked. “Cause that’s a brother’s responsibility? NO! and he has nine children of his own that he needs to take care of. I’m very capable of working hard and making my own money. Mike and I do just fine, we do not need my brother’s money.”

Zach Wilson’s “hot” mom has been a source of infatuation for many since his NFL draft. It appears she will continue to be a content goldmine on social media and in headlines and her famous son will have to share the limelight.