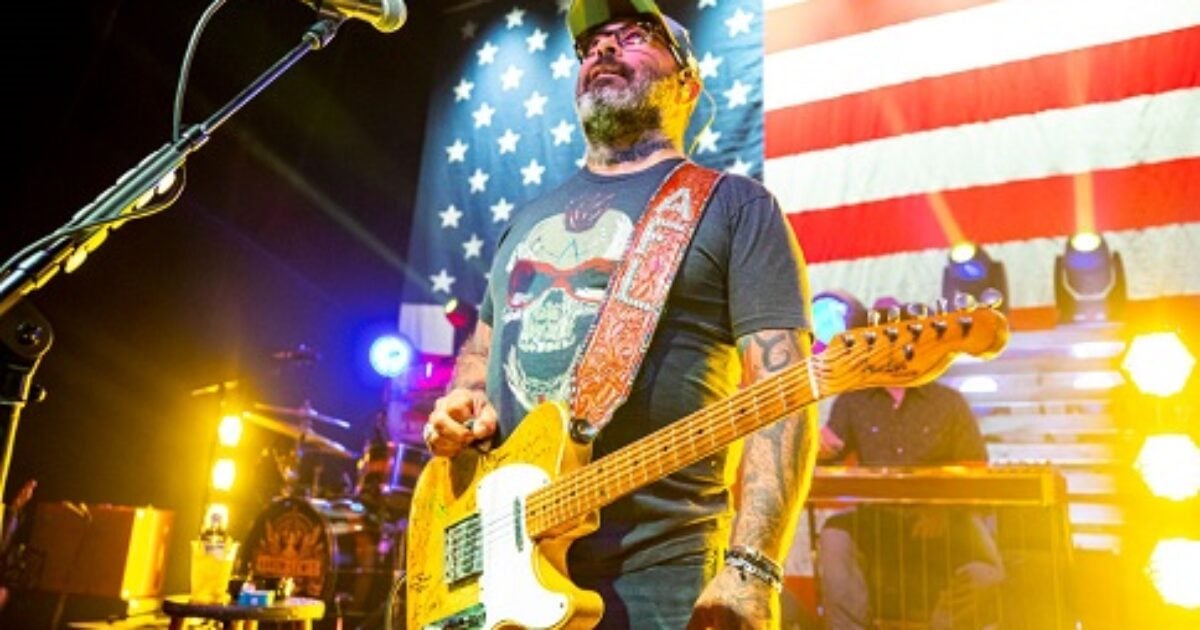 Country singer Aaron Lewis released a new song just in time for the Fourth of July and fans have made it clear he is not the “only one” frustrated with the present state of the country.

Lewis’ song is an anthem “dedicated to all the patriots” who are sick and tired of watching radical leftwing politicians and rioters masquerading as activists destroy the founding principles of this country.

“Am I the only one, here tonight/ Shakin’ my head and thinkin’ somethin’ ain’t right/ Is it just me? Am I losin’ my mind?/ Am I standin’ on the edge of the end of time?” Lewis’ song begins asking.

“Am I the only one, willin’ to bleed/Or take a bullet for bein’ free/ Screamin’, “What the f*ck!” at my TV/ For tellin’ me, yeah, are you tellin’ me?/ That I’m the only one, willin’ to fight/ For my love of the red and white/ And the blue, burnin’ on the ground/ Another statue comin’ down in a town near you” the song continues, highlighting the political discord that has divided the United States.

Powerful song by @Aaronlewismusic about the feelings of tens of millions of Americans as they experience the left destroying the country. (non-explicit version here) https://t.co/NyzUBgXCv6

Based on reaction to the “powerful” new song, Lewis is far from the only one feeling this way.

Great song. Great message. No, you’re not the only one, but I fear that we’re losing the battle against those who seek to destroy this great country.

Explicit one suits my mood. Love that last line about Springsteen. Nice work and great voice.

Excellent and powerful. Brought tears to my eyes.(But I had to laugh at the line about Bruce Springsteen – that was great!)

Absolutely true and what a BEAUTIFUL song! I’m not into “country music”, but lately, with the Patriotic tunes pouring out in that venue, I am now!!!!

This song brought tears to my eyes. He somehow captured everything I and I am sure millions of others are feeling right now as we pray that we can survive the Liberal drive to destroy the USA and all it stands for. Thank you Aaron.

Lewis debuted the song at a few months ago in Texas, and played it again last month in Virginia where he talked about why he wrote it:

“I wrote this next song because I’m sitting here as a 49-year-old father of three watching a very small handful of people destroy the country that was handed down to me by my forefathers — the country that my grandfather and my uncles, they all fought for,” Lewis said, according to Breitbart News.

The songwriter disses one rockstar in particular who has been vocal about his disdain for conservative values.

“Am I the only one /  Who quits singin’ along / Everytime they play a Springsteen song,” Lewis sings.

The self-righteous E street rocker said last year that if President Donald Trump were re-elected, he would be “on the next plane” to Australia.

“The stewardship of the nation is – has been thrown away to somebody who doesn’t have a clue as to what that means. … And unfortunately, we have somebody who I feel doesn’t have a grasp of the deep meaning of what it means to be an American,” Springsteen said of former President Trump is a 2019 interview.

Most Americans see right through the charade from the multi-million dollar artist and other liberal elite like him who have so much to say for having never served the American public, in office or in the military.

The song continues: “Am I the only one sittin’ here/ Still holdin’ on, holdin’ back my tears/ For the ones who paid with the lives they gave/ God bless the U.S.A/ I’m not the only one, willin’ to fight/ For my love of the red and white/ And the blue, burnin’ on the ground”.

“I watched the Joe Biden speech the other day. I don’t even know why I do it, but I do. And I heard him tell the story about this massacre that happened in Oklahoma a long time ago. So, I’d like to point something out that is very obvious yet no one seems to bring it up or talk about it, that every racist law that’s ever been put into place, every scar on America was the Democrats. All of it. It’s there if you go and look. Every racist law was come up with and voted through and unanimously passed by f*cking Democrats,” an impassioned Lewis told the Virginia crowd before playing the patriotic anthem.