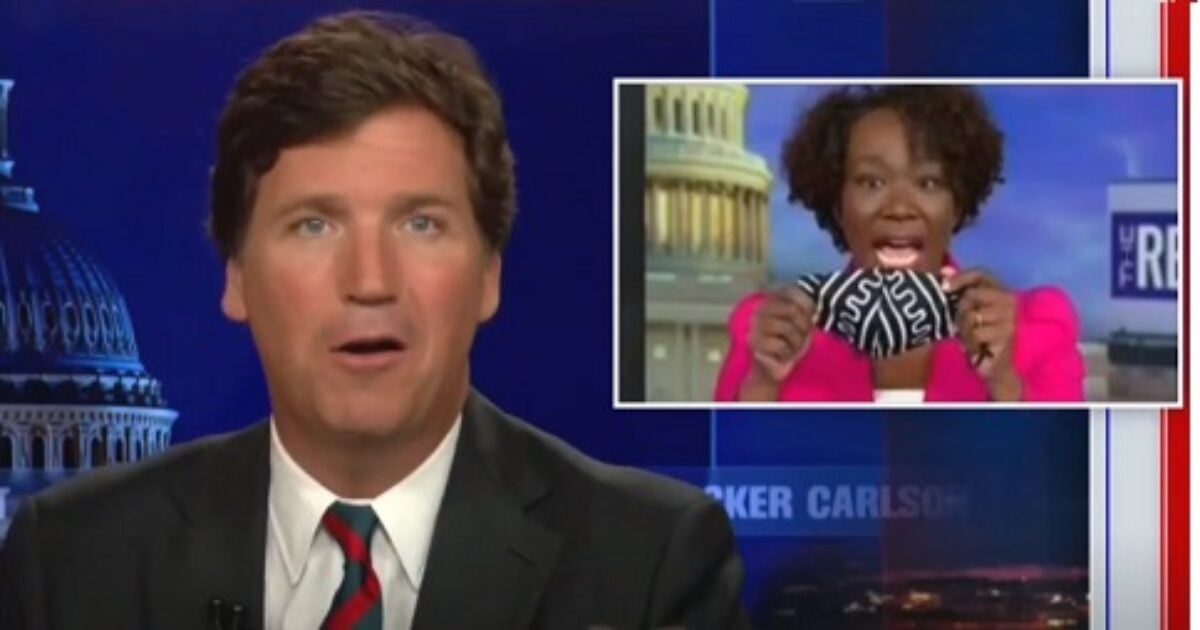 Fox News host Tucker Carlson put things into perspective in a stinging manner on Tuesday’s edition of “Tucker Carlson Tonight,” as he focused his attention briefly on the “angry race lady” over at MSNBC, also known as Joy Reid.

Carlson called attention to Reid’s criticism of Manhattan Institute fellow Chris Rufo for opposing critical race theory, which the Fox News host accurately characterized as “racism, unadorned. It’s systemic racism, if ever there was it.”

In addition to highlighting a Washington Post “hit piece” against Rufo, pointing out that the newspaper was forced to make numerous corrections, Carlson said that Reid essentially called Rufo a racist for his efforts to “rebrand” critical race theory away from the propaganda being put out by the left that it’s simply telling the truth about history.

With parents across the country flat out rejecting critical race theory, Democrats have embarked on an interesting campaign of insisting the toxic ideology steeped in Marxist principles is not being taught in K-12 — not by name, perhaps, but the tenets of CRT are indeed being brought into the classroom.

A clip was played of Reid showcasing a parent denouncing the radical left theory: “Just because I don’t want critical race theory taught to my children in school does not mean that I’m a racist, damn it!”

“It actually does,” Reid responded, with a hearty laugh. “It’s just another example of Republicans turning kids into a wedge issue, just like their politically-motivated attacks on transgender youth who just want to play sports.”

“Immigrant parents come to this country — I’m sure they were nice people — send their daughter to Harvard and that’s what you get?” Carlson said, of the clip. “It really is. Our system produces the worst people. They’re not the worst people when they start. Most people are decent when they start, but our institutions at the top of society produce people like that, and that’s the problem.”

He then noted that Reid also ripped Rufo online for making “White Man Demands,” when he asked to debate the issue with her on air.

“What a bigot she is, and an unhappy person. My word,” the Fox News host said, in conclusion.

The tweet from Reid is seen below, as she responded to Rufo saying: “[Joy Reid] has denounced me by name multiple times on her show. But she doesn’t have the courage to invite me on as a guest. She knows that I will crush her critical race theory apologetics any day of the week.”

This is a weirdly aggressive way to get yourself on TV, Christopher.. Why not just contact my booking producers like a normal person, rather than going with the White Man Demands option? I had never even heard of you until @oneunderscore__ piece exposing your plot to rebrand CRT. https://t.co/kzqp1edxzF

Rufo appeared on Carlson’s show and said the progressive left is “trying to divide the country and competing racial groups. They are using ‘antiracist’ discrimination to try to keep the quality of outcomes.”

“Regimes in the 20th century tried this approach of equity, it left body counts in the tens of millions, and we shouldn’t try it here,” he added.