The four Congress members who make up ‘the Squad’ have been called out for their unrelenting and seeming disdain for America. Florida Rep. Michael Waltz didn’t hold back in dubbing the group the “Hamas Caucus” for incendiary comments.

Waltz is the first former Green Beret to serve in Congress. Having engaged with the enemy, and yes, these wretched and ruthless terrorist groups are indeed the enemy of anyone who values freedom, Waltz has been an eyewitness to their atrocities, their brutal behavior, senseless slaughter, as well as their hatred for American values.

“Well, we’re censuring her and The Squad,” Waltz told Fox News host Sandra Smith on “Your World” on Monday. “We renamed them the ‘Hamas Caucus’ because this isn’t just a one-off. This is a series of statements.”

Waltz provided his first-hand accounts of their destructive quest for power. He knows whereof he speaks.

“I will remind everyone that Ms. Omar was formally censured in 2019, that did pass the house, that was voted on for then-statements, but the bottom line is to equate the United States and Israel with the Taliban and Hamas on ‘atrocities’ is personally offensive to me,” Waltz passionately declared,

I am a Green Beret that served all over the Middle East and Africa, I’ve seen women personally attacked, I’ve seen acid thrown on their faces, girl’s schools machinegunned, children with suicide vests strapped onto them by these terrorist organizations. And I’ve visited Israeli homes, all of which, their schools and bus stops included had to have bunkers to defend their families against Hamas rockets are so enough is enough,” he added.

The lawmakers have been criticized for refusing to acknowledge the innumerable opportunities, options, freedoms and rights of citizenship in the United States of America, which are available to them, such as being elected to the august and globally respected United States Congress. This, despite their varying levels of education, place of birth, religion, sex or employment history.

In a quote that will live in infamy, Omar once cruelly referred to the 9/11 attacks as, “Somebody did something.”

Americans and freedom-loving people around the world have a different recollection of those events.

The “Hamas Caucus” need to be taken quite seriously, with Israel being the only democracy in a global neighborhood traditionally filled with dictators, despots, corruption and the desire to destroy its very existence.  Just this last weekend, Israel underwent a peaceful transition of power, installing a new prime minister.

Waltz and others agree that the “Hamas Caucus” must be stopped from fomenting unrest and divisiveness, and he has proposed a strategic first step. 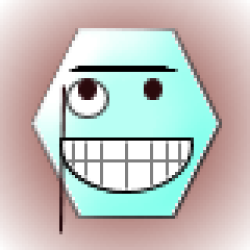