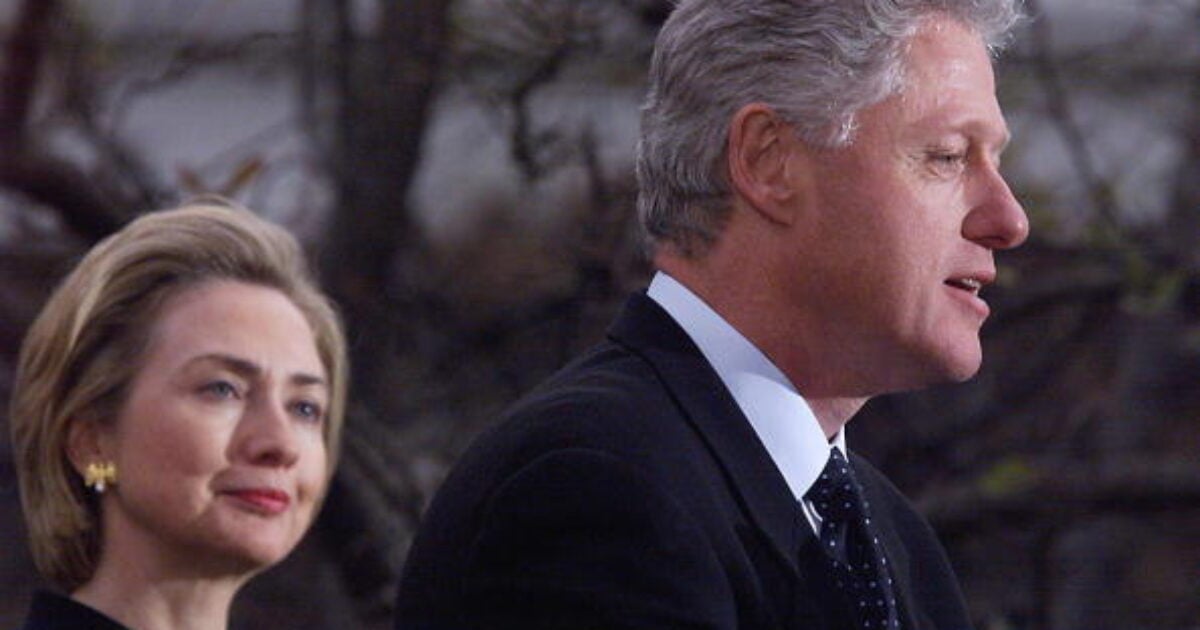 The chancellor at the University of Arkansas is advocating that the campus statue of the late senator and mentor to former President Bill Clinton, William Fulbright, be relocated.

Chancellor Joseph Steinmetz has reportedly met with state lawmakers in an effort to listen to their concerns and issues with the potential relocation. Along with the history attached to the statue, it is of note that Bill Clinton gave a eulogy at his funeral. At issue is the late senator’s civil rights record.

Steinmetz’s plans allegedly enraged legislators. He recommended that Fulbright’s name remain on the colleges of arts and sciences. But he wants to move his statue from Old Main to somewhere that engenders more context in relation to his record, including his opposition to civil rights. UA System President Donald Bobbitt praised Steinmetz’s propositions. The UA Board of Trustees will still have to ratify the decision.

“You have to keep the history,” Steinmetz informed lawmakers. A number of those political leaders are University of Arkansas graduates who are less than thrilled with moving the statue from its current location, according to KHBS.

“So what I’m really suggesting in recommending that to Dr. Bobbitt and the board is that we not diminish Senator Fulbright at all, but actually celebrate that history but to celebrate the complete story of the history, not just things that we pick and choose to talk about,” he noted. “That includes all the great things that he did at which are just tremendous in number but also the failures that he had historically as well.”

“Ultimately, the goal and desire is to create a healthy dialogue, to minimize hurt feelings, and challenge false dichotomies – that you are either against Fulbright … or else you are a racist,” Steinmetz declared. “It is just more complicated than that.”

In a letter dated May 19, Steinmetz announced that the university had formed a committee to “evaluate Senator J. William Fulbright’s controversial and complex legacy on our campus” and “to explore whether the statue of Fulbright should continue to occupy a place in the center of campus.”

Fulbright’s detractors are focusing on his decision to sign the Southern Manifesto. That was a declaration that opposed the landmark Supreme Court ruling in Brown v. Board of Education. He also took a stance against the “Civil Rights Bills of 1957 and 1964, and vote against the Voting Rights Bill of 1965.”

The Civil Rights Act of 1964 was proposed by former President John F. Kennedy. It sought to end segregation in public places and made it illegal to discriminate based on race when hiring someone. The House eventually passed the bill after 70 days of going back and forth in a 290-130 vote. The bill received 152 “yea” votes from the Democrats, which was 60 percent of their party, and 138 votes from the Republicans, or 78 percent of their party.

In the Senate, the bill faced strong and organized opposition from a number of southern Democrats. Influential senators such as Richard Russell, Strom Thurmond, Robert Byrd, William Fulbright, and Sam Ervin joined forces to launch a filibuster that lasted for an interminable 57 days. Russell, who was a Democrat from Georgia, argued that the bill would lead to the ultimate destruction of the South’s “two different social orders” and result in the “amalgamation and mongrelization of our people.”

Given Fulbright’s record and the sentiments of lawmakers, Steinmetz tried to straddle the political fence on the issue:

On the other hand, we must also weigh his contributions as a president of the University and as a U.S. senator, including opposition to the Vietnam war and perhaps his greatest legacy, the Fulbright International Exchange Program, likely the most prestigious, far-reaching and important exchange program in the world.

Some would prefer that the university completely remove the statue in an attempt to further distance the campus from Senator Fulbright, while others suggest that we move the statue from its current location in order to reduce the discomfort that some students feel from having to pass by it when entering and exiting Old Main.

Legislators were not buying Steinmetz’s justifications:

Sen. Alan Clark laid the blame on the university for changing students’ outlook. He contended that students change after going to the “ivory tower.” He also equated moving Fulbright’s statue to the Taliban blowing up a religious shrine in Afghanistan. He vigorously referred to “cancel culture.”

Sen. Trent Garner mocked people getting their feelings hurt from walking past a statue.

Sen. Jason Rapert, who started the meeting questioning UA officials about communism, said a “small group of loud and vocal activists have wasted your time.” He claimed that moving the statue was “caving” to a minority.

Rep. Mary Bentley said campus efforts to include people had the alternate effect of excluding others such as Christians.

Sen. Mark Johnson announced that a new law he sponsored requires the university to get approval from a state board to relocate the statue. A first offense would be a misdemeanor and a second would be a felony, he informed the committee. Act 1003 took effect on April 28. The law declares moving, damaging, or altering a historical monument to be a Class A misdemeanor, which is punishable by up to a year in jail and a $2,500 fine.

Bill Clinton worked as an intern for Fulbright while attending Georgetown University. Fulbright was leading the U.S. Senate Committee on Foreign Relations at the time.

“We come to celebrate and give thanks for the remarkable life of J. William Fulbright, a life that changed our country and our world forever and for the better,” Clinton intoned at Fulbright’s eulogy in 1995. “In the work he did, the words he spoke, and the life he lived, Bill Fulbright stood against the 20th century’s most destructive forces and fought to advance its brightest hopes.”

Clinton also praised the Fulbright Scholarship Program as a “perfect example of Bill Fulbright’s faith, different kinds of people learning side by side, building what he called ‘a capacity for empathy, a distaste for killing other men, and an inclination for peace.’