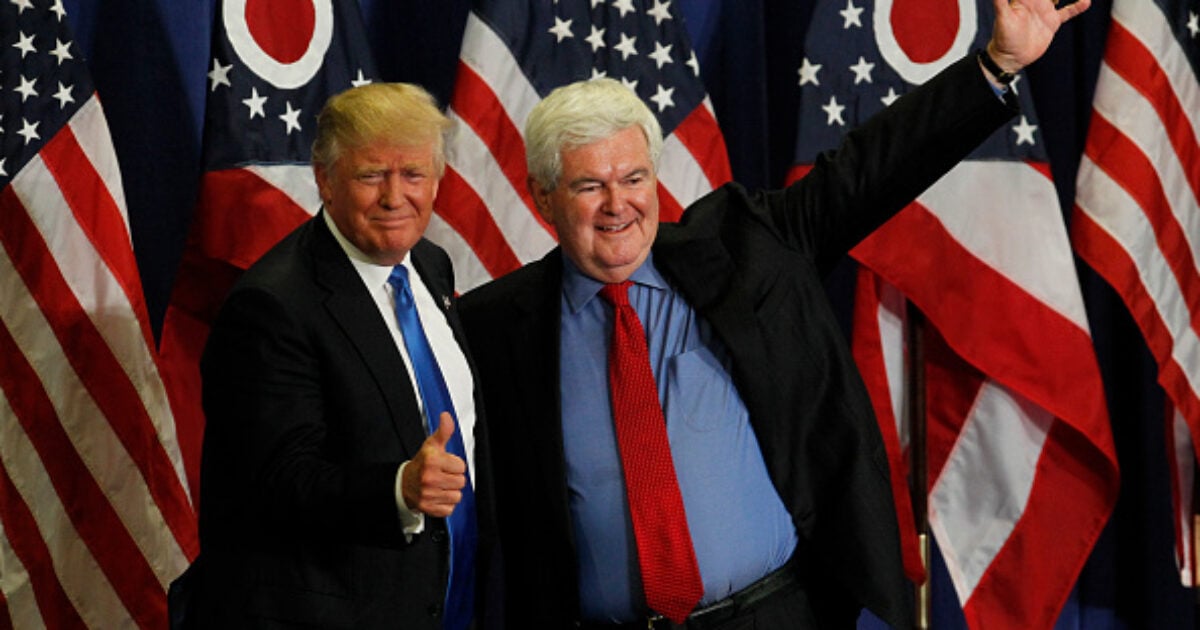 Ahead of the 1994 midterm elections, Democrats controlled the House of Representatives for 40 straight years and the Senate for 34 of the previous 40 years, but Republicans managed a clean sweep of Congress thanks to a cleverly devised strategy by then-House Minority Leader Newt Gingrich.

Picking up on signals that a growing number of Americans had become disenfranchised with the Democratic Party and frustrated with its standard-bearer, then-President Bill Clinton, following passage of the largest tax hike in history at the time along with an “assault weapons” ban, the Georgia Republican brainstormed: How could the GOP take back power after so many years in the political wilderness and reverse the trend of leviathan government?

His solution: The “Contract With America.”

The pact contained 10 political objectives and positions all Republican candidates could sign onto, which essentially nationalized local and state elections by unifying the party around a singular set of principles. Not only did the plan work, but it was also a resounding success; Republicans swept Democrats from power in the House and Senate, took control of 12 governorships, and regained control of 20 state legislatures. What’s more, Republicans who stuck with the objectives laid out in the contract continued to win races.

Fast-forward to the present. Though Democratic majorities in the House and Senate are slim, the party still controls Congress. There is a Democratic president. And in red states around the country, Democrats are said to be making gains as well — all of which is leading a new push for a new Contract With America, which is reportedly under development by Gingrich and former President Donald Trump.

Using the 45th president’s ‘America First’ and ‘MAGA’ policy themes, Trump and Gingrich, along with former White House Chief of Staff Mark Meadows and Sen. Lindsey Graham of South Carolina — who defeated long-serving Democratic Rep. Butler Derrick in 1994 to become one of the ‘Contract’ class of incoming GOP freshmen House members — all met recently at Mar-a-Lago in Florida to begin work on a new pact that the party can employ ahead of the 2022 elections, according to Politico.

But the objective is not just to win next year, according to sources who spoke to the outlet and are familiar with the situation. A new contract would become “a policy priority for 2022 and beyond,” one source said.

As to what new policy objectives would be included in Contract With America 2.0, Gingrich laid out some of them in an interview with the outlet.

“It should be positive. School choice, teaching American history for real, abolishing the ‘1619 Project,’ eliminating critical race theory, and what the Texas legislature is doing. We should say, ‘Bring it on,'” he told Politico.

That said, the former House speaker added that no one should expect to see a new contract until shortly before the midterms because “the world keeps changing and evolving.”

The 1994 contract, which Gingrich crafted in concert with former GOP House Majority Leader Dick Armey of Texas, was not introduced until six weeks before the election. That timetable will likely have to be adjusted for modern times, however, since several states allow early voting weeks in advance by direct or absentee ballot.

Efforts to revive the contract, or some semblance of it, have occurred for years. In 2010, Republican “young guns” including Reps. Eric Cantor, Paul Ryan, and Kevin McCarthy, just ahead of the “Tea Party” movement, introduced a 224-page manifesto of sorts laying out GOP policy objectives and priorities. And in the ensuing years, Graham has repeated calls for a new contract.

With Trump already holding a lot of sway over a majority of the Republican Party, a new ‘contract’ involving him will no doubt further mold the party in his image. That’s good, say many rank-and-file Republicans, because while the party was not able to capture the House and lost seats in the Senate last fall, Trump’s ‘America first’ policies nevertheless managed to forge inroads with key minority demographics seen as important for future party wins.

“Policy talks are still in their infancy and it’s premature to project exactly what this will look like, who all will be participating in the effort and when something may be released,” a Trump spokesperson told Politico.