As Democrats and some Republicans lambasted Rep. Marjorie Taylor Greene and called for her to be disciplined after a remark she made comparing House Speaker Nancy Pelosi’s ongoing mask mandate to the Holocaust, the founder of an Orthodox Jewish organization posted a Twitter thread reminding them that former President Donald Trump was frequently subjected to the same comparison by his critics.

In an interview with Newsmax TV last week, the Georgia Republican raked Pelosi over the coals for insisting that House members, including those who are vaccinated, continue wearing masks in the chamber even after the Centers for Disease Control and Prevention said earlier this month that those who had received their shots could unmask and shun social distancing recommendations.

“This woman is mentally ill,” Taylor Greene said. “You know, we can look back in a time in history where people were told to wear a gold star and they were definitely treated like second-class citizens, so much so that they were put in trains and taken to gas chambers in Nazi Germany. And this is exactly the type of abuse that Nancy Pelosi is talking about.”

“Marjorie is wrong, and her intentional decision to compare the horrors of the Holocaust with wearing masks is appalling,” McCarthy noted in a tweet this week.

But Yossi Gestetner, a noted New York City-based marketer and co-founder of the Orthodox Jewish Public Affairs Council, took to Twitter on Tuesday, posting a thread showing how Democrats and left-wing media outlets regularly referred to Trump as a “Nazi” and his election as comparable to Adolph Hitler’s rise in 1930s Germany, all without any pushback from some of the same lawmakers and pundits who want Taylor Greene punished now.

‘He’s sort of like Goebbels,’ Biden compares Trump to the Nazi chief propagandist. – 9/20/20

Video: Dem @RepLawrence explained in Sep 2020 how Trump is following Hitler in terms of tactics that led to the Holocaust. You didn’t know about this until now because neither @HouseDemocrats nor @HouseGOP made a big issue out of it or an issue at all. pic.twitter.com/hn46nFA5Cy

In a subsequent tweet on Tuesday, Greene doubled down, writing, “Vaccinated employees get a vaccination logo just like the Nazi’s forced Jewish people to wear a gold star. Vaccine passports & mask mandates create discrimination against unvaxxed people who trust their immune systems to a virus that is 99% survivable.”

Vaccinated employees get a vaccination logo just like the Nazi’s forced Jewish people to wear a gold star.

Vaccine passports & mask mandates create discrimination against unvaxxed people who trust their immune systems to a virus that is 99% survivable.https://t.co/6X6VNolcA7

She then tweeted a Just the News story reporting that college students will not be permitted on campus without showing proof they have been vaccinated.

Well hate freedom media would you look at this story.

It appears Nazi practices have already begun on our youth.

Show your VAX papers or no in person class for you.

This is exactly what I was saying about the gold star.

“Well hate freedom media would you look at this story. It appears Nazi practices have already begun on our youth. Show your VAX papers or no in person class for you. This is exactly what I was saying about the gold star. This is disgusting!” she wrote.

The outlet reported that the University of Virginia has banned unvaccinated people from the entire campus, meaning they can’t participate in any classroom instruction unless or until they take a COVID-19 vaccine.

“This approach will enable our students to return to a residential academic setting where they can live, study, and gather together safely,” said university President Jim Ryan and other leading officials in an email.

The university’s decision came after Democratic state Attorney General Mark Herring issued a formal decision noting that the institution has the authority to impose the mandate. 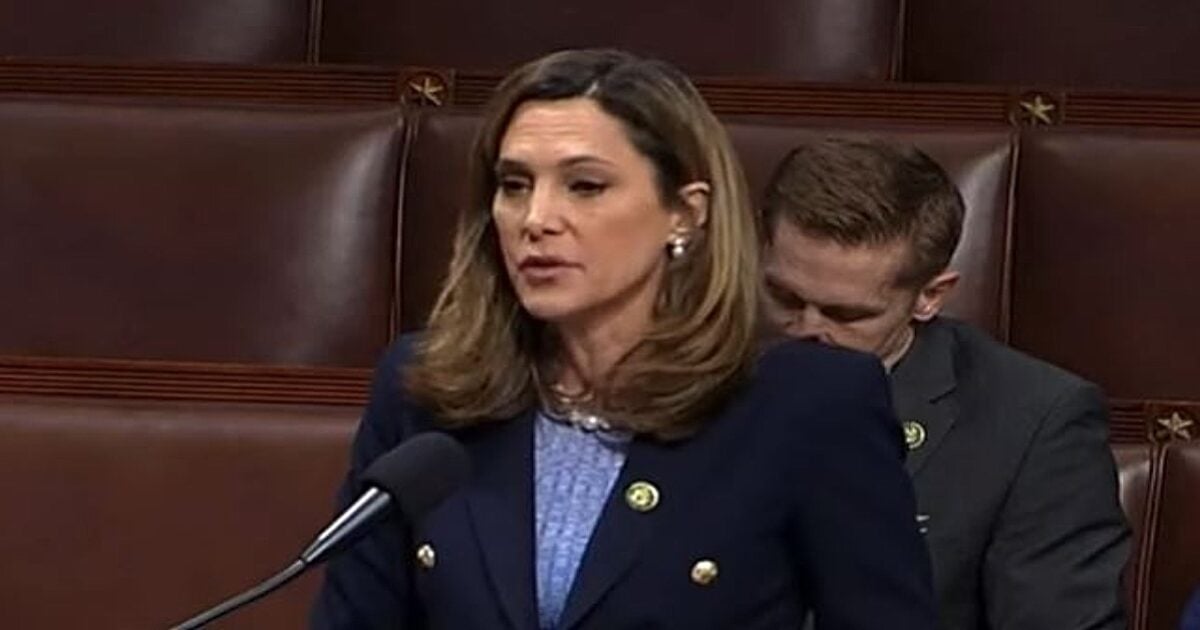