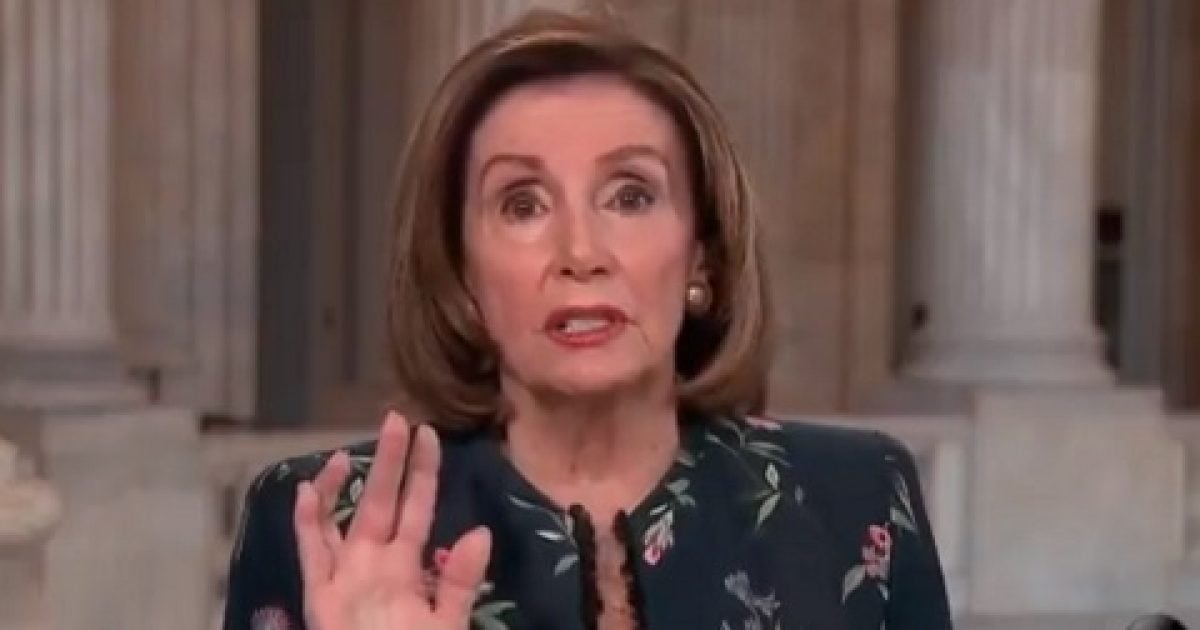 “The Federalist” senior editor Mollie Hemingway took Democrats and the legacy media to task in a Twitter thread Sunday morning over their allegations that Donald Trump and Republicans are spreading “the Big Lie” regarding the outcome of the 2020 election while they falsely accused the former president, for years, of colluding with Russia to win the 2016 election.

“When the media and other prominent Democrats all the way up to Hillary Clinton and Jimmy Carter spent four years hysterically repeating that Donald Trump was a traitor who colluded with Russia to steal the 2016 election, we didn’t call that a ‘big lie.’ Why is that?” she began.

“That lie was used to win multiple elections. It *dominated* news, with daily updates suggesting it was somehow true. It was used to bully weak Republicans away from an agenda. And for telling the lie, the media gave itself many awards. But for some reason it wasn’t called a lie,” she continued on Twitter.

“But in an election when media invented fake stories (Afghan bounties, Aisne Marne), suppressed real ones (Biden family corruption), pushed fake polls, unprecedented tech censorship silenced opposition, and there was a ‘revolution’ in voting, you can have no questions? Convenient!” Hemingway continued.

She went on to point out that House Speaker Nancy Pelosi, then the minority leader, also falsely claimed that the 2016 election was “hijacked” via Moscow working with the Trump campaign.

“I don’t recall the corrupt media demanding every Democrat denounce Nancy Pelosi for this tweet, or calling it a big lie. In fact, they agreed with it and helped her push her claim of a ‘hijacked election’ for *years*,” the senior editor and Fox News contributor added, including a screengrab of Pelosi’s tweet.

Our election was hijacked. There is no question. Congress has a duty to #ProtectOurDemocracy & #FollowTheFacts.

The Washington Examiner’s Byron York chimed in as well in support of Hemingway’s assessment, also including a screengrab of Pelosi’s tweet.

“It’s true. She said that. Some Democrats, media defenders today suggest they didn’t really mean it back then — they weren’t *really* claiming the 2016 election was illegitimate. Not like Trump! But the record is what it is,” he wrote.

It's true. She said that. Some Democrats, media defenders today suggest they didn't really mean it back then — they weren't *really* claiming the 2016 election was illegitimate. Not like Trump! But the record is what it is.https://t.co/FiVNSGVNdZ

In fact, no congressional investigations found explicit evidence that Trump or members of his 2016 campaign worked in tandem with Russian operatives for the express purpose of ‘stealing’ the election from Clinton.

Rather, congressional committees found that Russia was attempting to influence the election as well as the Trump campaign, but there was never a determination as to how effective those efforts were.

One former Obama official, Evelyn Farkas, who served as deputy assistant secretary of defense for Russia, Ukraine, and Eurasia, testified under oath that she had no knowledge of any joint operation between the Trump campaign and Moscow to influence or change the outcome of the election. Her sworn testimony differed from her public statements about ‘collusion’ during various appearances on cable news programs, however.

Also, then-Attorney General William Barr said during an April 2019 press conference that Mueller had not found any evidence of collusion, either.

“We now know that the Russian operatives who perpetrated these schemes did not have the cooperation of President Trump or the Trump campaign,” said Barr. “That is something that all Americans should be grateful to have confirmed.”

Meanwhile, some of Trump’s claims about the 2020 election — such as the charge that election procedures were changed last-minute in key battleground states Joe Biden wound up winning — are true.

The changes to voting procedures in states like Georgia, Pennsylvania, Michigan, Arizona, and Wisconsin are well-documented. The question from Republicans and Trump’s 2020 campaign — whether the changes were constitutional — was not addressed during post-election litigation, though one Supreme Court justice, Clarence Thomas, strongly stated that it should have been.

In a lengthy piece about the 2020 election, Time magazine reported on those changes in February.