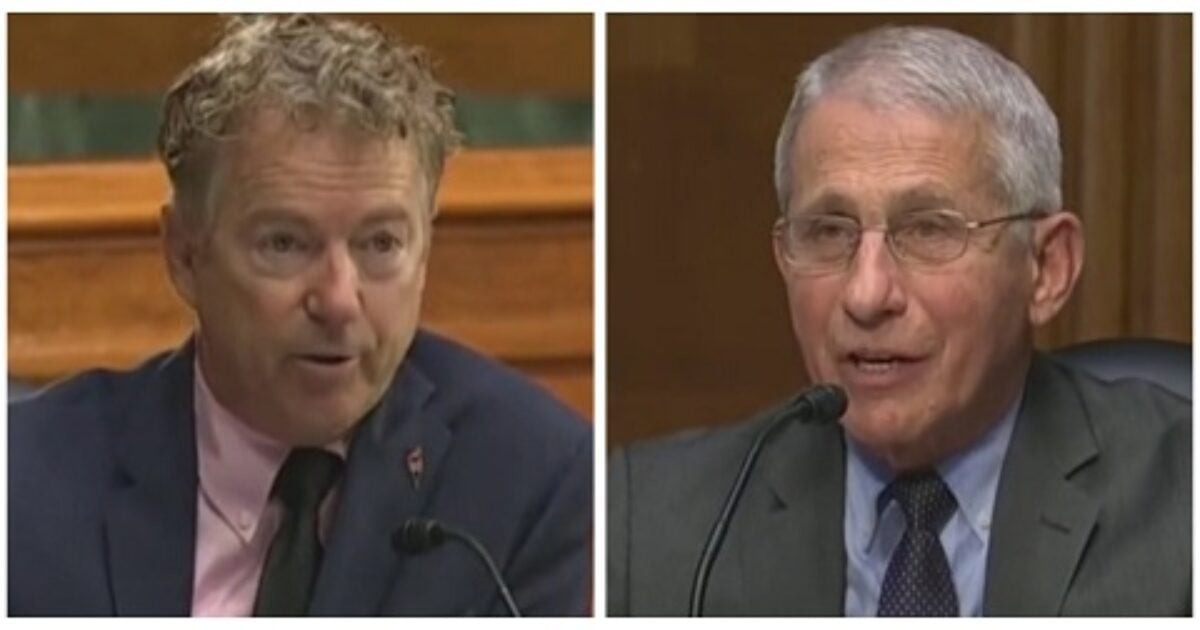 Dr. Anthony Fauci adamantly denied that the National Institute of Allergy and Infectious Diseases funded risky gain-of-function experiments on bat-based coronaviruses at the Wuhan Institute of Virology prior to the pandemic during a Senate hearing Tuesday.

Fauci’s denial came in response to questions from Sen. Rand Paul during a hearing before the Senate Committee on Health, Education, Labor and Pensions.

“Gain of function research, as you know, is juicing up naturally occurring animal viruses to infect humans. To arrive at the truth, the U.S. government should admit that the Wuhan Virology Institute was experimenting to enhance the coronavirus’s ability to infect humans,” Paul said.

“For years, Ralph Baric, a virologist in the U.S., has been collaborating with Shi Zhengli of the Wuhan Virology Institute, sharing his discoveries how to create super viruses. This gain-of-function research has been funded by the [National Institutes of Health].”

“Drs. Baric and Shi worked together to insert bat virus spike protein into the backbone of the deadly SARS virus, and then used this manmade supervirus to infect human airway cells,” Paul continued. “Dr. Fauci, do you still support NIH funding of the lab in Wuhan?”

Fauci said in response that Paul was “entirely and completely incorrect.”

The Daily Caller News Foundation previously reported that the NIAID, which is led by Fauci, funded the nonprofit group EcoHealth Alliance to study bat-based coronaviruses in China that included the transfer of $600,000 to the Wuhan Institute of Virology.

Experts say the grant describes scientists conducting gain-of-function research, but a federal oversight board that exists to evaluate such grants was never notified of its existence because the NIAID did not flag the research for review under the HHS Potential Pandemic Pathogens Control and Oversight (P3CO) Framework.

“After careful review of the grant, NIAID determined research in the grant was not gain-of-function research because it did not involve the enhancement of the pathogenicity or transmissibility of the viruses studied,” an NIH spokesperson told the DCNF.

Rutgers University professor of chemical biology Richard H. Ebright told the DCNF that the NIH’s ability to sidestep the federal gain-of-function review board “is a systemic problem.”

Fauci insisted Tuesday that the EcoHealth Alliance grant did not include gain-of-function research.

Fauci added that it would have been irresponsible for his agency to not fund research into bat-based coronaviruses in China prior to the pandemic, given that the first SARS outbreak originated there.

“It would have been irresponsible of us if we did not investigate the bat viruses and the serology to see who might have been infected in China,” Fauci said.