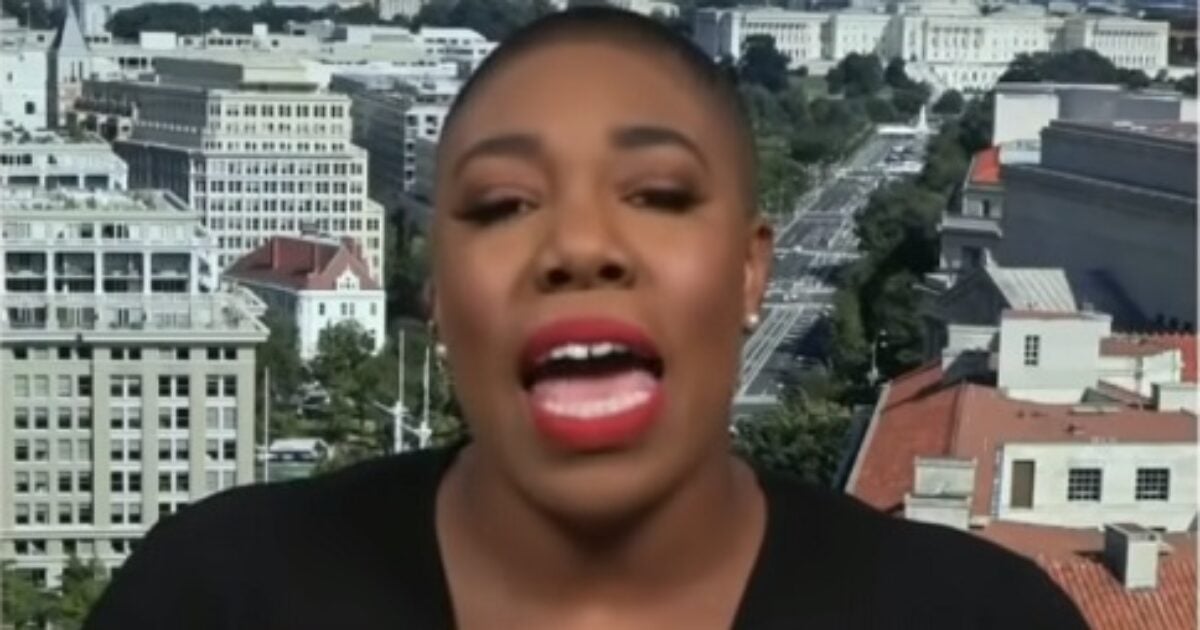 The problem with those who go through life perceiving themselves as victims is that their victimhood lives on in perpetuity.

Sanders bailed on Sen. Bernie Sanders, I-Vt., — no relation — after briefly serving as press secretary during his 2016 presidential campaign. After joining CNN later in the year as a contributor, Sanders declared, “We don’t need white people leading the Democratic Party right now.”

But that didn’t stop her from backing Biden in 2020, which would be rewarded with the Harris adviser role. A reward that apparently left Sanders wanting, according to a Washington Post feature article over the weekend billing Sanders and fiancé Shawn Townsend, 37, director of D.C. Mayor Muriel E. Bowser’s Office of Nightlife & Culture, as “the young power couple trying to shape Washington’s new normal.”

As the Post noted, Sanders “picked a winner, but the winner didn’t pick her back.”

The article pointed out that Sanders “had made it known, privately and in her book, that she hoped to be the first Black woman to hold the job of press secretary.”

Bakari Sellers, a civil rights attorney and mutual friend of the couple, said of Biden choosing Psaki, a former communications director for President Barack Obama, for press secretary over her friend, “That one stung her.”

According to Sellers, Sanders “spent a lot of capital” in being asked to defend Biden when the campaign “had a problem with the Black community.” The incident where Biden told Charlamagne Tha God that if anyone was having a “problem figuring out whether you’re for me or Trump, then you ain’t black” was cited.

Below is the work product Sanders produced on behalf of the campaign — note that there’s no disclaimer acknowledging her role as campaign advisor:

The comments made at the end of the Breakfast Club interview were in jest, but let’s be clear about what the VP was saying: he was making the distinction that he would put his record with the African American community up against Trump’s any day. Period.

“These moments were not few and far between,” Sellers explained. “They would send Symone out to take those bullets. . . . And then to be passed over, that hurt.”

The disappointment was also referenced by Townsend, “She was definitely hopeful that she would have that opportunity.”

The heavy lifting went pretty far, as she not only went on Fox News to sell Biden, but was seen intervening when two unhinged anti-dairy protesters rushed the stage during Biden’s victory speech following his unexpected Super Tuesday wins in the Democratic primary.

Sanders is seen rushing the stage along with now-first lady Jill Biden, grabbing one of the protesters much like an NFL linebacker would and dragging her off stage.

Working in her favor, Psaki said last week she may plan to leave the role next year so she can spend more time with her family.

“I think it’s going to be time for somebody else to have this job in a year from now or about a year from now,” Psaki said in an interview with CNN’s David Axelrod.

All of which renders The Washington Post article as advance campaigning for Sanders to secure the role — it wouldn’t be the first time the paper helped a Democrat get a job.