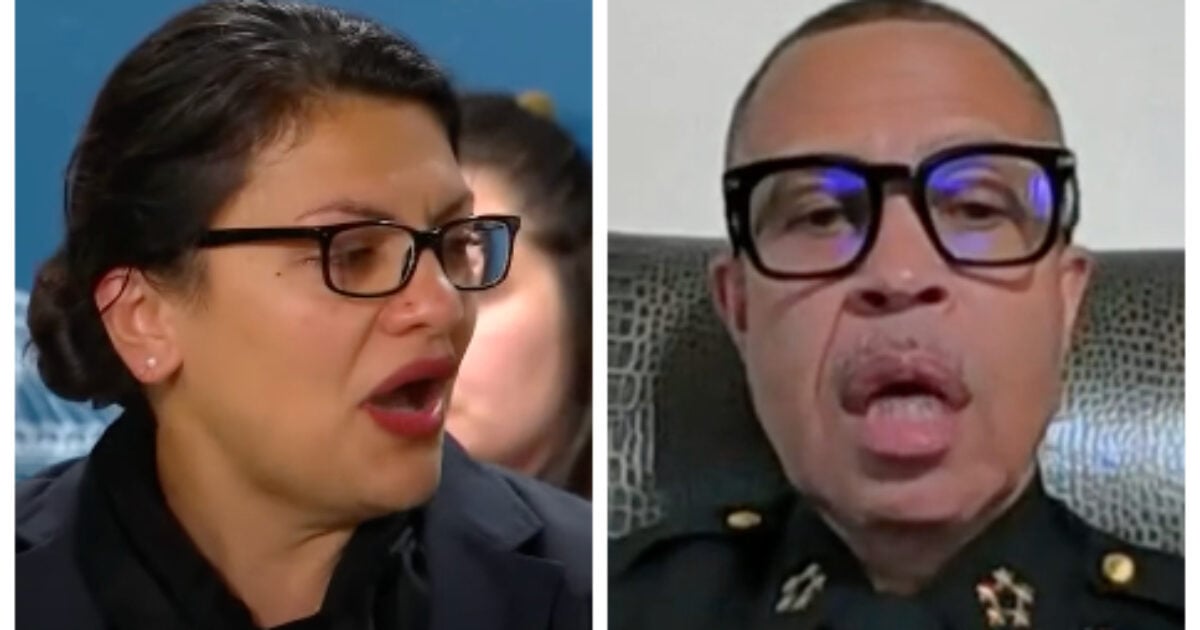 Detroit Police Chief James Craig said Wednesday that officers under his command remain “fully engaged” in their duties because they know he and city officials support them even as police in other major cities are being disciplined and fired for doing their jobs.

In an interview with Newsmax TV’s Greg Kelly, James also blasted Democratic Rep. Rashida Tlaib, whose district includes Detroit, over a recent tweet in which she claimed that police and prisons can’t be “reformed” and that all should be defunded.

“It wasn’t an accident,” she tweeted following the death of 20-year-old Daunte Wright, who was shot and killed by former officer Kim Potter after she appeared to mistake her service weapon for her Taser as he resisted arrest. “Policing in our country is inherently & intentionally racist.”

She added that Wright “was met with aggression & violence. I am done with those who condone government funded murder. No more policing, incarceration, militarization. It can’t be reformed.”

“I was really shocked that she said this,” Kelly said, adding that Tlaib has made outrageous statements in the past before asking James to respond.

“Ridiculous, reckless, kneejerk,” James began. “Not surprising, but I will tell you, it’s also self-serving. Because really, when you think about it, Detroit residents, they don’t want to dismantle the Detroit Police Department. They don’t agree with defunding. And they certainly don’t agree with closing down prisons so that everybody can just be, you know, like ‘Summer of Love,’ like in Portland and Seattle.”

The chief appeared to be referencing so-called “autonomous zones” that were briefly established by Black Lives Matter and Antifa activists in those cities last year in the wake of George Floyd’s death in Minneapolis in May.

“We’re not standing for that here in Detroit, and I can go on and say she doesn’t speak for most Detroiters,” James added. “It’s shameful, and it does nothing to help the situation here today.”

Kelly responded by saying that a “huge gap” seems to exist between what Tlaib and fellow “Squad” members say about policing and what’s really happening “on the ground,” especially in Detroit.

“Cops are under fire, as you know, and there’s a reluctance, understandable somewhat, to get involved” with the community as “everyone is second-guessing them,” Kelly observed.

“Let me tell you about Detroit, I’m so proud,” James said, adding that “great men and women” work for his department. “They’re not backing off” from doing their jobs, “and I’m gonna tell you why, Greg. One word: Support. They know this chief will support them.”

He went on to say that his city did not see widespread looting and violence last year following the Floyd incident and in the months since because police officers knew that their superiors, and especially James, had their backs.

He added that the vast majority of police officers do good, honest work and enforce the law constitutionally.

Pivoting back to Tlaib, Kelly noted that James has, in the past, called for her to resign.

“Absolutely I did,” he said. “But I also indicated I would throw a party. And you know what’s interesting about throwing a party for her to leave? My phone, whether I’m out in the public, they’ve said, ‘Chief, I’ll fund the party. Let me help you throw the party.

“That’s coming from Detroiters!” he insisted. “Maybe I should call her and let her know.”

Kelly then brought up a police shooting earlier this week in which an officer in Columbus, Ohio, killed a knife-wielding black teenage girl who was preparing to stab another black teen. The officer’s actions have since been criticized by BLM activists and Democratic politicians, including Valerie Jarrett, a longtime aide to former President Barack Obama.

“It looked like a clear-cut case” of trying to protect someone’s life, Kelly said, noting further that calling into question the officer’s quick actions “has got to have a chilling effect” on police in that city and around the country.

“Not here in Detroit,” James responded, adding that no one yet knows all of the facts surrounding that case and that many media outlets have intentionally misreported it.