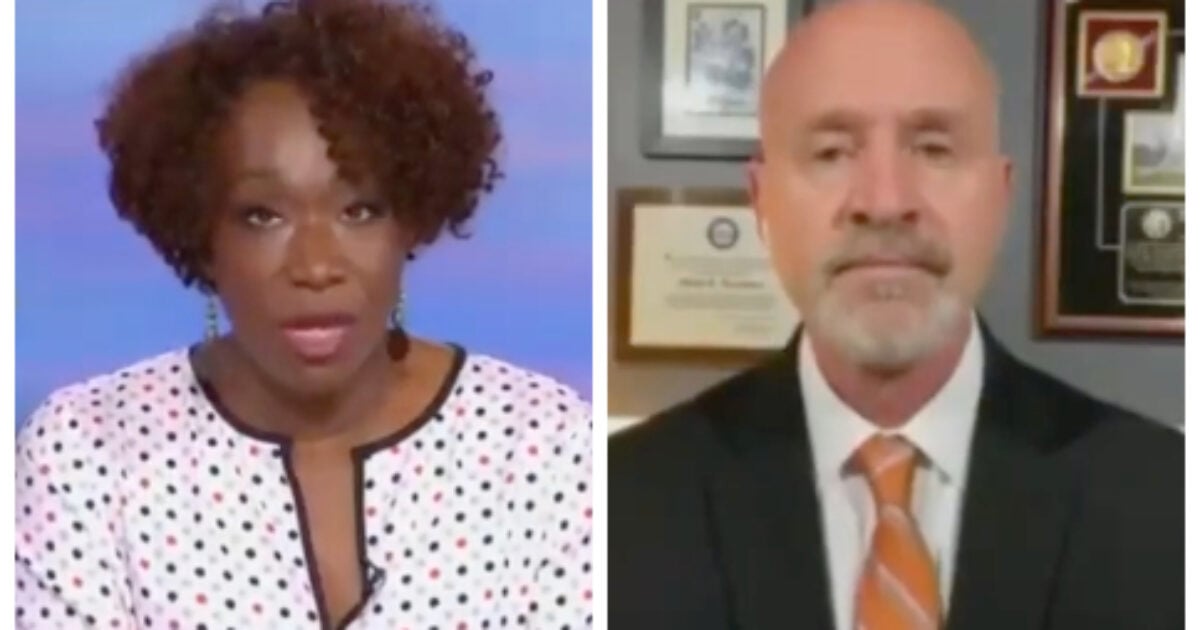 The two were dishing over the latest leaked information regarding an investigation allegedly involving Gaetz and several of his associates when the host suggested that the Florida congressman may be able to avoid serving a lot of prison time if he were “to give up somebody bigger than him,” as one associate, Joel Greenberg, has reportedly done.

Gaetz has repeatedly and vigorously denied the allegation that he had a sexual relationship with a 17-year-old minor and he ‘trafficked’ her across state lines. He has called the reports of allegations “smears” that “range from distortions of my private life to wild — and I mean wild — conspiracy theories,” he said this week. He also said he is the victim of an extortion scheme.

Referencing a Bahamas trip from 2018 that is reportedly being examined by the FBI, Reid said that one of Gaetz’s associates who went on the trip was “a guy named Jason Pirozzolo, the hand surgeon and GOP fundraiser to Ron DeSantis, who, apparently, Gaetz wanted to turn into the attorney general of Florida.”

The host went on to reference Florida Secretary of Department of Business & Professional Regulation Secretary Halsey Beshears before speculating that DeSantis may also come under investigation.

“If you’re Ron DeSantis, does this feel like it’s creeping closer to you? Because these are your friends. These are your allies,” she said to Kirschner, who picked up the cue.

The legal analyst postulated that the Sunshine State governor might want to hunker down as he suggested Gaetz had to after Greenberg’s lawyer said once his client reportedly accepted a plea deal that he doubted the Florida lawmaker was “feeling very comfortable.”

At that, Kirchner directly insinuated that DeSantis could be next on the list.

To date, there have been no reports and no evidence suggesting that DeSantis has any ties to the scandal surrounding Gaetz.

For his part, the Florida lawmaker and staunch ally of former President Donald Trump continued this week to defend himself, releasing a 30-second ad that will run in his congressional district and in some national broadcast venues to “fight back against a multiweek fake news cycle against him.”

“Now we see what’s really behind all of this: Democratic Party and media-driven smears aimed at taking out a Congressman of the United States,” a spokesperson for “Friends of Matt Gaetz” said in a statement.

Earlier this week, Gaetz denounced CNN for claiming the congressman was prevented from seeing the former president during a recent trip to Trump’s Mar-a-Lago resort, which he claimed was a “total lie.”

“This is a total lie. I am on a pre-planned vacation with my fiancée. I was welcomed at Trump Doral days ago. No such meeting was denied nor sought,” he said, going on to mock CNN’s two “anonymous sources” claim and demanding the network fully retract the story.