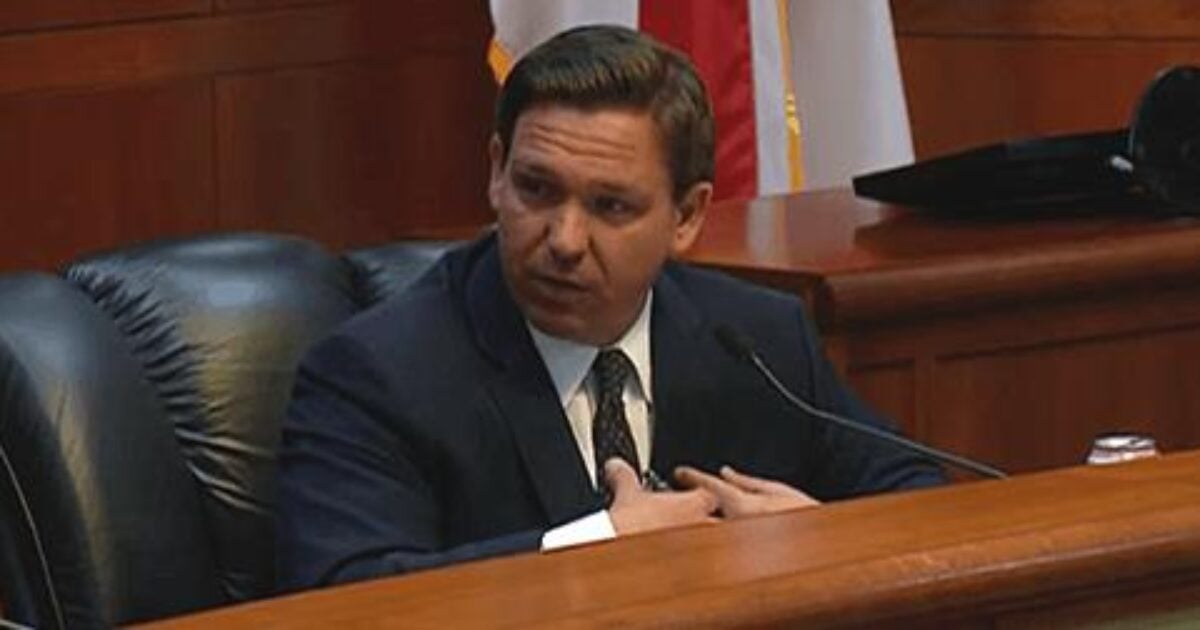 The latter three are co-authors of the Great Barrington Declaration, a document that criticizes the status quo thinking on coronavirus restrictions and recommends far less damaging alternatives. As of April, the document had been signed by 14,000 medical and public health scientists, as well as almost 43,000 medical practitioners.

The roundtable discussion hosted by DeSantis reportedly served as a “retrospective” on his own coronavirus policies which, according to the American Institute for Economic Research, were modeled off the Great Barrington Declaration.

The problem is that the Great Barrington Declaration is anathema to mainstream society and, in particular, the mainstream press that these days often functions as a fourth branch of government.

Thanks to pressure from the mainstream media, last year social media networks such as YouTube, Facebook and Twitter began censoring views on the coronavirus pandemic that belie this mainstream perspective.

“CNN, and NBC, and New York Times … are saying [to corporations] every time you allow information over your platform that we think is wrong​,​ we’re going to shame you,​ we’re going to disgrace you​. ​And they have their partners​,​ who are the ​Democratic ​Party,​ who control the entire government now​,​ who are right along with them saying, ‘We demand that you censor more​,'” Greenwald noted.

He added, “​They’re being pressured​,​ led by journalists who are now the leading activists to destroy free discourse and free thought in the United States. That’s the dynamic that we have to understand​.”

And sadly for those who prioritize the free exchange of ideas, that dynamic still persists.

“With no warning, no announcement, and no explanation, YouTube on April 7, 2021, suddenly deleted the entire video from its platform,” AIER reported Wednesday in regard to the video of the Florida governor’s roundtable discussion.

According to records maintained by the Wayback Machine, the video was streamed live on March 18th by WTSP, a legitimate CBS-affiliated news station.

This censoring of DeSantis comes amid CBS News’ recent smear of the Florida governor.

Without citing any evidence, the network accused DeSantis of purposefully granting a coronavirus vaccine contract to the most popular grocery store in Florida allegedly because of a $100,000 contribution he’d received from the company.

The story was completely false — to the point that even CNN called out “60 Minutes” for having “never offered any substantive evidence to support the significant assertion and link the donation with the partnership.”

The censoring of DeSantis also comes only days after Twitter, another social media network, censored Kulldorff, one of the doctors who participated in the roundtable discussion, for arguing neither children nor those who’ve contracted the coronavirus need a coronavirus vaccine.

“Thinking that everyone must be vaccinated is as scientifically flawed as thinking that nobody should. COVID vaccines are important for older high-risk people, and their care-takers. Those with prior natural infection do not need it. Nor children,” he’d tweeted on March 15th.

Thirteen days later, the tweet was censored. While the tweet still remains up, it cannot be liked or retweeted:

No. Thinking that everyone must be vaccinated is as scientifically flawed as thinking that nobody should. COVID vaccines are important for older high-risk people, and their care-takers. Those with prior natural infection do not need it. Nor children. https://t.co/qXtpM3QRY3

When making unscientific claims, media often refer to “health officials” or “experts” without citing anyone. I challenge @Twitter to name vaccine experts believing that everyone, including children and those with prior immunity from natural infection, MUST be Covid vaccinated. pic.twitter.com/tYhCjdKzgf

While it’s not clear which specific remarks from the roundtable discussion provoked YouTube’s censorship, there are several examples of the participants making comments that belie mainstream thinking.

For instance, at one point Kulldorff argued that “lockdowns and contact tracing and masks …. were not able to prevent a resurgence of the disease during the winter,” according to a transcript from AIER.

Gupta meanwhile seemed to argue that nobody should be wearing masks or social distancing, even if they’ve been vaccinated.

“I would recommend most non-immune persons that they shouldn’t wear masks or engage in social distancing, you can imagine what my answer would be to people who know that they are immune,” she said.

Scott meanwhile pointed out the contrast between some recommended coronavirus rules and Democrat policies.