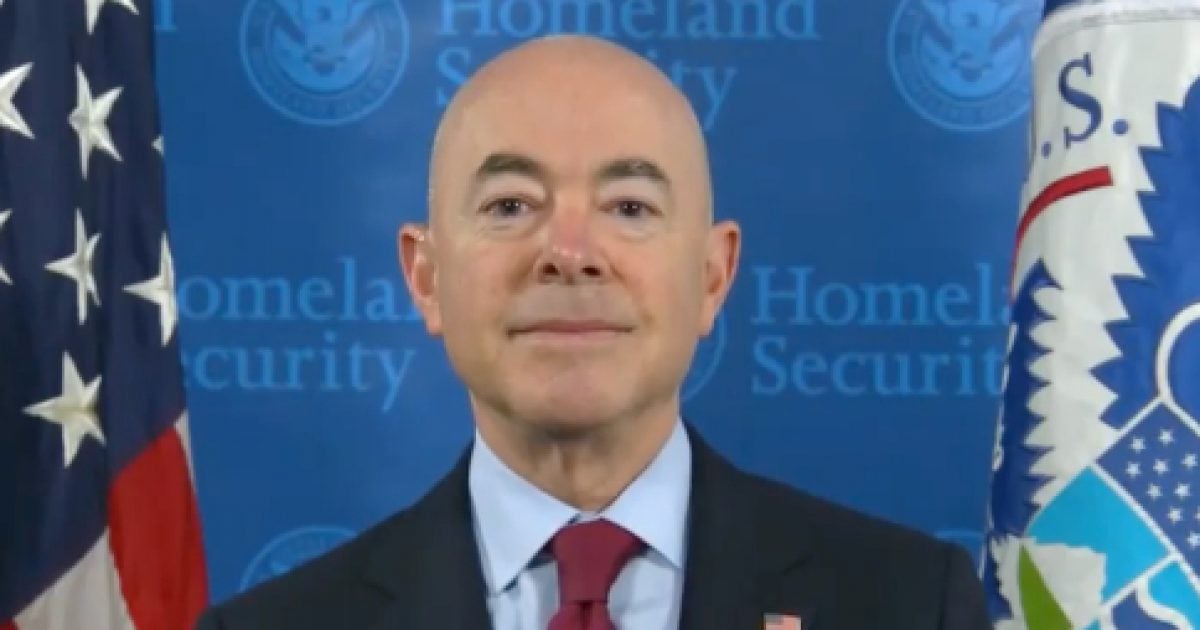 Department of Homeland Security Secretary Alejandro Mayorkas fired almost everyone on the Homeland Security Advisory Committee in the wake of the worst illegal migrant crisis in years as his agency continues its struggle to deal with the influx.

The firings come on the heels of a visit to the U.S.-Mexico border by 18 GOP senators on Friday that was led by Texas Republican Sens. John Cornyn and Ted Cruz, many of whom have released video and photos showing migrants and their children crammed into overflowing in DHS detention centers and living in deplorable conditions.

The firings are also the latest signal that the Biden White House seeks to move further away from the policies of the Trump administration, observers noted.

In a letter sent by Mayorkas on Friday which was leaked to Politico, the DHS chief announced he was terminating the current terms for the 32 advisory council members, adding that he will “reconstitute” the panel after a “new model” has been devised.

The HSAC was established for the unpaid members to utilize their experience and expertise regarding homeland security issues including immigration enforcement and counterterrorism. The panel then provided recommendations and guidance to the DHS secretary.

But the make-up of the current panel included members from former President Donald Trump’s administration including former Deputy DHS Secretary Ken Cuccinelli and former acting Immigration and Customs Enforcement Director Thomas Homan. Still, the members were appointed by both Republican and Democratic administrations.

We encountered human traffickers & cartel members tonight, yelling at us across the Rio Grande and preparing to cross. #BidenBorderCrisis pic.twitter.com/yXl3AyUIPd

Mayorkas, in his letter, said that Chairman William Bratton, Vice Chair Karen Tandy and Chair Emeritus William Webster will stay in their positions so they can help the council as it transitions.

“I am considering how the HSAC can bring the greatest value to the Department and how the expertise, judgment, and counsel of its members can be harnessed most effectively to advance the Department’s mission,” the DHS chief wrote. “I expect to work closely with the HSAC and to rely on its Members to help guide the Department through a period of change.”

Mayorkas said that he planned to conduct a “comprehensive review” to figure out how the HSAC can best be utilized to provide advice and guidance to the department moving forward. But he added that the council, as reconstituted, would maintain a “diverse membership” that is more representative of the nation. He also claimed that the panel would be bipartisan.

Chad Wolf, who served as acting DHS secretary under Trump, was critical of Mayorkas’ move.

“While I respect the right for a DHS Secretary to alter the HSAC to address their needs, dismissing the entire council outright and stopping a lot of important work (that was underway) is not the right approach,” he tweeted.

While I respect the right for a DHS Secretary to alter the HSAC to address their needs, dismissing the entire
council outright and stopping a lot of important work (that was underway) is not the right approach. https://t.co/kwEt6XHISu via @politico

Meanwhile, House Homeland Security Committee Ranking Member John Katko (R-N.Y.) also railed against Mayorkas’ decision to disband the current council, saying he believes it is another sign the current administration “has no intention of upholding a bipartisan, unifying approach to securing our homeland.”

“It’s an absolute shame that Secretary Mayorkas has removed these well-respected homeland security leaders who have dedicated their careers to strengthening our homeland security posture,” he said in a statement.

“I would urge the Secretary to take a thoughtful approach as he reconstitutes the HSAC and be mindful of the message he intends to send,” he added.

Mayorkas has blamed the current migrant surge not on President Joe Biden’s reversals of Trump’s policies, but on the previous administration.

“What we are seeing is the result of President Trump’s dismantlement of the safe and orderly immigration processes that were built over many, many years by presidents of both parties,” Mayorkas told Fox News Sunday a week ago.

“That’s what we are seeing, and that’s why it’s taking time for us to execute our plans to administer the humanitarian claims of vulnerable children. That’s what this is about.”