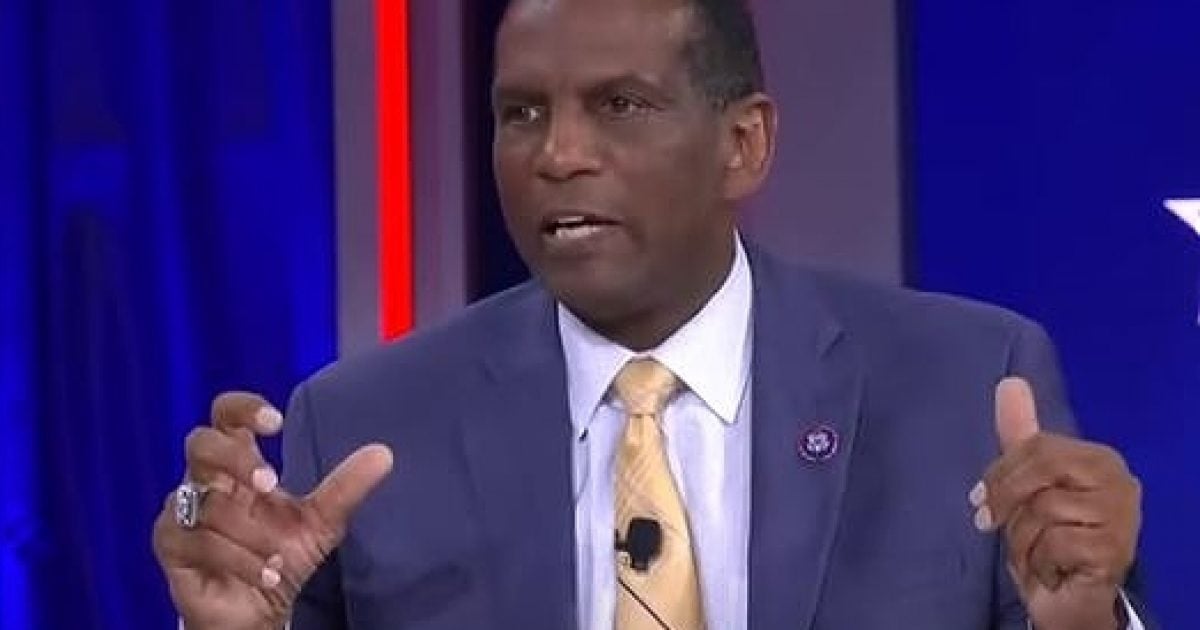 Utah Rep. Burgess Owens, who is a staunch opponent of the “For the People Act,” torched a critic of voter ID laws on Twitter and bluntly stated that those who are against showing identification in order to vote are racist.

“You know what’s racist? Assuming because I’m black that ‘I just don’t have the capability of getting an I-D,’” Owens tweeted on Thursday. “Disclaimer: We are capable of getting and I-D (and even using the internet!)”

“I use my I.D. to drive a car, to get a job, to board a plane, pick up prescriptions, and virtually everything else in life,” Owens proclaimed in another tweet. “So tell me again, why is showing an I.D. ‘voter suppression’?”

Owens had made no bones about taking a stance against the massive voting rights bill, known as HR 1 or the “For the People Act.” That bill is currently being debated in Congress and is loudly decried by most Republicans as a Democratic power grab. He was also making a statement on how he opposes two gun-control bills being touted by Democrats.

“H.R. 1 has nothing to do with the people and nothing to do with fortifying our country’s election system,” Owens declared in a statement. “Taxpayer-funded political campaigns, nullified voter I.D. laws, and nationalized elections are not a successful recipe for restoring faith in our democracy or protecting the voice of American voters. Not to mention, the proposed changes would drastically re-engineer our federal form of government by centralizing power in Washington. Our elections should be free and fair, not bureaucratized power grabs that benefit only the Democratic majority.”

You know what's racist? Assuming because I'm black that "I just don't have the capability of getting an I-D."

Disclaimer: We are capable of getting and I-D (and even using the internet!) https://t.co/WpF2zQ4KYX

I use my I.D. to drive a car, to get a job, to board a plane, pick up prescriptions, and virtually everything else in life…

So tell me again, why is showing an I.D. "voter suppression"?

Owens also tweeted on Thursday, “Want to see some serious racism? Study the history of how gun control laws have been used.”

Want to see some serious racism? Study the history of how gun control laws have been used.

Utah Senator Mike Lee also lambasted the bill and said, “I think I disagree with every single word in H.R. 1, including the words ‘but,’ ‘and,’ and ‘the.’ Everything about this bill is rotten to the core. This is a bill as if written in hell by the devil himself. This takes all sorts of decisions that the federal government really has no business making. It takes them away from the states, makes them right here in Washington, D.C., by Congress.”

Democrats claim that the bill will improve access to voting by taking away obstacles to registration and voter ID laws that they label as racist.

“This is a landmark piece of legislation that is urgently needed,” President Biden stated on Sunday. “I hope the Senate does its work so I can sign it into law.”

On Wednesday from the House floor, Owens tore into the two gun control bills supported by the Biden administration. They are meant to expand background checks and make private sales of guns almost impossible. Owens addressed gun rights:

These rights protect my life, liberty, and property, were granted to me by God, and cannot be taken away from me by D.C. bureaucrats. I grew up in the Deep South at a time when black Americans were unable to defend themselves. After the Civil War, black codes and Jim Crow laws prevented prohibited people of color from owning firearms. In the mid-1950’s Martin Luther King Jr. carried firearms for self-protection but his application for concealed weapon permit was denied because of racist gun control laws in his state.

As a child, my dad witnessed an altercation between his father and a southern white man who thought my grandfather was being disrespectful and threatened to teach him a lesson. Later that night he drove up to my grandfather’s home with a bunch of his friends, standing on the floor-runner of a Model-T Ford. My grandfather was prepared; he and his brothers had hidden around his front porch. As these bullies and cowards approached the house, they heard the click of rifles and left as fast as they came. Without firing his gun on another human being, my grandfather’s right to own a firearm ensured his rights to protect his life, liberty, and property.

Owens replied in kind after a critic attacked him for his stance on gun rights. The opponent on Twitter stated, “The NRA wasn’t on your side then and surely isn’t now. Systemic racism is real and you will never get in the rich while guys (sic) club.” Owens epically clapped back, “Racism in the old days hid behind white hoods. Now it hides behind fake profile pictures and fake names on Twitter espousing ‘woke’ ideals.”