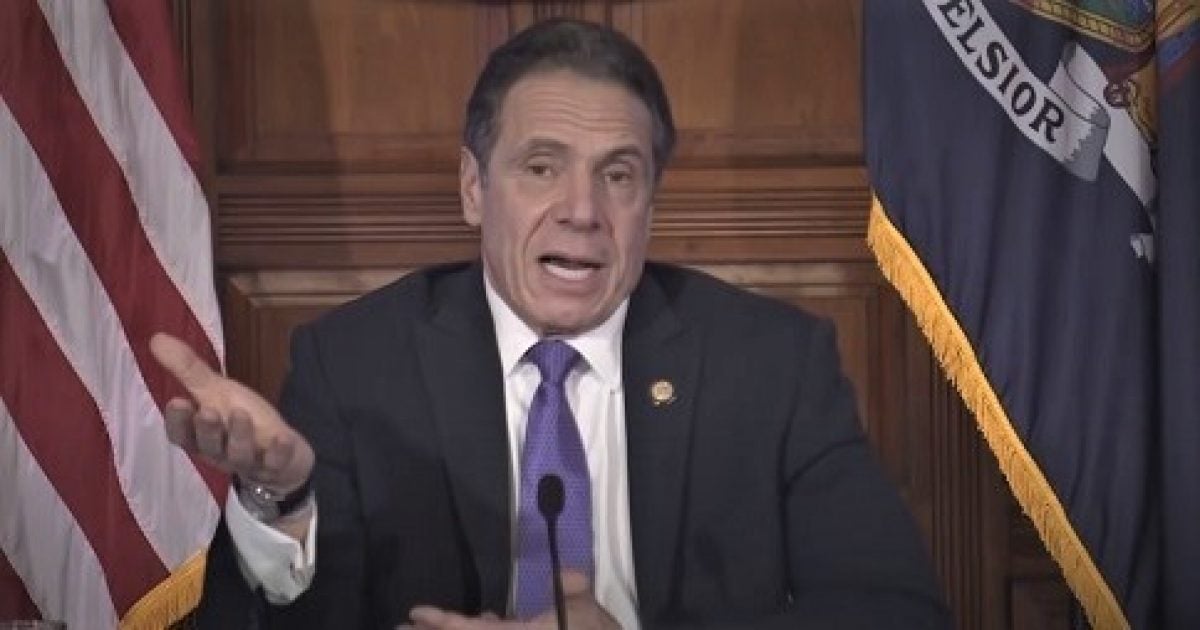 A report written by New York state health officials was altered by several key advisers of Gov. Andrew Cuomo to remove data on the number of coronavirus-related nursing-home deaths in the state.

The bombshell Wall Street Journal story said the end result was that the report said there were 6,432 nursing-home deaths, while the initial report had the tally at nearly 10,000 deaths by July 2020.

The significant undercount follows the news that Cuomo, who issued an order early on last year preventing nursing homes from turning away COVID-19 patients being discharged from the hospital, concealed the number of deaths at these facilities out of fear that the Justice Department would launch an inquiry.

More than 15,000 residents of nursing homes and other long-term-care facilities in New York were confirmed or presumed to have died from Covid-19, the Journal noted — this figure is about 50% higher than earlier official counts.

“The changes Mr. Cuomo’s aides and health officials made to the nursing-home report, which haven’t been previously disclosed, reveal that the state possessed a fuller accounting of out-of-facility nursing-home deaths as early as the summer,” the article reported.

"The changes Mr. Cuomo’s aides and health officials made to the nursing-home report, which haven’t been previously disclosed, reveal that the state possessed a fuller accounting of out-of-facility nursing-home deaths as early as the summer." https://t.co/Ejhdt6O0eH

(Under Cuomo, the state was not counting nursing home residents who became ill from the coronavirus and died later in hospitals.)

“The out of facility data was omitted after DOH could not confirm it had been adequately verified – this did not change the conclusion of the report, which was and is that the March 25 order was ‘not a driver of nursing home infections or fatalities,'” Beth Garvey, special counsel to Cuomo, said in a statement.

The New York Times reported that Cuomo’s aides “were battling their own top health officials,” which “reflected the lengths to which Mr. Cuomo has gone in the middle of a deadly pandemic to control data, brush aside public health expertise and bolster his position as a national leader in the fight against the coronavirus.”

The aides reportedly involved in changing the report included the governor’s top aide, Melissa DeRosa, Linda Lacewell, the head of the state’s Dept. of Financial Services; and Jim Malatras, a former top adviser to Cuomo brought back to help with the pandemic.

More damning for Cuomo from a timing standpoint is that this came as he was in the process of writing a book on the pandemic.

“The extraordinary intervention, which came just as Mr. Cuomo was starting to write a book on his pandemic achievements, was the earliest act yet known in what critics have called a monthslong effort by the governor and his aides to obscure the full scope of nursing home deaths.” the newspaper reported.

I’m starting to wonder if the whole cover-up was mostly about that damn book. https://t.co/faQ8puf98H pic.twitter.com/xkyzlCCDTU

The stunning report on the report being altered came the same day Charlotte Bennett, a former Cuomo aide, detailed in a CBS News interview what she said was an attempt by the governor to sleep with her.

Bennett is one of three women who have come forward recently and accused Cuomo of sexual harassment.

Rep. Elise Stefanik, R-N.Y., insisted in a tweet that the latest development is further proof the actions taken by Cuomo’s administration amount to a “criminal corruption coverup scandal at the highest levels of New York State government.”

As I have long said, this is a criminal corruption coverup scandal at the highest levels of New York State government.

Fox News senior meteorologist Janice Dean, who lost both of her in-laws last year in nursing homes, has been on a one-woman crusade to expose Cuomo’s handling of the pandemic.

Dean responded to the latest development with a simple take: “They should all go to jail.”

They should all go to jail.

1. falsified a report re: nursing home (NH) deaths so that #’s would appear low
2. refused to share the # of NH deaths w/the legislature
3. lied, repeatedly, to the public, the press, and while *under oath* in legislative hearings https://t.co/1iH02kCydu

How is Andrew Cuomo not in prison

🚨🚨🚨What more does the State Legislature need to know before the Cuomo Impeachment process begins? https://t.co/Jr5LtsfjA3

Like this wasn’t predictable! Throw a few staff members under the bus so the big guy can keep rolling along.

this is a wayyy bigger deal than the current sexual harassment allegations.

the allegations need to be investigated before we can come to any substantial conclusion with them, but the governor’s office already admitted to deceiving people with their report