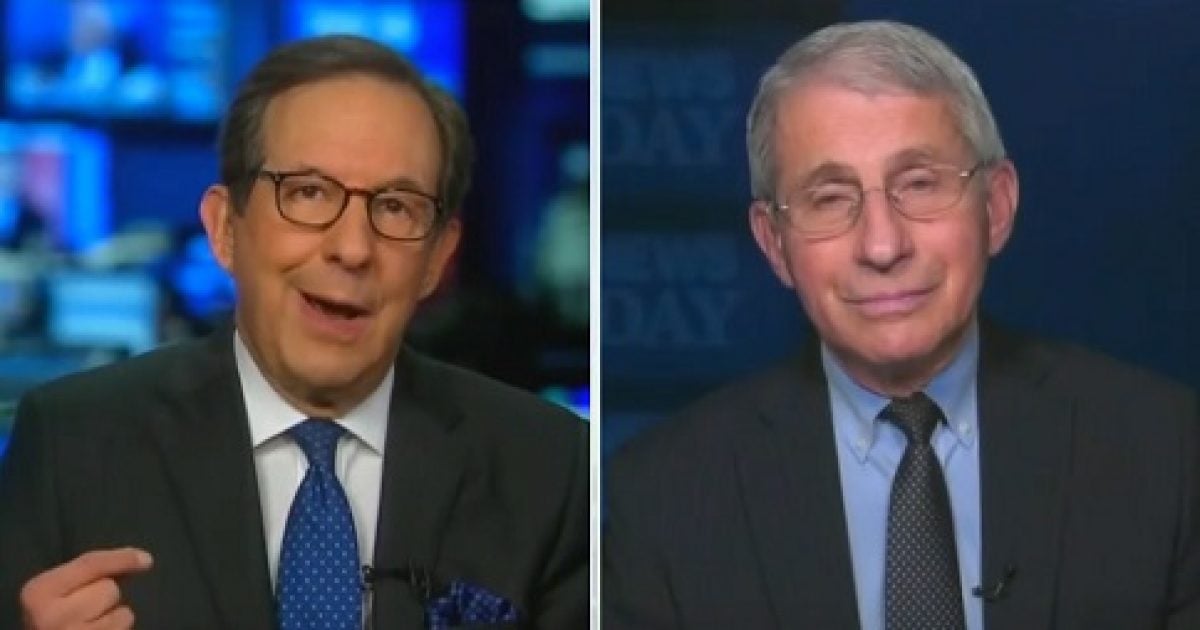 Wallace noted that Vice President Kamala Harris and Centers for Disease Control and Prevention Director Rochelle Walensky were inconsistent about teacher vaccinations being necessary for schools to reopen.

After running a clip of Harris refusing to say these vaccinations are not a requirement, which is what Walensky said last week, Wallace said, “That sounds like Vice-President Harris was following the teachers unions, not the science.”

“What Vice President Harris said is it should be a priority. She did not say it’s a sine qua non that unless you get vaccinated you cannot come into the school and teach,” Fauci countered.

The nation’s leading infectious diseases expert said that the administration wants to make the vaccination of teachers a high priority, but that it’s not a requirement.

“It should not be sine qua non. In other words, you cannot go into the school unless you’re vaccinated — we’re not saying that,” Fauci explained. “We’re saying we’re doing whatever we can to protect the safety of the children and the teachers, but it is not a requirement.”

“Is it a mistake frankly for politicians and even for public health experts like yourself to do too much projecting?” Wallace asked.

“It’s very interesting that you say that,” Fauci replied. “Because at the very end of the president’s press briefing following his visit to Michigan, to the Pfizer plant, he said exactly that, that we’ve got to be careful. That when you get asked to make a projection, you have to respond, but you’ve got to make sure that people understand that it’s merely a projection.”

He added that “a lot of mitigating circumstances can occur that would modify that,” pointing to last week’s ice storm delaying 6 million doses of the vaccine from getting out.

Wallace shifted to ask about vaccinating children, stressing that children in grades 9-12 are not returning to school as quickly as lower grade students, who are seen as less at risk.

Fauci explained that there are studies underway on older students being vaccinated.

“That will likely occur in the fall. I can’t say it’s going to be on day one of when school starts in the fall term,” he said. “On the other hand, when you have younger children, it likely will not be before the beginning of the first quarter of 2022.”

Finally, Wallace asked about Harris claiming they had to start from scratch — keep in mind that Fauci was part of the previous administration’s efforts.

“It wasn’t that nothing was done because we developed a vaccine, we got them manufactured, and they were shipped,” Fauci said. “But, as I’ve said before, you have to give the vice president a break. She didn’t mean from scratch that nothing. I mean, obviously, we had vaccines that we were giving to people even before the end of the year.”