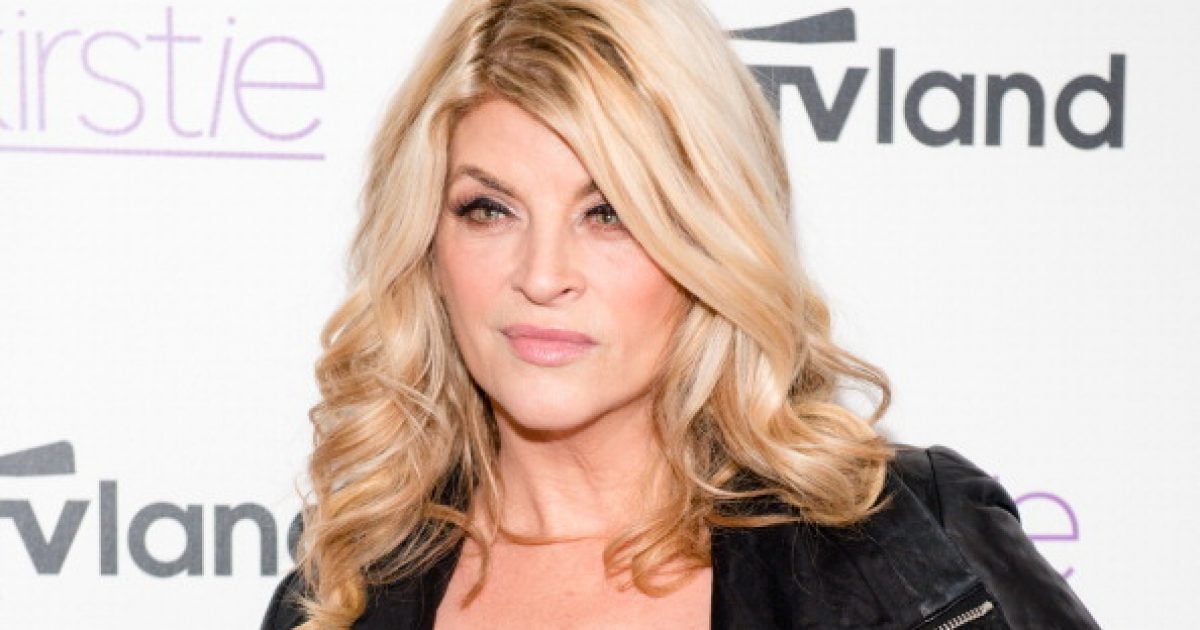 The good-natured but tough comedic star also made a sincere effort Saturday to reason with the hysterical far-left zealots who’ve been raging over the recent D.C. riots.

Alley railed over the multi-pronged censorship campaign that escalated quickly after riots at the Capitol gave tech giants and liberals the excuse they have been looking for.  Reacting to ACLU’s response to the shocking decision by social media platforms to silence President Trump and others completely, Alley compared the act to slavery.

She spent some time after that attempting to reason with the “resisters” who spent the better part of 2020 burning down their own cities.

Specifically, she posted a tweet highlighting one of the acts of terror that were committed over the summer by Black Lives Matter and Antifa extremists — and then noted how these same hysterical leftists had reacted to those riots (note the plural).

“Remember this? Remember all the fires, killing, terrorizing, destruction and yes, at FEDERAL buildings? It was HIDEOUS & ILLEGAL,” she wrote.

“Remember how these criminals got FUNDED & bailed out? NO ONE WAS OUSTED FROM PLATFORMS including politicos who ENDORSED the VIOLENCE. Remember?”

Remember this? Remember all the fires, killing, terrorizing, destruction and yes, at FEDERAL buildings? It was HIDEOUS & ILLEGAL.Remember how these criminals got FUNDED & bailed out? NO ONE WAS OUSTED FROM PLATFORMS including politicos who ENDORSED the VIOLENCE. Remember? pic.twitter.com/3w1V8jFrRI

As BLM and Antifa extremists destroyed businesses, attacked bystanders and killed multiple people throughout the summer, including a black man and a black teen, Democrat leaders and their media allies rushed to defend and protect them.

The extremists were even permitted to establish autonomous zones so they could host what Seattle Mayor Jenny Durkan, a Democrat, described as a “summer of love.”

The so-called “summer of love” in Seattle led to the deaths of multiple people, including a 19-year-old black man whose father’s heart-wrenching grief was completely ignored and buried by the entire mainstream press.

Meanwhile, social media networks did nothing to clamp down on the growing terror. To this day, in fact, the far-left network Twitter continues to allow left-wing extremists to plot acts of destruction and insurrection on its network:

This is the hypocrisy Alley was trying to point out. And the reason she was highlighting this hypocrisy was to note the uneven application of censorship that’s currently being applied to conservative and pro-Trump voices across social media.

Within the past 24 hours Twitter has permanently banned President Donald Trump and purged tens of thousands of his supporters. And now those supporters who’ve since fled to the non-establishment social media network Parler are facing the risk of being deplatformed again thanks to growing threats from Apple, Google, etc.

Again, none of this was ever applied to the left-wing extremists who rioted over the summer. Nor has enforcement ever been consistently applied to any left-winger who has used Twitter or Facebook or any other social media platform to spew hate and vitriol.

It’s a fair point Alley made, no? Yet her point was completely dismissed by the left, with leftists using every false argument humanely possible to try and push back against her.

The most common argument was that it’s OK when left-wing extremists riot and murder because their cause of so-called “racial” justice for black criminals is “real”:

One was an organic reaction to systemic mistreatment and the other was ginned up by the Commander-in-Chief.

But keep pandering to the cult.

Remember how one was about the repeated killing of black people throughout history by police and remember how this was a coup?

Comparing black people being KILLED by cops for no valid reason vs a coup because a president lies about election results is different. There was NO valid reason to storm the capitol. Trump and white supremacist using this platform to engage in an act of war needed to be stopped.

These people are losing their lives. Yes, we remember. BLM… Was seeking justice and civil rights protection. There is systemic racism in law enforcement. Yes, there was some civil unrest but mostly it was peaceful. What we saw Wednesday was an attack. An attack on all our lives

As reminder, the “peaceful protests” lasted seven months and led to the death of 23 people and injuring of 700 police officers.

Another argument is the repeatedly debunked lie that the Capitol rioters received better treatment than the BLM/Antifa extremists.

Did they try to kill the Vice President, KIRSTIE?

Did they kill 5 PEOPLE, KIRSTIE?

Did they bring bombs & guns, KIRSTIE?

Did they plan to take Congress people hostage, KIRSTIE?

Did they injure DOZENS, KIRSTIE?

Did they terrorize people over LIES THE PRESIDENT TOLD, KIRSTIE? pic.twitter.com/2DQ4icruvB

No effort was made to kill Vice President Mike Pence, nor was any effort made to hold congressional Republicans and Democrats hostage …

If you get the feeling that there’s no reasoning with these people and that Alley’s effort was, sadly, in vain, you’re not alone …