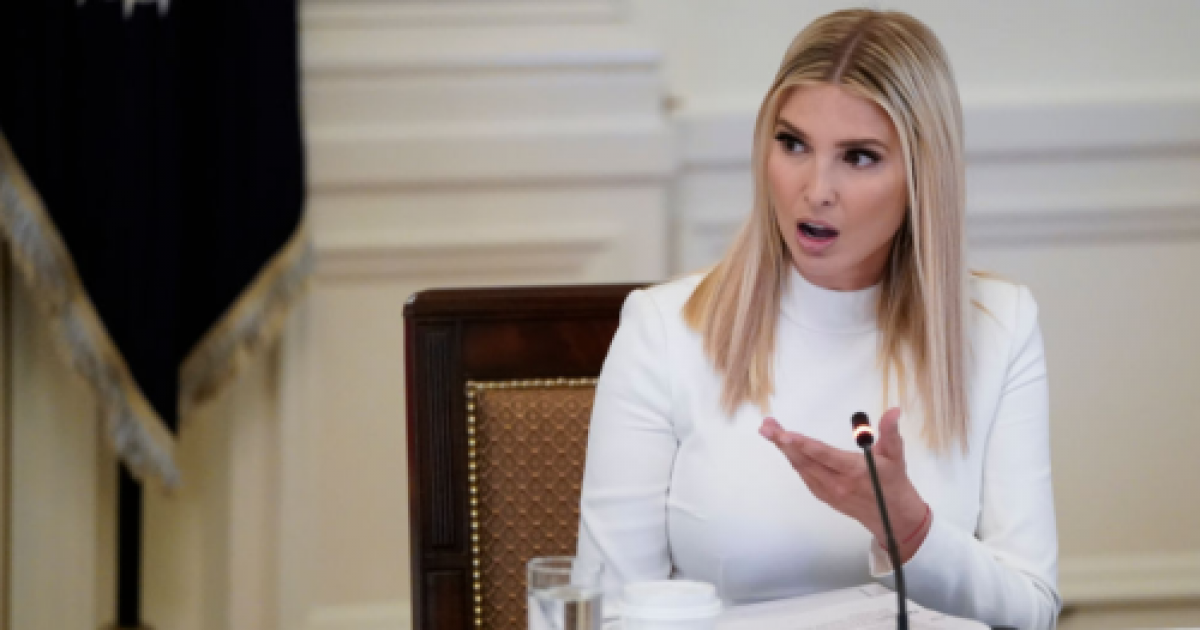 Though the left believes they have defeated President Donald Trump at the ballot box, fair or not still to be determined, the unprecedented persecution of the 45th president of the United States continues in earnest and does not exclude his family.

Be it the corrupt media establishment or hate-filled zealots doubling as Democratic officials, this president has been under fire from multiple fronts from even before he ever took office — hell, for that matter, before he was ever elected.

And should President Trump not win his legal challenges, the hostility will continue, as there is every indication that the same cabal that exploited government to attempt a coup while Trump was in office will try to use the law to convict him and his family of criminal behavior– as we saw with the Russian collusion hoax and their impeachment ruse, Democrats need no actual crime.

First daughter and senior White House aide Ivanka Trump responded to reports that the state of New York is pursuing two investigations against the Trump family to call this persecution what it is: “This is harassment pure and simple.” She further stated that the inquiry is “100% motivated by politics, publicity and rage.”

This is harassment pure and simple. This ‘inquiry’ by NYC democrats is 100% motivated by politics, publicity and rage. They know very well that there’s nothing here and that there was no tax benefit whatsoever. These politicians are simply ruthless.https://t.co/4dQoDzQlRX

Ivanka Trump was responding to a New York Times article reporting that the state of New York is pursuing two fraud investigations against Trump, one criminal and one civil. The investigations reportedly include millions of dollars of consulting fee write offs “which appear to have gone to Ivanka Trump, according to people with knowledge of the matter,” the newspaper said.

“This fishing expedition is very clearly part of a continued political vendetta,” Ivanka said in a follow-up tweet, linking to a Time article that effectively supports the claim.

This fishing expedition is very clearly part of a continued political vendetta ⤵️https://t.co/Gw0IKOWdeQ

There are rumors of the left pressuring Biden to appoint a special counsel to launch a criminal investigation of Trump, should he become president — though Biden is said to be reluctant to do so.

NBC News reported that Biden has privately said that he doesn’t want his presidency to be consumed by investigations of his predecessor.

The irony would be off the charts if the man targeted by the previous administration via the weaponization of the U.S. intelligence apparatus ended up facing charges by a member of that administration.

Biden’s actions would not have any impact on the partisan pursuits by Democrats in New York.

Americans can rest assured that this age of disinformation in post-Obama America, where the media and the Democratic Party have effectively merged into one, will not last forever and that history will come to recognize Donald Trump as perhaps the most persecuted president ever. Only then will the accomplishments achieved under such hostility be properly acknowledged.

Either way, the hate-filled left doesn’t give a damn about fair elections or real justice — here’s a sampling of responses to the story from Twitter:

Based on all the criminal proceedings facing you it is safe to say that your life after January 20, 2021 will be nothing like it was before January 20, 2021. https://t.co/xTzZelUEwD

#Ivanka clearly knows how dark a future she faces. https://t.co/kLnGlnePQ6

Ma’am, it is hard to lose immunity if you’ve broken the law many times!

In 61 days your pops won’t be able to do anything to help you.

In fact, he may be really worried about the guys he owes money to. High likelihood he’ll be distracted.