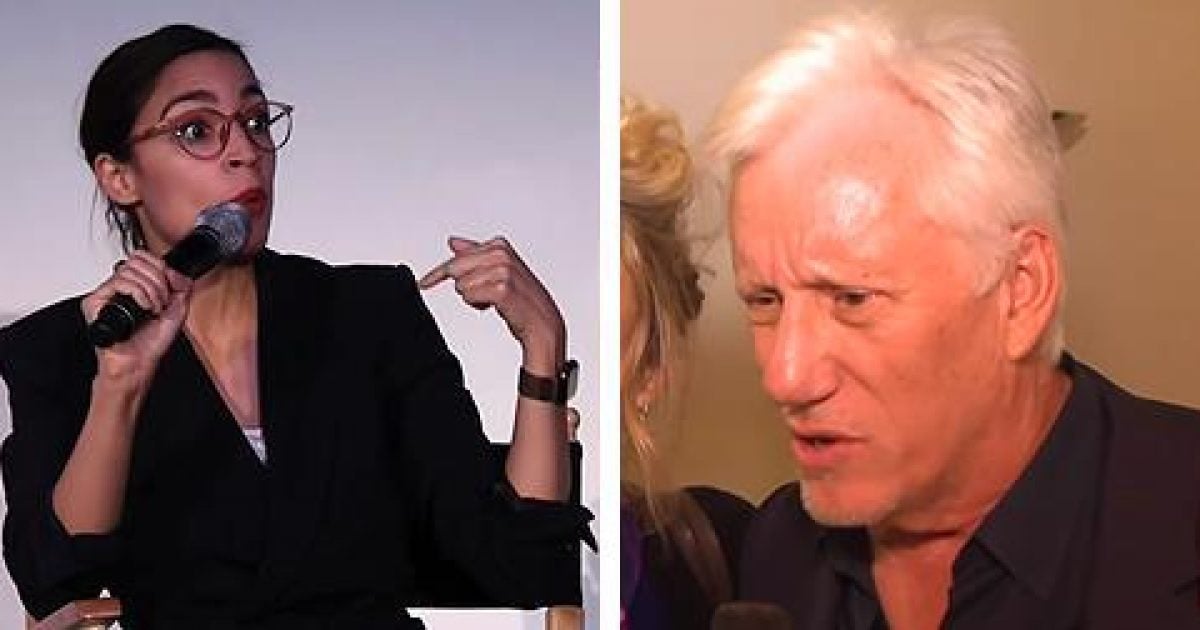 Radical Congresswoman Alexandria Ocasio-Cortez’s call for leftists to compile a blacklist of Trump “sycophants” and supporters has triggered scathing pushback, including from notables like Hollywood actor James Woods, an outspoken conservative.

In a tweet posted Friday afternoon, she asked, “Is anyone archiving these Trump sycophants for when they try to downplay or deny their complicity in the future? I foresee decent probability of many deleted Tweets, writings, photos in the future.”

In response, her own sycophants rushed to announce the launch of the so-called Trump Accountability Project, which seeks to blacklist anyone who “elected, served, funded, support, and represented” the president or donated over $1,000 to him.

Other sycophants likewise began warning that anyone who hires a Trump administration official once the president leaves office “will be held accountable,” i.e., targeted with boycotts and other mob tactics.

Some feel these calls for a “blacklist” are ominously reminiscent of the Great Purge committed by deceased Soviet dictator Joseph Stalin from 1936 to 1938. The Great Purge led to the executions of up to 1.2 million dissidents.

Included among those who feel this way is Woods, who responded directly to AOC late Friday by likening her “archive” to the political lists used by the likes of “Lenin, Stalin, Pol Pot, Castro.”

But in an unexpected twist, he demanded that she “put me at the top of your list, you moron. I’d be honored.”

Are you literally making lists? I understand you’re an ignorant nitwit who’s never had a passing acquaintance with a history book, but political lists are EXACTLY what Communists do: Lenin, Stalin, Pol Pot, Castro. So put me at the top of your list, you moron. I’d be honored. https://t.co/vQzmjwBRMe

He wasn’t alone in demanding to be included on the lists. The sentiment was widespread among conservatives and perhaps even independents.

Driving their shared anger toward the congresswoman was likely an exasperation over what has continually been outrageously dangerous, authoritarian rhetoric from her and her allies in the Democrat Caucus.

Last year she dismissed critics of her radical proposals by saying, “We’re in charge. … I’m the boss!”

That same year, one of her radical allies, fellow New York Congresswoman Nydia Velázquez, threatened a 16-year-old conservative teen by telling him he was “right to be afraid of us.”

However, the replies to AOC’s “archive” tweet Friday seem to strongly suggest that nobody is in fact scared of her and her unscrupulous ilk.

Hey @AOC, I support @realDonaldTrump and will continue to support the America First agenda against you socialists.

Go back to bar tending. You don’t belong in government. If you are making a list of Trump supporters, add me. You and the rest of the squad need to take your communist shit somewhere else. I think we the people should abolish the communist democrat party. You people are insane!

Please add me to your list you piece of trash. And you can add me to Omar’s and Tliab’s list too. The Squad is the absolute epitome of evil in this country.

Are you threatening constituents? Your not very smart sweetie. And we are not scared.

@AOC Hey you! You’re filling a list with all Trump supporters like your communist and nazi heroes Fidel Castro, Stalin, Hitler and Hugo Chavez used to do? I’m not scared of you you peace of … 💩Count me in!

Fuck you! Add me to your list! Then, Please come find me!#Trump2020NowMoreThanEver pic.twitter.com/pSYNqhcsnC

Was it necessarily wise for them to be unafraid, though? It depends.

Writing on Twitter, one Venezuelan man warned, “This is exactly what happened in my country, Venezuela.” He said that the Communists made a list of millions of people and then banned those people from jobs and state benefits.

A Venezuelan responds to .@AOC tweet calling for the creation of a “list” of Trump supporters. https://t.co/YH6DJBehbr

In fact, this has already begun happening here …

Over the past couple of years, multiple political dissidents have been silenced from speaking platforms and ostracized from business services solely because of their non-establishment ideological beliefs.

Just a month ago a black conservative activist who was violently assaulted by left-wing extremists during a free speech rally in San Francisco was systemically purged from all major social media platforms after the media falsely portrayed him as the bad guy.

I just interviewed Philip Anderson, Trump supporter who had his front teeth knocked out right before SF rally he organized against social media companies who banned and suspended him and his friends. Sending some of the interview back to the station for the news coming up at 11. pic.twitter.com/dPqkdTKEzP

Later that month, congressional Democrats made it extremely clear during a Senate hearing on social media censorship that they want even more of it …