Talk about rich, Democratic presidential nominee Joe Biden questioned the memory of voters on Monday, this coming the same day that he couldn’t remember Sen. Mitt Romney’s name or what office he was running for.

The 77-year-old former vice president was being interviewed by local affiliate WKRC  in Cincinnati and was asked about a recent Gallup poll that showed 56% of voters say they are better off now than they were four years ago.

Local 12’s Kyle Inskeep asked Biden why should people who feel they are better off under the Trump administration than the Obama-Biden administration vote for him and the Democrat’s response was to essentially tell well over half the country not to support him.

“Well, if they think that, they probably shouldn’t,” Biden responded.

Biden says 56 percent of Americans shouldn’t vote for him because they think they’re doing better under Trump. pic.twitter.com/w3fK1jZi6o

Almost comically, he then cited the wrong figure just referenced by the anchor while questioning the memory of these people.

“They think — 54% of the American people believe they’re better off economically today than they were under our administration? Well, their memory is not very good, quite frankly,” Biden said.

It was while in Ohio that Biden, for the second time this year, seemed to forget what office he was running for, saying he was running for the Senate, Biden also appeared to forget Romney’s name while taking questions from reporters, calling him “that senator who was a Mormon, the governor.”

The Democratic nominee was in town for “a small, socially distanced campaign event” at Cincinnati Museum Center, WKRC reported — this being a common manner for the media to describe Biden campaign events that are devoid of large crowds.

With three weeks until election day, Biden is reportedly well ahead in the polls, even by double digits, and there are plenty of stories about the campaign surging ahead.

But reality continues to tell a different story, as seen last week when Biden and his running mate, Sen. Kamala Harris, D-Calif., made a rare joint appearance in Phoenix, Ariz., to speak with tribal leaders around the state and there were no supporters to be found.

“Not a lot of fanfare out here. There’s really not much to see,” Fox 10 reporter Nicole Garcia said. “It’s kind of boring out here — it’s not your typical presidential campaign event. We don’t see people campaigning outside. We don’t see signs or really much of what’s going on.”

The Biden campaign explained they kept details of the event quiet to keep the crowds to a minimum because of the pandemic.

Former GOP House Speaker Newt Gingrich responded to Biden’s dismissive answer, tweeting, “For those who think this race is over.”

Gallup 56% of Americans feel better off under Trump “So why should people who feel they are better off today, under the Trump administration, vote for you?”

Biden responded, “Well, if they think that, they probably shouldn’t.” For those who think this race is over

Of course, the national media is not so quick to focus on Biden’s stumbles, as he’s now as active on the campaign trail as he’s ever been — even as he recovers from COVID-19, President Trump is running circles around his opponent.

None of the polls add up and they change all the time. Bottom line- don’t put much stock in them.

Wait sleepy joe actually responded to a question with an answer?

Somehow this man is very negative whenever he is been challenged! Don’t know why! Character problem? Or he is so sure to win so he doesn’t care at all?

It’s October 12th. I’ve never seen a nominee of one of the two major parties concede an election this far in advance …

Come on man say hi to my sister wife 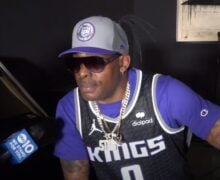