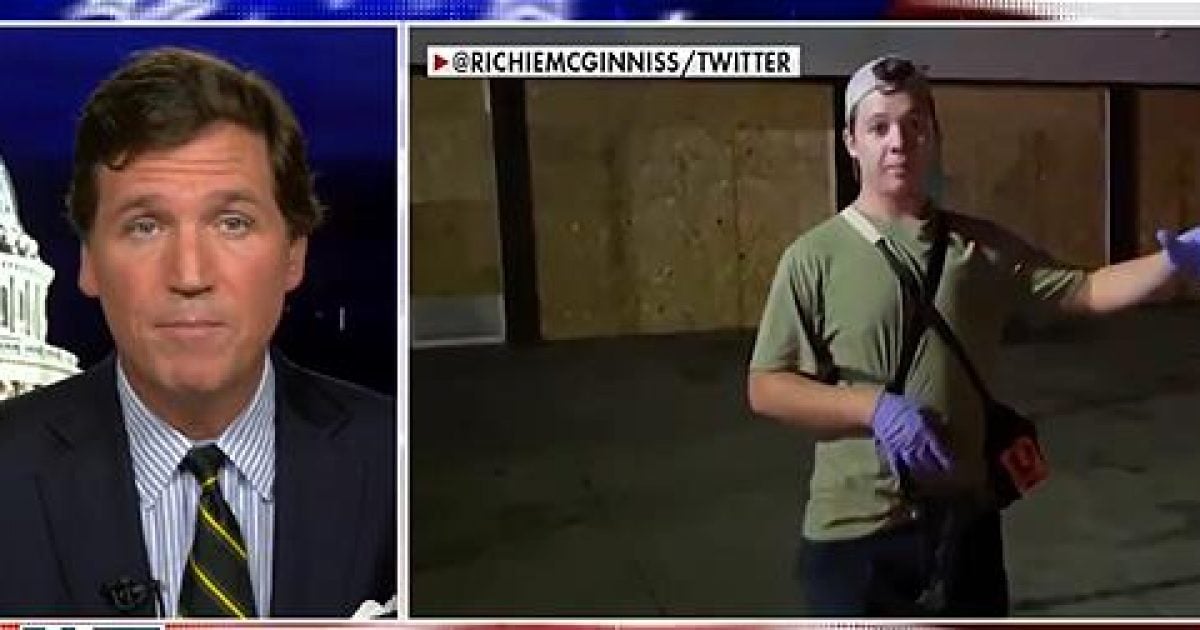 The footage also seems to demonstrate that Rittenhouse’s intentions had been noble and that the Illinois teen had purposefully crossed state lines to protect Kenosha business owners, not stir up trouble.

The first video shows the 17-year-old teen outlining his intentions.

“So people are getting injured. And our job is to protect this business. And part of my job is also to help people. If somebody’s hurt, I’m running into harm’s way. That’s why I have my rifle, because I can protect myself obviously. But I also have my med kit,” he said.

This footage fits with other known information about the teen: Prior to the shootings, for instance, Rittenhouse had spent his day working as a community lifeguard and later cleaning graffiti from a local public high school.

The second video shows more of what happened during the first shooting, when, while being chased by now-deceased left-wing extremist, convicted child rapist and suspect arsonist Joseph Rosenbaum, Rittenhouse turned around and opened fire, killing him.

This video is narrated by a member of a nonprofit organization affiliated with Rittenhouse’s defense attorney.

“Joseph Rosenbaum is seen starting more fires. Around that same time, Kyle Rittenhouse is spotted running with a fire extinguisher. With his face concealed, Rosenbaum emerges, chasing after Rittenhouse,” the narrator says.

“A single gunshot is fired by a protester identified as Alexandar Blaine. From this angle, we see the muzzle flash of Blaine’s handgun. Seconds later, Kyle Rittenhouse is pinned between parked cars. Directly in front of Rittenhouse, armed with bats and other weapons, a mob is forming a barricade.” All this was witnessed by The Daily Caller reporter Richie McGinnis.

“With no way out and no way to know who fired that shot, Rittenhouse turns to face Rosenbuam. Kyle Rittenhouse fired four shots. Seconds later, three additional shots are fired by an unknown shooter,” the narrator continues.

“One bullet grazed Jason Rosenaum’s head. Another penetrated his right groin, his left thigh and his back. With a total of eight shots fired, it remains unclear that all four of Rosenbaum’s wounds were caused by Rittenhouse.”

The third video shows what happened next: Rittenhouse tried to run “to get the police” but wound up being chased and attacked by the mob of violent left-wing extremists.

“A third protester [later identified as Gaige Grosskreutz] fakes as if he’s surrendering then suddenly advances with a handgun aimed at Rittenhouse. A single shot strikes the man’s right bicep. While visiting [Grosskreutz] in the hospital [afterward], a friend of [his] posted the following photo and statement on social media: ‘I just walked to Gaige Grosskreutz too. His only regret was not killing the kid and hesitating to pull the gun before emptying the entire mag into him.'”

Despite all this evidence — and more showing the left-wing extremists tearing Kenosha apart — only Rittenhouse has been charged thus far, and with murder to boot.

Speaking on Fox News’ “Hannity” later Tuesday evening, former Florida Attorney General Pam Bondi, a staunch Republican, expressed disgust at the fact Rittenhouse, whom she described as a “little boy,” was charged only two days after the shootings.

“You know, it’s a war zone out there. What’s it coming to in these liberal cities, when teenagers have to go out to provide aid to other people who are getting injured by these rioters?”

Her argument was that there’s clearly more to the case, though all this additional evidence is predictably being ignored and dismissed by the left and its propagandists, including those affiliated with the radical propaganda group Media Matters.

For the second time tonight Fox News is unabashedly defending Kyle Rittenhouse with Pam Bondi calling him “a little boy out there trying to protect his community” pic.twitter.com/PzDKJVSDec

Nowhere in the post above did the reporter Greg Gutfeld called a “lying scumbag” Andrew Lawrence offer any evidence to counter Bondi’s argument.