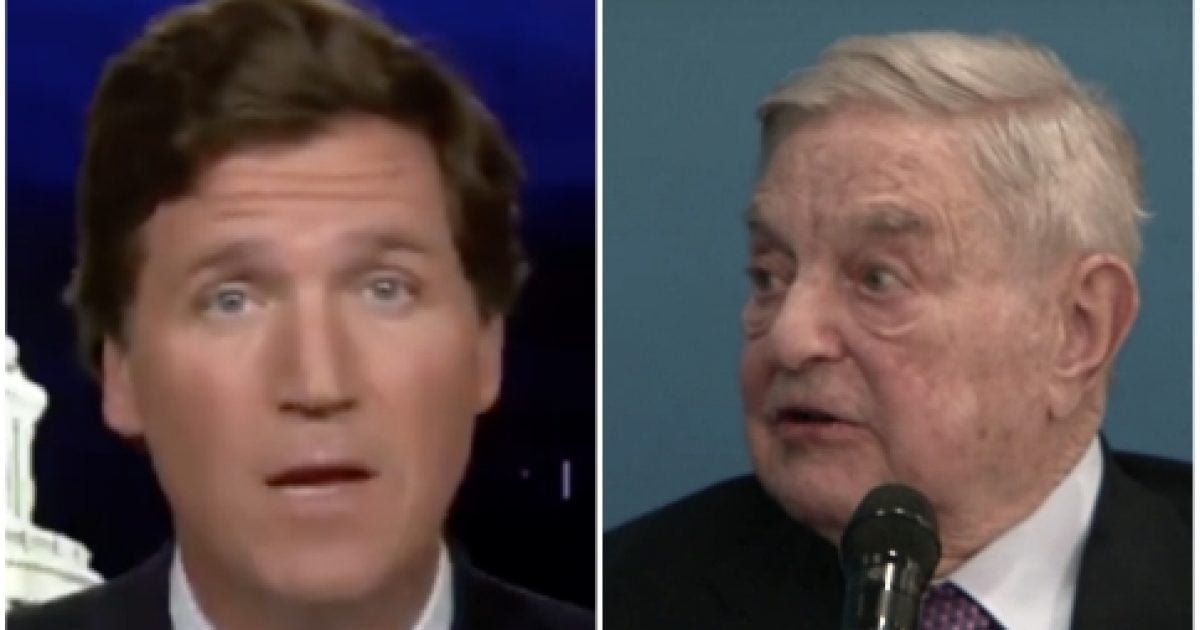 Fox News host Tucker Carlson detailed how billionaire leftist George Soros helps install like-minded prosecutors and district attorneys to cause chaos in major cities days after a bizarre incident in which a network host shut down former House Speaker Newt Gingrich as he attempted to describe the same process.

During a segment Monday before bringing in Florida Gov. Ron DeSantis, who is pushing for a new law that would dramatically crackdown on rioters, Carlson noted that Soros has been funding the campaigns of left-wing prosecutors and DAs who vow, among other things, to curb prosecutions and eliminate cash bail under the guise of ending “systemic racism” and “criminal justice reform.”

After playing clips of demonstrators mixing it up with police in Miami in May and June in which statues were defaced and vehicles set aflame, Carlson noted that “most living Americans” have never witnessed that kind of violence.

“Now, they’re common all over the country,” he intoned. “What happened?”

“What’s changed in many places is the nature of the prosecutor,” the host continued. “The people who’s job it is to make you safe are instead making it easier for criminals to terrorize your family. That’s not an accident.”

And this, Carlson continued, is where Soros comes in.

“Left-wing mega-donors like George Soros realized it’s easier to install radical DAs than it is to convince the public to let their own cities burn,” he said. “Soros has worked hard to elect district attorneys who will nullify laws against rioting and violence by failing to enforce them.”

Carlson then listed a number of local prosecutors whose campaigns were at least partially funded by groups that receive money from Soros. They include Mike Schmidt of Multnomah County, which includes the perpetually violent city of Portland.

In all, Soros-funded groups have given more than $13 million to the campaigns of left-wing DA and prosecutor candidates in 17 states, Carlson said.

That includes spending some $1.7 million getting just one district attorney, Larry Krasner of Philadelphia, elected in 2017.

“And as expected, Krasner presided over a dramatic rise in crime,” Carlson said. “Soros is trying to do the same in Los Angeles, there’s a DA race going on there now.”

The Fox News host then noted that DeSantis is going a different route in pushing for tough new penalties for rioters, looters, and people who block highways and destroy and deface property, public and private.

Tucker’s frank expose of Soros comes after Gingrich was stifled last week by Melissa Francis, co-host of Fox News’ “Outnumbered,” as well as fellow co-host and former Obama State Department official Marie Harf, as he attempted to describe the same process of how Soros is funding local left-wing prosecutors.

“The number one problem in almost all these cities is George Soros’ elected, left-wing, anti-police, pro-criminal district attorneys who refuse to keep people locked up. Just yesterday they put so many back on the street,” Gingrich said.

“I’m not sure we need to bring George Soros into this,” Francis eventually said as Gingrich continued.

“No, he didn’t. I agree with Melissa. George Soros doesn’t need to be a part of this conversation,” Harf said.

The next day, the show’s main host, Harris Faulkner, apologized for Gingrich’s treatment.

The exchange led former Fox News prime-time star Bill O’Reilly, who is now a member of The First streaming network, to come to Gingrich’s defense, saying there is a “rule” at the network that “if you invoke the name George Soros, then you are anti-Semitic because Soros is Jewish.

“That’s what the ladies were responding to,” O’Reilly continued.

The following day, former Fox News host and founder of TheBlaze TV, Glenn Beck, claimed that Soros’ influence reaches to the highest echelons of the network.