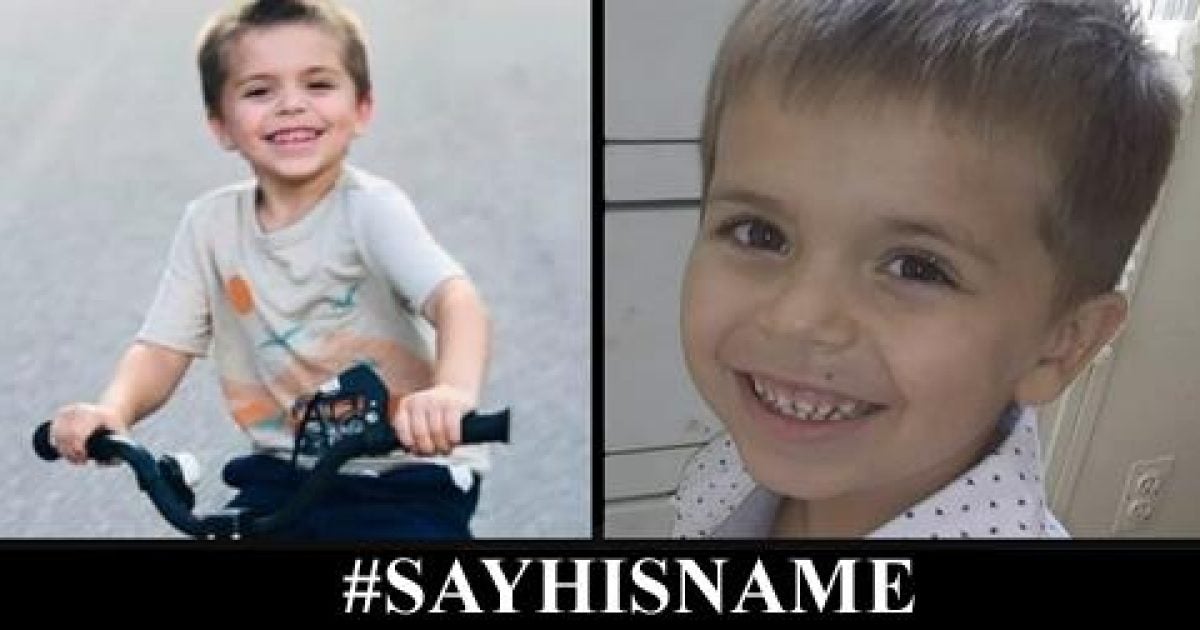 To the mainstream media figures who jump through hoops daily to defend and heroize thugs, rioters, looters, armed robbers and even mass-murdering terrorists, it’s as if deceased 5-year-old North Carolina boy Cannon Hinnant never even existed.

Hinnant, who was white, died Sunday after a black neighbor known to his family shot him at point-blank range in front of his two sisters, ages 8 and 7.

The suspected gunman, 25-year-old Darius Nathaniel Sessoms, was taken into custody the following day and charged with first-degree murder.

As of Thursday, it’d been four days since Hinnant’s murder, yet not a word about him had been written by anyone in the mainstream press, save for those at Fox News.

And according to a growing mass of Americans on social media, the mainstream media’s abject refusal to utter Hinnant’s name was patently unacceptable.

Say his name. 5 year old Cannon Hinnant was executed in cold blood while riding his bike. The accused killer is Darius Sessoms. He allegedly walked up to the boy and shot him dead in front of his sisters. Reverse the races and this is the only thing anyone talks about for a month pic.twitter.com/5V72YhAOlI

Have any mainstream media outlets covered Cannon Hinnant yet?

The deception in selective reporting is their most potent weapon because it drives availability bias which, in turn, distorts reality. It is the same as lying.

Just imagine if the races were reversed. #SayHisName

#SayHisName #JusticeForCannonHinnant He did not deserve this. This is just awful, and the media won’t even cover it because it doesn’t fit their narrative. Remember his name! #CannonHinnant

#SayHisName, media? WTF are you afraid of? Not fitting your narrative? #CannonHinnant. You KNOW if the races were reversed, it would be WALL-TO-WALL on every network. Riots would be 10x worse. But by all means, keep your biased silence.

He was targeted and executed by a black man for one reason.

Cannon was white, and #BlackLivesMatter declared war on him and all other children who look like him.

Anyone who says different is a liar.

So why are the media ignoring Hinnant’s death? If asked, media reporters like CNN’s Brian Stelter and Oliver Darcy might possibly argue that his death is a local matter and that “right-wingers” are trying to make it a national one for political purposes.

But the facts show that left-wing media outlets from The Washington Post to CNN have no qualms about running local stories when it suits them.

Case in point: On August 4th, CNN ran a story about a Pennsylvania man who’d opened fire on a cigar shop employee after being asked to wear a mask. Unlike with Hinnant’s shooting, the one in Pennsylvania resulted in no deaths.

A Pennsylvania man is facing charges of attempted criminal homicide after he allegedly shot at an employee of a cigar shop who asked him to wear a mask. https://t.co/998480zHSE

The same day, The New York Times ran a story about a shooting that occurred at “a large gathering in violation of coronavirus restrictions at a multimillion-dollar hillside home near Beverly Hills.” The shooting resulted in one death.

The link between these two particular stories appears to be the mainstream media’s documented disdain for anybody who violates coronavirus restrictions pertaining to masks and social distancing.

Nine days later, The Washington Post ran a fairly extensive story about a 10-year-old girl who’d witnessed her Hispanic mother’s murder while she was on a school Zoom call. You know who else witnessed a murder recently? Hinnant’s white sisters.

A Florida girl witnessed her mother’s fatal shooting while in a Zoom class, police said https://t.co/fTzUlebxwE

None of this is to suggest that the mainstream media are obliged to cover every local story. That would be virtually impossible. Given the loud outcry over Hinnant’s death, however, there seems to be more than enough justification for them to make an exception just like they did with the three cases outlined above. Yet they won’t. Why?

Is it because of Hinnant’s race? Is it because most of the people outraged over the lack of coverage seem to lean to the right politically? Or is it just because they’re too busy obsessively attacking President Donald Trump to care about a dead child?

Either way, it’d be nice to know the answer …