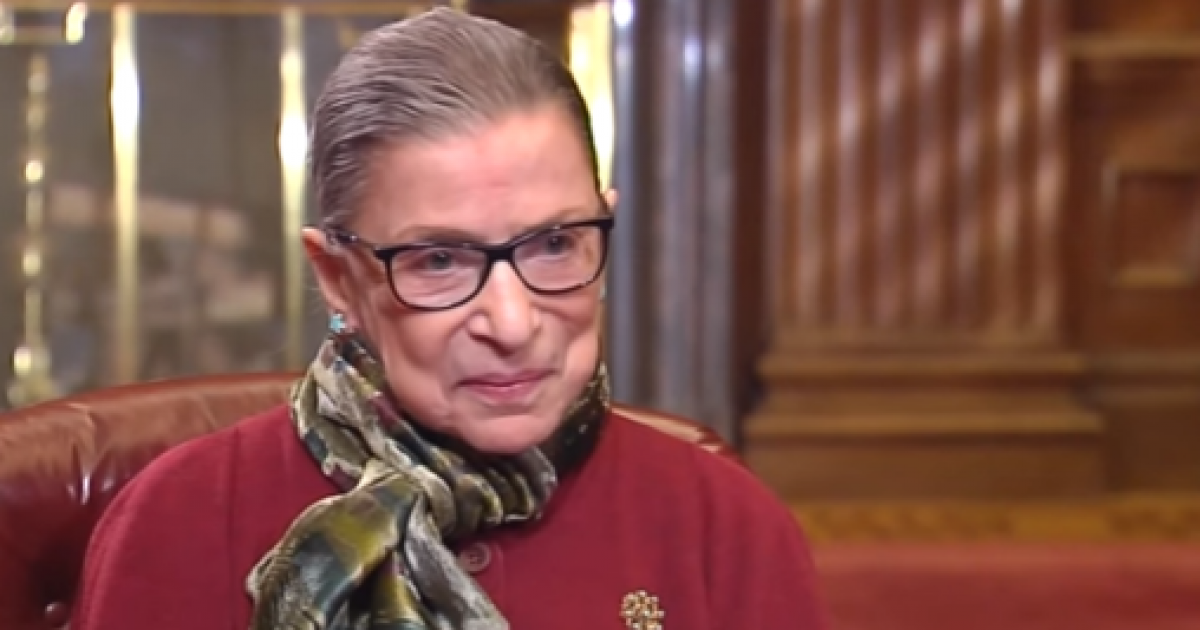 Supreme Court Justice Ruth Bader Ginsberg, who has battled cancer in the past, announced Friday she has been undergoing a new round of chemotherapy to treat a recurrence of the disease.

In a statement from the high court, Ginsberg said she began her new round of treatment May 19.

“A periodic scan in February followed by a biopsy revealed lesions on my liver,” she said in the statement.

BREAKING: Justice Ginsburg has been undergoing chemotherapy for a recurrence of cancer. “I have often said I would remain a member of the Court as long as I can do the job full steam. I remain fully able to do that.” pic.twitter.com/pU98zMt70N

“My recent hospitalizations to remove gall stones and treat an infection were unrelated to this recurrence.”

Noting that the first round of “immunotherapy” was “unsuccessful,” the justice added that the current “chemotherapy course is yielding positive results.

“Satisfied that my treatment course is now clear, I am providing this information,” she added.

Ginsberg said a July 7 scan found that the lesions on her liver had been reduced in a “significant” way.

“I am tolerating chemotherapy well and am encouraged by the success of my current treatment,” she said. “I will continue bi-weekly chemotherapy to keep my cancer at bay, and am able to maintain an active daily routine.

She added that she has been continuing to write and do “Court work.”

“I have often said I would remain an active member of the Court as long as I can do the job full steam,” she added. “I remain fully able to do that.”

Subsequent announcements from the Supreme Court noted that Ginsburg was resting at home.

In May, Ginsberg, 87, put out a statement detailing her hospitalization.

“Following oral arguments on Monday, the Justice underwent outpatient tests at Sibley Memorial Hospital in Washington, D.C., that confirmed she was suffering from a gallstone that had migrated to her cystic duct, blocking it and causing an infection,” she wrote.

“The Justice is resting comfortably and plans to participate in the oral argument teleconference tomorrow morning remotely from the hospital. She expects to stay in the hospital for a day or two. Updates will be provided as they become available,” the high court added.

Ginsburg initially underwent surgery in December 2018 to have cancerous legions removed from a lung.

She is the high court’s oldest justice and a four-time cancer survivor. Previously, she has battled colon and breast cancer, and had a brief bout with pancreatic cancer.

Ginsberg was nominated to the high court in 1993 by then-President Bill Clinton. She has been one of the most reliably liberal justices since.

Supporters want her to remain there for as long as possible — at least until a Democrat president is elected and can theoretically replace her with another justice who is just as Left-leaning.

RGB supporters also fret that should she be forced to step down while President Donald Trump is still in office, he will appoint someone that will move the court right-ward for the foreseeable future — despite being disappointed during this past 9-month high court term by justices who he appointed and who were appointed by previous Republican presidents.

I admire this woman’s courage and strength but this is wrong. It’s just wrong. She must step down.

She really needs to step down, and the court can begin the term in the fall with eight justices until after the election.

Sincere thoughts & prayers up for the notorious RBG . You are my #Hero in a country where #Heroes are sometimes hard to find 💔