Economist Thomas Sowell says the left’s hair-brained Marxist ideology is so fragile that it “falls apart like a house of cards” under the slightest scrutiny.

Sowell is a best-selling author and a senior fellow at the Hoover Institution, a public-policy think tank.

Dr. Sowell says like many of today’s misguided leftists, he was a Marxist when he was young. However, Sowell says he outgrew those immature beliefs once he started working and paying taxes, raising a family, and became an emotionally evolved, responsible adult.

“I think many of the people who were in the movement that created the Soviet Union were probably idealists wanting a better world,” Sowell said on the podcast The Mark Levin Show. “They had no idea what kind of world they were in fact creating.”

Similarly, Sowell says today’s left mistakenly believes it “has the better vision” — until you start examining it below the surface.

Once you go beyond the left’s hollow mantras, Sowell says: “Suddenly, everything collapses like a house of cards.”

Sowell said this is because the Left’s ideology is all about meaningless mantras like “Black Lives Matter” and “No Justice, No Peace” and is not based on facts or logic.

In reality, Sowell says today’s leftists are clueless simpletons who are chasing their own tails because they have “no idea” what they’re talking about.

“For example, one of the things I came across in writing a previous book was the poverty rate between blacks and whites,” Sowell recounted. “If I remember the numbers correctly, something like 22% of blacks were in poverty while 11% of whites were in poverty. They’re like ‘Well, that shows the racism.’” 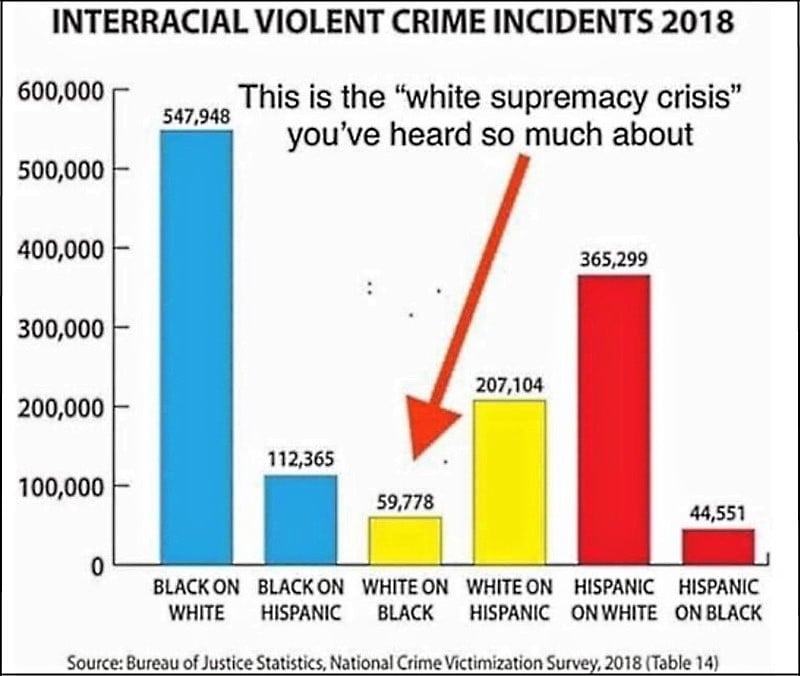 Thomas Sowell says today’s leftists were unwittingly brainwashed from childhood because of the left-wing leanings of American public schools.

“They hear the same [left-wing] narrative and are not taught how to test things against facts.

They’re just taught to repeat these slogans. And when you try to talk to them in terms of FACTS, they think that you’re trying to confuse them.”

It’s the same thing with how leftists and their media minions repeatedly stoke resentment among black Americans over slavery. They act like slavery was solely an American institution and that the United States introduced black slavery to the world.

In reality, slavery existed on every continent in the world for centuries before it came to America. Every race was enslaved at some point; slavery is not an experience that is unique to black Americans.

Yet black Americans and patronizing white leftists incessantly howl about an institution that a white Republican president ended 155 years ago.

To this day, black slavery exists in many Muslim and African countries around the world. But there’s no left-wing outrage or media hysteria over the actual systemic racism against blacks in the Middle East or Africa. Why?

Sowell explained: “Because there is no money to be made denouncing it and no political advantages to be gained.”

Dr. Sowell has repeatedly pointed out that “the number of whites who were enslaved in North Africa by the Barbary pirates exceeded the number of Africans enslaved in the United States and in the American colonies before that put together.”

Steele — who’s half-black and half-white like Barack Obama — said Democrats and the left-wing media are stoking resentment among blacks to trigger a race war to win back the White House.

Steele says the grievance-mongering industry is a lucrative gravy train.

“When people start to talk about systemic racism built into the system, what they’re really doing is expanding the territory of entitlement,” Steele said.

Shelby Steele said the race war is happening because blacks and whites don’t admit the truth. “[They don’t have] the courage to look at black people and say, ‘You’re not carrying your weight,’” Steele said.

So instead of confronting the truth, the Left feeds into the victim mentality and entitlement complex.

“I’m exhausted with that,” Steele said. “There is no excuse for [black Americans] being where we are right now. We have let this guilty society and our grievance industry put us in this impossible position where we are a permanent underclass. Before the 1960s, there was no black underclass. That’s a new phenomenon.”