A video making the rounds shows an angry black woman getting up in the face of an older white man, using vulgar profanity and making violent gestures as she attempts to shut him up.

The incident reportedly took place Saturday in Tulsa, Oklahoma, ahead of President Donald Trump’s first rally since the pandemic brought on by the virus imported from Wuhan, China.

The video is an accurate depiction of life in post-Obama America, where how one may “feel” is paramount to all other considerations. The woman is raging in the man’s face, violating his personal space again and again as she exhibits no respect whatsoever for him.

The appropriate question, as seen from a social media user, is: “Why does this woman think she can do this???”

Why does this woman think she can do this???

Clearly, she feels justified in her actions — or has become accustomed to bullying her way through life.

As for the man, he initially tried to reason with the woman, appealing to her to listen to what he has to say — he appeared to be intervening in another altercation she was involved in.

He tried to tell the woman that he was on her side, but he quickly loses his patience, eventually telling her “shut your f*cking mouth!”

“You shut the f*ck up!” she screams back. “I ain’t scared of your white ass.”

As some one steps between them, perhaps an organizer of the anti-Trump protesters, the woman threatens the man, “I will lay your old ass out!”

“Take you best shot!” he replied, stepping back and putting his hands out to his side.

Others stepped in and tried to separate them, but the man is not about to concede to the woman, walking around her to lean up against a storefront window.

She screamed at him for antagonizing and bothering them, berating the man for not walking away.

When he finally does leave, she almost immediately repeats the exact same scene with another white man who tried to calm her.

But again, what does she feel she is allowed to behave this way?

The video suggests that much of America could do for a quality anger management class, but it also shows the end product of media bias and the left’s identity politics.

A white man in America cannot attend a Trump rally without expecting to be called a racist.

Because of a racially divisive narrative set by the Democratic Party and their media enablers. If there is anything that scares the hell of the left, other than Joe Biden as their standard bearer, it is the uncertainty over how much support Trump may have in the black community.

Recall that some polls had the number at 30% or higher earlier this year.

But it goes deeper than this.

America has turned out an entitled generation that, while living in the greatest times known to humankind, where opportunity has never been greater or more widespread, have been convinced that they are oppressed.

A hypersensitive, aggrieved generation forever in search of something or someone who offends them. A generation quick to silence any dissent, and shut down any countering argument. A generation that ushered in the cancel culture to do just that.

And they are ripe for the picking for Democrats.

Here’s a sampling of theories about the woman’s behavior from Twitter, to include more than one suggesting she is a paid agitator looking to stir up altercation.

She is what is called an “agitator”. Her purpose is to create discord and sow dissent. See how she comes dangerously close to striking him several times? Much to his credit, he resists the natural reaction to defend himself and strike her in self defense.

Sense of entitlement and a lack of respect

This young woman is filled with such hate. More than likely she behaved like this at school. She is a bully and this is learned behavior. Someone close to her has allowed this behavior to escalate with no consequence.

Entitlement and she wasn’t raised right.

She’s earning her paycheck. She’s being paid to agitate. He said he was waiting for his pizza. Maybe he should order her one, too. Turn it into a ” summer of lovefest” like in Seattle.

Her privilege is showing

Cos no one’s ever stopped her..
And Now some people Kneel to her.

Some bizarre form of misguided pseudo-moral entitlement has overtaken some feeble minds. 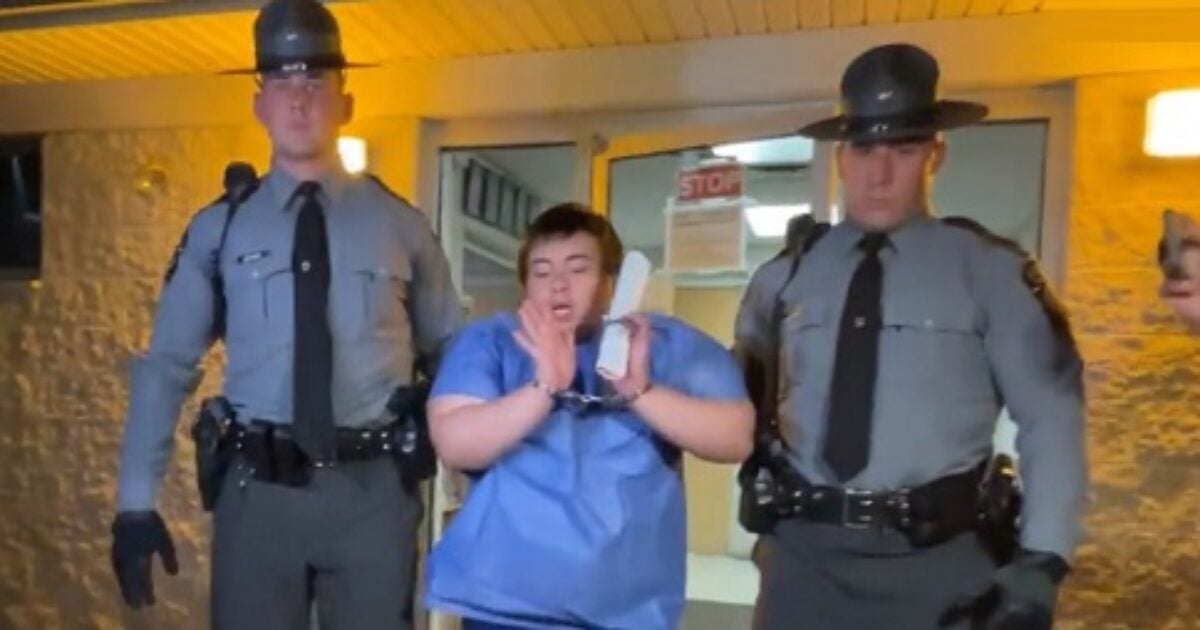