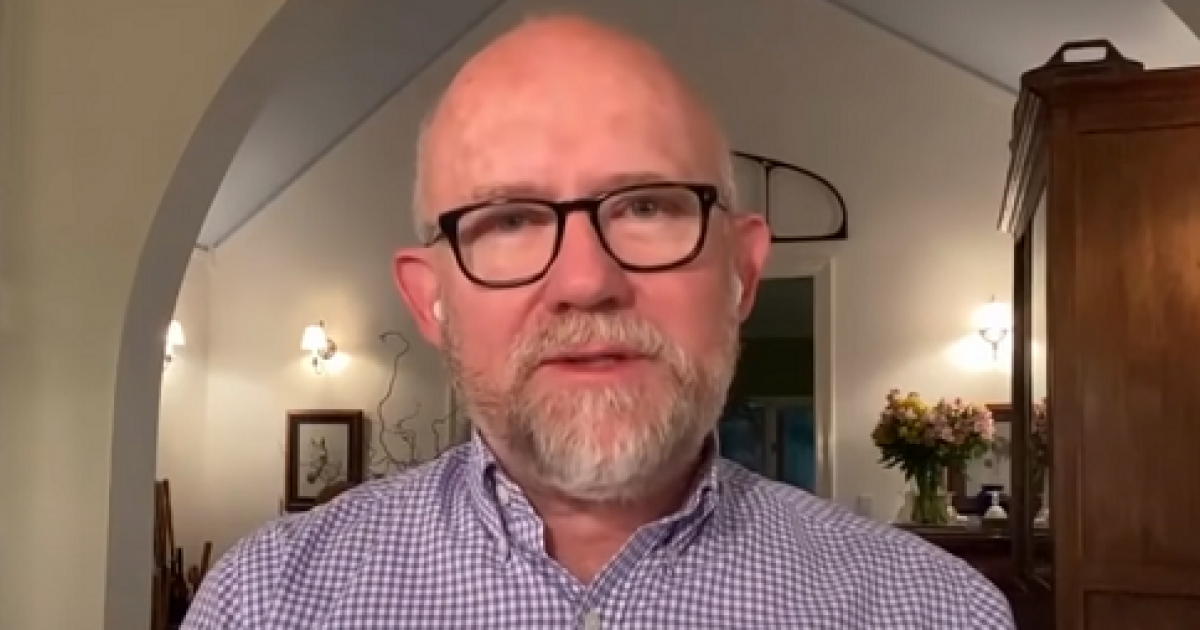 An effort that should ultimately cancel Rick Wilson, if the rage mob has any integrity whatsoever, began when Wilson took a shot a Domino’s Pizza for a graceful response to a compliment from White House Press Secretary Kayleigh McEnany — in 2012.

McEnany tweeted that Domino’s is “better than any NYC pizza,” and the pizza chain said in a reply, “That’s one heck of a compliment! Thanks for the love!”

“You just killed your brand,” tweeted the alleged conservative who has been successful in monetizing his hatred of Trump — he included a hashtag that plays on the title of an anti-Trump book he wrote.

That Wilson would dig so deep to effectively take a shot at the Trump administration prompted an outcry from those who actually have principles.

Imagine digging up a perfunctory thank you from a social media intern *in 2012* and trying to cancel Dominos because it interacted with someone who…joined the Trump administration 8 years later.

Wilson would see the tables turned on him, and what surfaced after some digging proves to come at a most inopportune time given current events.

You see, Wilson’s social media presence appears to be littered with coolers stamped with the Confederate flag — this proving to be a helluva inconvenience for someone who often appears on left-wing MSNBC.

Caleb Hull, a prominent conservative figure, shared a now-deleted Instagram post from Wilson’s wife that featured a Confederate flag and the words: “The South Will Rise Again.”

Hi @TheRickWilson, not sure if you realize, but your wife posted this on Instagram. May want to delete that one too! pic.twitter.com/ISg1xUVS1u

That is not the only photo found, but before sharing the others it’s worth noting the hellacious irony in all of this.

Just last week, in response to a now “woke” NASCAR announcing it has banned the Confederate flag, Wilson the Dweeb tweeted this: “Soon, the only place you’ll see the traitor’s flag of the loser Confederacy flown is at @realDonaldTrump rallies.”

Soon, the only place you’ll see the traitor’s flag of the loser Confederacy flown is at @realDonaldTrump rallies. https://t.co/CjsvF3eiwM

All of which leads to the damnedest thing, Hull kept finding Confederate coolers!

Hi @TheRickWilson, I know you’re desperately deleting pictures of your confederate “THE SOUTH WITH RISE AGAIN” cooler you have, but it looks like you missed one.

That thing goes everywhere with you, huh? pic.twitter.com/LjxRP6jt2Y

Wilson’s wife briefly engaged Hull and claimed the photo had been doctored — the trouble with that argument is that hubby had yet to pull it down.

The photo of a cooler with a Confederate flag on it that she is calling “fake” is literally still up on Rick Wilson’s Instagramhttps://t.co/TvkolQPngc https://t.co/9LlMo0jts7 pic.twitter.com/7Ix6tAYT2w

Hull shared some of the exchange he had with Wilson’s wife, who proved to be as petulant as her husband.

Rick Wilson’s wife, Molly, just rage DMed me claiming the photos of their confederate “THE SOUTH WILL RISE AGAIN” cooler is fake.

I sent her the instagram link, which is still live, and then nuked her.

It all started when he tried to cancel Domino’s.

OH, YOU THOUGHT THIS SAGA WAS OVER? NOPEEEEE

Rick Wilson’s wife continued to DM me then admitting that the photo of the confederate cooler was *NOT* fake as she previously claimed.

After I responded, she blocked me. 🙃 pic.twitter.com/ew53fsBBsN

In case you weren’t keeping score here, Hull eventually won out over the couple who can apparently dish it out but can’t take it.