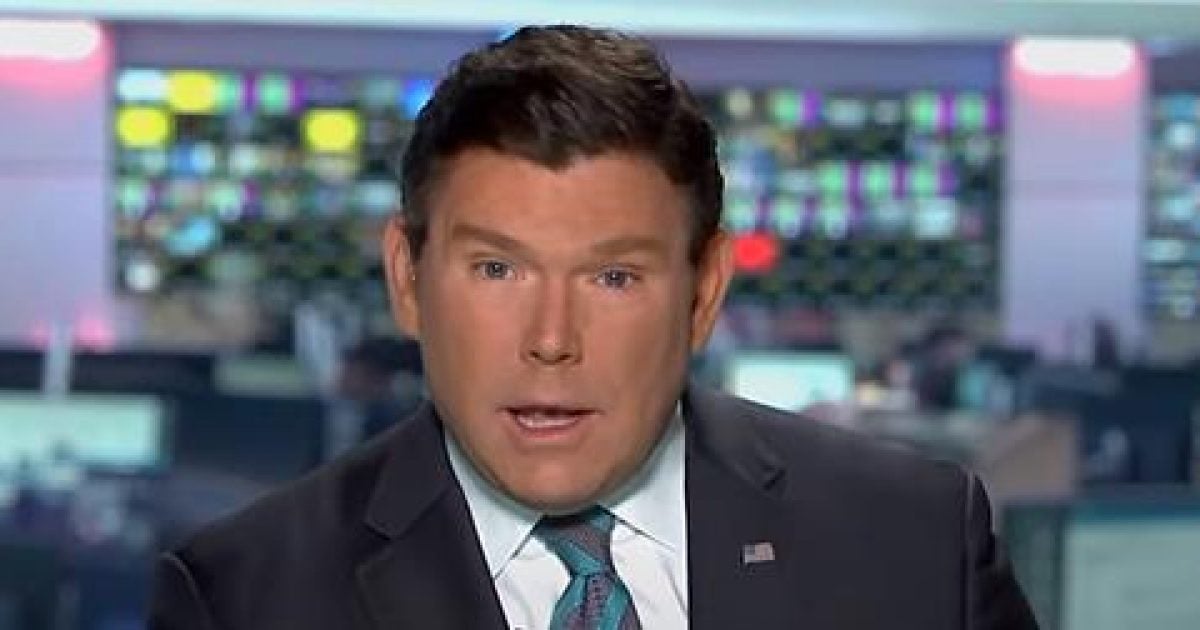 Fox News made a boo-boo. A really big boo-boo. One so big that other mainstream outlets that average over a dozen boo-boos a week are now aghast that Fox News has dared to accidentally make its own egregious boo-boo.

FOX NEWS CHANNEL:
“The infographic used on FOX News Channel’s Special Report to illustrate market reactions to historic periods of civil unrest should have never aired on television without full context.We apologize for the insensitivity of the image & take this issue seriously.”

During a segment of Fox News’ “Special Report With Bret Baier” the night before, he’d briefly thrown the program to Fox Business Network correspondent Susan Li for some economic analysis.

After speaking briefly about the latest jobs report and its effect on the already booming stock market, Li then contrasted the market’s gains with other notable historical events.

“Stock markets hitting new highs despite the nationwide protest this week,” she said. “Historically, there has been a disconnect between what investors focus on and what happens across the rest of the country.”

To convey this point, FNC featured the following graphic: The graphic was factually accurate in denoting the bizarre but inexorable stock market gains that have seemingly always followed certain historical events.

Moreover, the graphic was based on facts that had already been laid out in a report published at The Wall Street Journal days earlier.

Nevertheless, the graphic was found to be highly distasteful and insensitive, to the point that congressional Democrats and their media allies joined in screaming pure fury and indicting Fox News for not having a soul and being a home to white supremacy.

This is a horrific graphic to have put up on air.

Fox News bares what is has in place of a soul: https://t.co/uDFkpiOHsc

This graphic makes it clear that @FoxNews does not care about black lives. https://t.co/gYqC2B0n4F

This is how they mourn the loss of black men at #FoxNews – by how much the stock market goes up.
What. The. Hell! https://t.co/Vll1NCUrIJ

I appeared on Fox a couple years ago & quickly vowed to never appear there again. People have been asking how can any Black person work or appear on this network given this 👇🏽But truthfully, this question shouldn’t be specific to us. We should ask this of EVERYONE. #AbolishFox https://t.co/NyRYeayoea

“Daddy, what white supremacy? And what do you mean when you say it is structural?”

I am a professional word having person and I have no words to describe the people at Fox who thought this was okay. https://t.co/9D7dBvr299

The gaslighting was astounding coming from these people. Fox News made a boo-boo for which it has since apologized. These people, on the other hand, regularly and unrepentantly publish hateful diatribes and then never apologize for them.

This might be the White people news that finally breaks me. https://t.co/DXVw48aP7i

White people no longer surprise me.

White people want to vote like black women until it’s time to vote.

This isn’t some random person on the street. He’s a celebrated, recognized media figure purposefully and unremorsefully behaving like a bigot. But because he’s a far-leftist whose views align with the mainstream, he’s never held accountable.

Similarly, among the media figures who’re now aiming fury and condemnation at Fox News are plenty who’d smeared Republican governors like Brian Kemp and Ron DeSantis only months earlier. And FYI, none of them have apologized.

Nor has anyone in the mainstream establishment media apologized yet for smearing President Donald Trump twice this week alone.

Also keep in mind that these aren’t one-time mistakes. They’re habitual, arguably intentional ones that have been happening on a near-daily basis since the day President Donald Trump stepped off the escalator at Trump Tower five years ago.