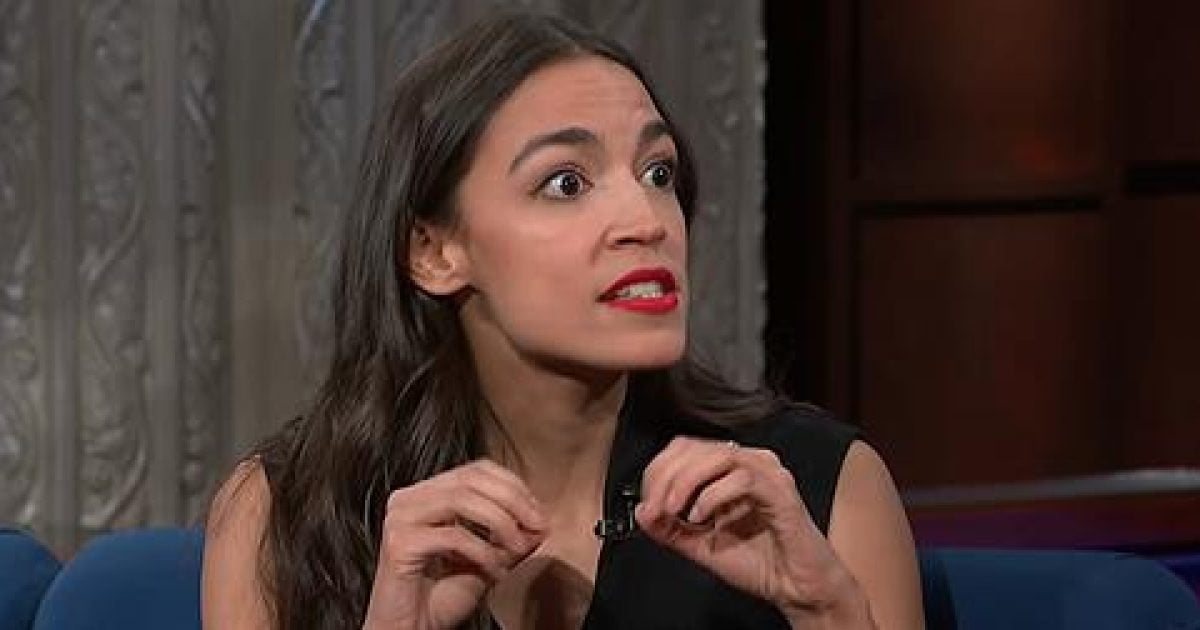 The left-wing New York Times caved to mob bullying by changing its front-page headline after triggered leftists whined that it was too pro-Trump. The original, benign headline read: “As Chaos Spreads, Trump Vows to ‘End It Now.”

After Democrats like “Bronx Bolshevik” Alexandria Ocasio Cortez claimed it was too favorable to Trump, the New York Times changed the headline to a menacing tone: “Trump Threatens to Send Troops Into States.” The cover headline accurately stated that President Trump had vowed “to end it now,” meaning end the rampant rioting and looting occurring in Democrat-run cities.

There was nothing pro-Trump about the front page, which correctly stated that “chaos” was spreading across the country.

As Chaos Spreads, Trump Vows to “End It Now”#nytimes pic.twitter.com/D4vV55KKEY

You’ve got to be kidding me. https://t.co/XJqrTH5P7c

This is absolutely embarrassing, and also utterly unsurprising. https://t.co/LrLue08NHl

Holy fucking crap – the Times is pro-fascist. This is it, they've crossed over to full compliance with the regime. https://t.co/eBqU4tC4N4

If the New York Times thinks this accurately describes what happened today, I have no idea what country they've been living in – they should just let Trump write their headlines. https://t.co/zZn7H5cZiC

At some point in the night, the New York Times caved to the mob harassment and changed its front page headline to be anti-Trump (like it does the other 364 days of the year).

By now, everyone knows that the New York Times, CNN, and most mainstream media outlets are run by Trump-hating liberals. And this left-wing bias colors their “news coverage,” which is supposed to be objective.

In 2019, a former executive editor at the New York Times admitted that the leftist newspaper is definitely biased and “unmistakably anti-Trump.”

Jill Ambramson revealed in her book, “Merchants of Truth” that being anti-Trump is the business model for most media outlets. Why? Because it’s profitable to stoke anti-Trump hatred and foment race wars that divide the country.

So basically, Ambramson confirmed widespread suspicions that the media are little more than leftist political operatives masquerading as “journalists.”

Abramson said the New York Times trashes President Trump around the clock because he is a cash cow for them.

She noted that the New York Times enjoyed a massive “Trump bump” during his first six months in office, when its digital subscriptions rocketed to more than 2 million — that’s a whopping spike of 600,000 subscribers.

Jill Abramson’s comments mirror the observations of legendary journalist Ted Koppel — a liberal who slammed CNN and MSNBC for their nonstop negative coverage of President Trump, saying their ratings would tank without Trump.

Reminder: Democrats get offended when you correctly refer to riots, looting, and group beatdowns of random people as “chaos.”

This is the vest I was wearing on Friday. I bled for 2 hours after getting hit in the face with a brick near the 88 Pct. Plenty of cowardly criminals out there. Thanks to the doctors at Jamaica Hospital for stitching me up. Stay safe all my brothers & sisters in blue. pic.twitter.com/OFPNlqDDVi

TOTAL ANARCHY: The night @NYCMayor decided to make a phony curfew start at 11PM and once again refused the National Guard. This video by @NY1 was taken at a #Manhattan @BestBuy & is just one of DOZENS of businesses destroyed in NYC tonight.pic.twitter.com/sV47bXOGay

Tomorrow there will be calls for this #NYPD officer to be stripped of his badge and gun. @NYCMayor @NYPDnews @NYCPBA pic.twitter.com/HV1S6Xcowu