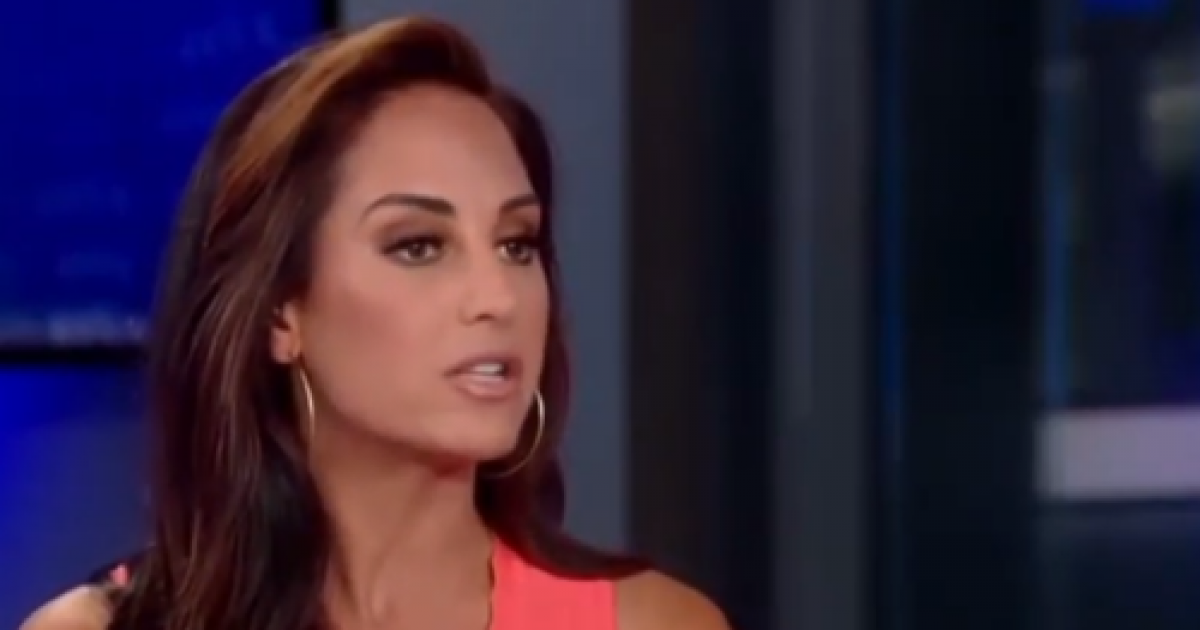 Emily Compagno, a licensed attorney with prior experience working as a defense lawyer, interning on the U.S. Court of Appeals for the Ninth Circuit and serving as a federal attorney at the Social Security Administration, is more than just a pretty face.

While this ought to be obvious to anyone with an IQ higher than that of a gnat, such facts tend to be dismissed by Fox News’ critics, and this in particular matters because Compagno frequently appears on FNC as a contributor.

Regardless of party this should horrify you. A judge resisting the prosecutorial conclusion a crime was manufactured, the interrogation “unjustified” & “untethered” to something lawful-for what gain?
WE pay his salary.
My world is criminal “justice” & I assure you- this isn’t it. https://t.co/TbdN18m2kF

“Regardless of party this should horrify you,” she wrote. “A judge resisting the prosecutorial conclusion a crime was manufactured, the interrogation ‘unjustified’ & ‘untethered’ to something lawful-for what gain? WE pay his salary.”

She added: “My world is criminal ‘justice’ & I assure you- this isn’t it.”

Her world is indeed criminal justice — and more-so justice overall.

Yet a critic immediately jumped at the opportunity to demean her by posting a tweet claiming her status as a “#FoxOpinion” contributor belies her assertion.

Your world is criminal justice? Please you work for #FoxOpinion.

As seen by the numbers below the tweet above, his trollish tweet triggered an intense backlash, with at least 1,300 Americans fighting back with criticism.

Yet none of their criticism — NONE — appeared to be as stinging and caustic as the criticism Compagno herself chose to aim his way.

Actually, Tim, I’m in my 13th year of practice- criminal defense & a former GS14 rank as an Acting Director in a top-10 Federal Agency. I’ve spent more hours in prisons & within this system than you can imagine – so why don’t you sit the fuck down & let the adults talk. https://t.co/lDAHT0vxfp

She almost seemed prepared, which would make sense given that the women of Fox News — and, in fact, all conservative women — face a constant barrage of insults regarding their intelligence and their looks, the most common being that they’re only famous and respected because of their looks, not their intelligence.

It’s a common trope that persists despite the left’s hypocritical calls for women’s empowerment.

“Spewing vitriol at conservative women is sport in the elite media, Hollywood, academia and the leftist cocktail party circuit,” Amy Cooke, the executive vice president of the Independence Institute, a Denver-based free market think tank, said in 2018 to The Washington Times.

Michelle Balch Lyng, the CEO and president of Novitas Communications, concurred, and as evidence, she pointed to the left’s treatment of former U.S. Ambassador to the U.N. Nikki Haley.

“Haley is a great role model for young women and, frankly, all women, unless you believe that women, in order to be valued, must subscribe to a specific viewpoint,” she said.

And yet: (**Language warning)

I’m endlessly amazed by the left-wing women who spend their time tweeting at conservative women calling them slut/whore/bitch/trash (or worse). Belching up hate at any woman who isn’t splashing around in their political kiddie pool. Maybe they’re bots but bots have bigger souls.

And no upstanding liberal woman should be subjected to the hate-hurling and name-calling I also see on social media.

To be fair, a higher proportion of men than women report online abuse, according to a survey conducted in 2016 by the digital security firm Norton. The difference is there’s no outcry about abuse against men — but there is left-wing outrage over abuse against women, but only women of a certain ideological bent. And that’s the problem.

None of this is to say the tweet directed at Compagno was abusive or sexist. It was simply dumb and trollish. Compagno’s reply, on the other hand, was pure savage.

That was a politely savage take down. I’d say it’s going to leave a mark, but his 22 followers probably don’t care. Stick to ad-lib’ing the lyrics to Beatles songs Timmy. Ouch!

Dude she destroyed you. Enjoy the fetal position.

Get your facts straight before you poke a tiger