Democratic Massachusetts Sen. Elizabeth Warren is ramping up her Facebook machine as she tries to raise money for Democrats ahead of the November election, though recent ads haven’t mentioned former Vice President Joe Biden, who is facing a credible sexual assault allegation.

Warren’s Facebook ad spending turned away from promoting Democrats after she ended her presidential campaign in March, according to a Daily Caller News Foundation analysis.

The Massachusetts Democrat continued posting ads, but they focused on the coronavirus pandemic and how people can support medical first-responders, as well as ways to secure U.S. elections.

She posted an ad on April 17 hyping her support for Biden, but the Facebook ads shifted focus in late April as reports trickled in fleshing out allegations former Biden senate aide Tara Reade made against the former vice president. Reade made the accusations in March before several witnesses began corroborating her allegations on April, 24, 25, and 27.

Warren said she believed Christine Blasey Ford when the latter accused then-Supreme Court judge nominee Brett Kavanaugh in 2018 of sexually assaulting her decades ago when they were both in high school.

The accusation hung up Kavanaugh’s confirmation process and nearly forced President Donald Trump to reconsider the nomination. Warren has not responded publicly to Reade’s accusations. 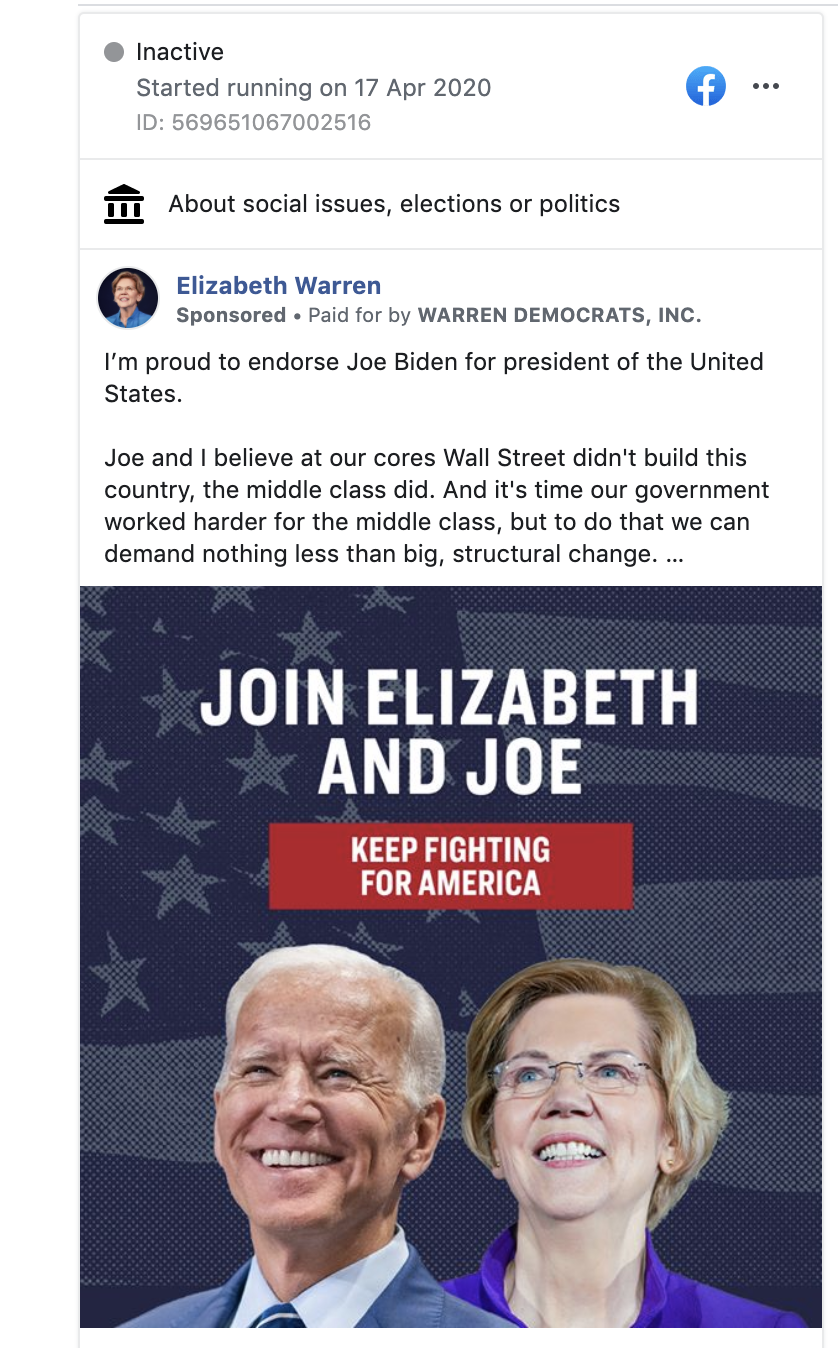 “I’m proud to endorse 20 Democrats — women who will fight for progressive change in Congress and states across the country,” the ad says, according to Facebook’s Ad Library. 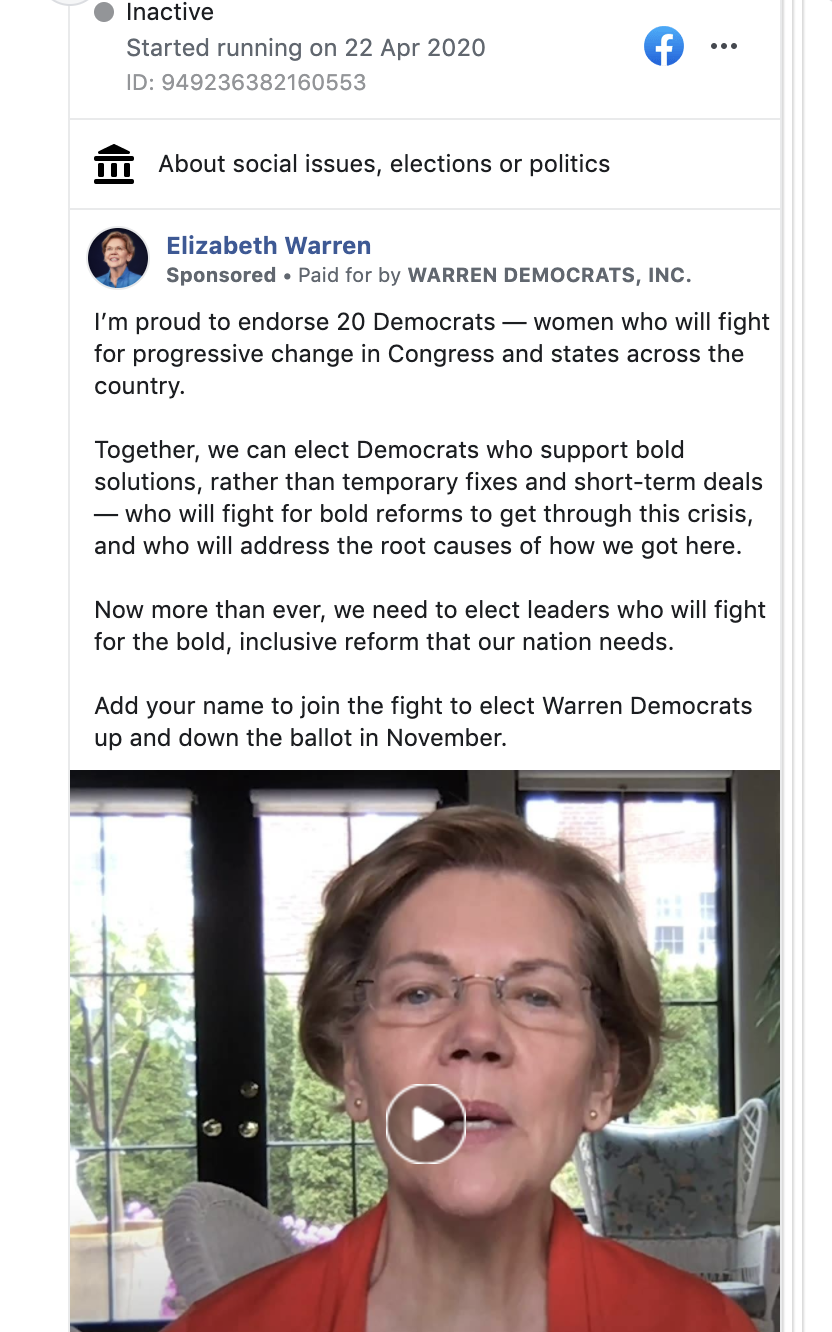 The remaining ads run from April 22 through April 29 and focus entirely on Warren’s progressive agenda.

“Real change takes a grassroots movement fighting from the outside — and leaders fighting from the inside. Now more than ever, we need to elect leaders who will fight for the bold, inclusive reform that our nation needs,” one ad posted Wednesday states.

Neither Biden nor Warren have responded to the Daily Caller News Foundation’s request for comment.

Meanwhile, Reade’s accusations are picking up steam in the media.

Reade’s mother, her brother, her close friend, her former neighbor, and her former coworker have all corroborated details of her story. Democrats are beginning to pressure the former vice president to come out more aggressively against the accusations, demanding he speak directly about them instead of relying on campaign subordinates.

“It can’t appear that she is being ignored,” Nina Turner, a former national campaign co-chair for Democratic Sen. Bernie Sanders, told the New York Times Wednesday.

“If we want to keep our credibility as a party, then we will have to agree that this allegation and any allegation should be vetted in the public,” Turner added. Sanders ended his presidential campaign on April 8 after Biden won several key primary states.

Other Democrats are chiming in as well.

“While it is absolutely essential that we defeat Donald Trump in November, trying to manage the response through women surrogates and emailed talking points doesn’t cut it in 2020 — especially if Democrats want to continue to be the party that values, supports, elevates, hears and believes women,” chief executive of Democracy for America Yvette Simpson told TheNYT.