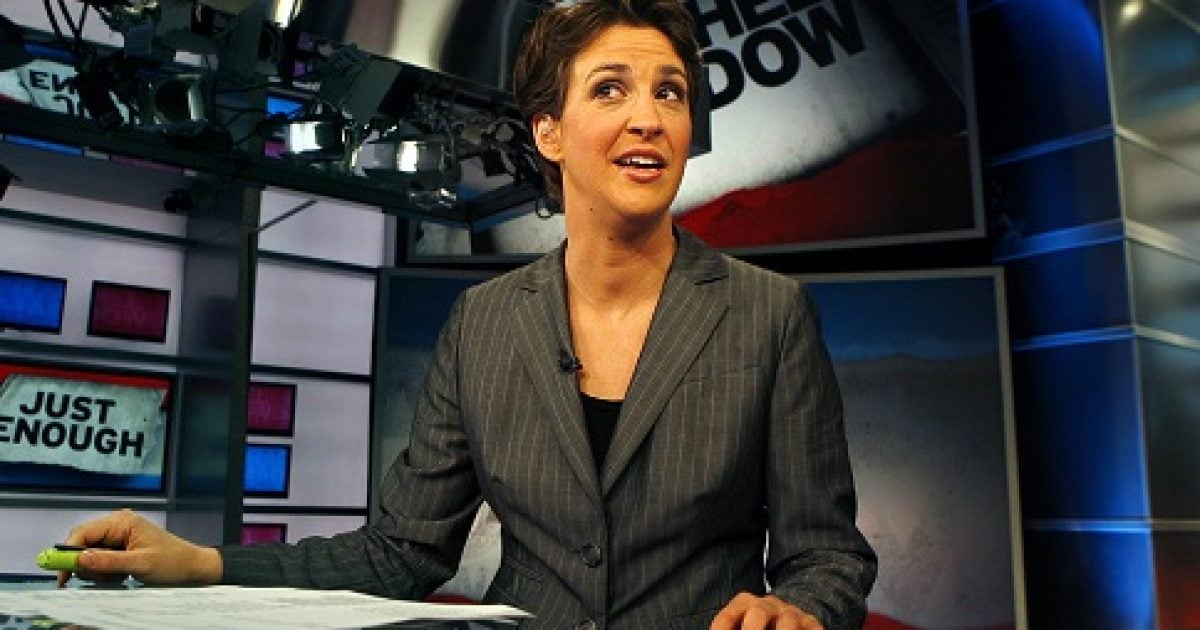 The President Donald Trump-hating comedian Bill Maher, in 2018, openly rooted for a recession, if its price meant the defeat of Trump in 2020. Maher said: “By the way, I’m hoping for it because one way you get rid of Trump is a crashing economy. So please, bring on the recession. … Sorry if that hurts people but it’s either root for a recession or you lose your democracy. … I feel like the bottom has to fall out at some point.”

Similarly, only days ago, a cable host touted the coronavirus’s “silver lining,” that the crisis, or, more specifically, Trump’s alleged poor handling of it, politically damages the president. MSNBC’s Nicolle Wallace said: “There is something both tragic, and pathetic, and ironic about the fact that it took a, you know, color-blind, gender-blind, you know, state-line-blind virus to sort of have all of the president’s sins from his first three years catch up with him. You can’t stand there and lie. … And I wonder what you think about whether or not there’s some silver lining there, that some of the things that, that we’ve been talking about for three years may be finally catching up with him?”

The anti-Trump narrative, of course, is that he botched the handling of this crisis, and that but for his inattentiveness, America would not have over 1 million coronavirus cases. This means the worse things get, the greater the chance of Trump’s defeat in November.

This perhaps explains the math of Wallace’s MSNBC colleague, Rachel Maddow. Maddow, on April 21, said: “These are the top five largest outbreaks on Earth. Number five is Germany, with just under 150,000 cases as of today. Number four is France, just under 160,000 cases. Number three is Italy. Number two is Spain with just over 200,000 cases. And then there’s us — USA. USA, biggest outbreak in the world, with over 800,000 cases now. We have more coronavirus cases than all of the other top five countries combined.”

First, does anyone really believe the number is coming out of China, a nation of nearly 1.5 billion and where the outbreak started? The Chinese government lied repeatedly about the origin of the virus, about its transmissibility and, no doubt, about its number of cases.

Third, how about a little perspective? Spain had 207,634 cases, versus our 931,698 cases. But its population is 47 million. Ours is 330 million, or seven times bigger. Multiply Spain’s number times seven, and that would be over 1.4 million, making Spain’s numbers, when adjusted for population, far worse than America’s. Likewise, Italy’s population is 60 million, making the U.S. population 5.5 times bigger. Multiply Italy’s 181,228 coronavirus cases by 5.5, and that comes to almost 1 million cases, making Italy worse than we were.

What about deaths? As of that date, the total deaths of the five most stricken countries outside the U.S. comes to 86,446, versus our 42,201.

What is it with Democrats, the left-wing media and arithmetic? Joe Biden once talked about President Barack Obama’s “three-letter” program, “Jobs. J.O.B.S.” During one of the Democratic debates, Biden said: “150 million people have been killed since 2007, when Bernie voted to exempt the gun manufacturers from liability. More than all wars, including Vietnam, from that point on.”

“One-hundred-fifty million”? That’s nearly half the population of America.

And consider MSNBC’s Brian Williams’ analysis of Mike Bloomberg giving every American $1 million, rather than spending $500 million to get elected president. Williams, with a New York Times reporter nodding at his side, said: “When I read (this tweet) tonight on social media, it kind of all became clear. ‘Bloomberg spent $500 million on ads. U.S. population, 327 million.’ Don’t tell us if you’re ahead of us on the math. ‘He could have given each American $1 million and have had lunch money left over.’ It’s an incredible way of putting it.” Actually, Bloomberg’s $500 million, at $1 million per American, would have gifted exactly 500 of us.

The country is facing a pandemic that has, so far, killed about 60,000 Americans, with many experts expecting a vaccine a year to 18 months from now, if then. But rest assured, say the Trump-haters, the sacrifice the sick and the dead have made were not in vain. There is a “silver lining.” Trump may go down in November.

So, raise a glass.