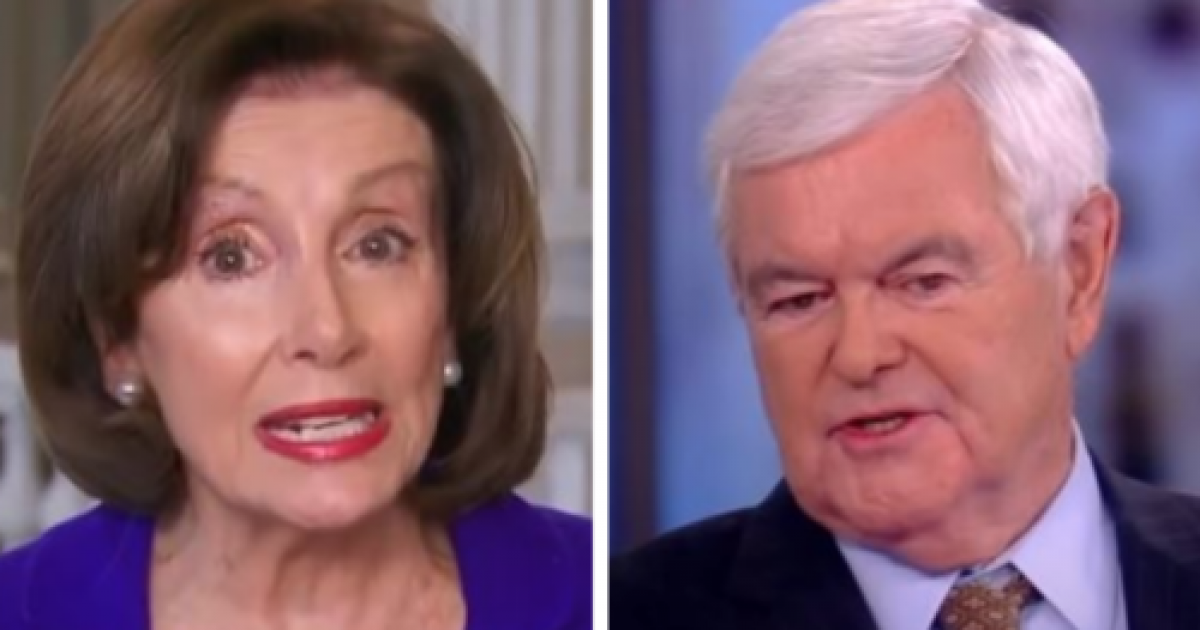 Former House Speaker Newt Gingrich called out “precious politicians” who are avoiding getting back to Washington due to the coronavirus pandemic.

Gingrich found it “bizarre” that some lawmakers would consider themselves any different from those who are working through the crisis, calling on them in tweets to get back to work or “resign.” The comments from the Republican, who served as House Speaker from 1995 to 1999, came in the wake of the attempt to hold an unprecedented proxy vote in the House amid lawmakers’ fears of traveling to the nation’s capital during the coronavirus outbreak.

House Speaker Nancy Pelosi scrapped plans on a rules change last week that would have allowed proxy voting on legislation. Republicans slammed the idea, citing the potential for abuses. But Pelosi is reportedly pushing ahead with the idea this week, speaking along with House Majority Leader Steny Hoyer to Democratic lawmakers about it during a Monday conference call.

Proxy voting is BACK on. Hoyer and Pelosi told Dems on caucus call there will be a vote next week to allow remote voting by proxy during the pandemic regardless of whether the GOP is on board this time, per Dem aide.

Her announcement that the House would return session on May 4 reportedly got severe pushback from Democrats who consider it dangerous for them to travel to and stay in Washington.

Gingrich blasted their complaining in his tweets on Sunday.

“Why should members of Congress be more precious than policemen, firemen, grocery clerks, doctors, nurses, truckers, and all the other people who are working through the pandemic,” he asked.

“This concept of ‘precious politicians’ is bizarre. If you don”t want to come to Washington resign!” Gingrich added.

Why should members of Congress be more precious than policemen, firemen, grocery clerks, doctors, nurses, truckers, and all the other people who are working through the pandemic. This concept of “precious politicians” is bizarre. If you don”t want to come to Washington resign!

He also called on “courageous citizens” who could rise to the occasion and do the job the lawmakers are afrais=d to do.

There are a lot of courageous citizens who would be glad to replace “precious politicians” and come to Washington. Call your House and Senate members and demand they block proxy voting and go back to work or resign!

A proposal drafted last week by House Rules Committee Chairman Jim McGovern to allow the remote voting indicated that lawmakers who are unable to vote in person could provide “a letter to the Clerk authorizing another Member to vote on their behalf and providing exact instruction, which must be followed, on how that Member should vote for each scheduled vote.”

“It’s clear that Democrats have no idea how to run the House during this critical time,” Mark Bednar, a spokesman for House Minority Leader Kevin McCarthy, said, according to Politico. “Worse still, Democrats are now willing to sacrifice over 200 years of precedent to atone for their lack of planning and leadership.”

Other Republicans have also been opposed to the plan.

I will NEVER support proxy or remote voting.

America is looking to its representatives to act like LEADERS with courage, not spineless sheep in hiding.

We ask our grocers to work, our truckers to drive, and our nurses to risk their lives.

Congress can show up to VOTE. https://t.co/zcVGJlejhJ

We were elected to represent the PEOPLE, not sharecrop their vote out during times of crisis. We are the proxy for the district. We don’t get to pass that duty on.

America needs us to show up.

Twitter users also weighed in the issue after Gingrich slammed the “precious politicians.”

And why are they getting paid?

@newtgingrich Why are members of the House & Senate collecting paychecks while millions of Americans have lost their livelihoods?

It seems to me they are just recognizing what most Americans have known for a long time – politicians are not “essential” workers.