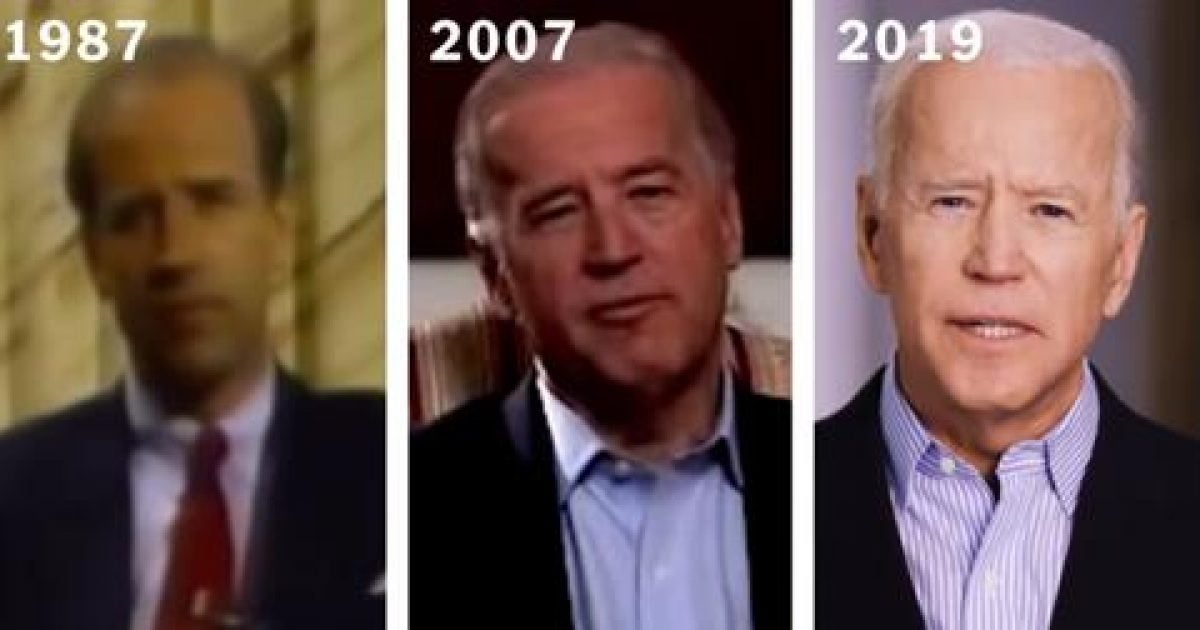 “Once you’ve been on the national scene for more than a decade, your odds of winning the presidency are really low,” Sean Trende, a “premier political number cruncher” known for his expertise in analyzing American elections, said in recent remarks to the Washington Free Beacon.

It doesn’t help that Biden is a 40-year political veteran who’s already failed twice at capturing a coveted seat at America’s helm.

“The second- or third-time runner is part of a broader trend that people who have been in elected office for a long time don’t do well, and that’s something that has been consistent going back to the 1920s,” Trende added.

Why did national Democrats think this time was going to be different?

But given the old adage “third time’s a charm,” perhaps this time things will be different? Eh, likely not …

“Biden exited the vice presidency in 2017 after 44 consecutive years in national office—eight in the Obama administration and 36 as senator from Delaware. His would be the lengthiest such record of any major presidential nominee in history. His résumé far exceeds that of other veteran presidential losers,” the Beacon notes.

And as history has demonstrated, all five former presidential candidates — Clinton, McCain, Kerry, Gore and Dole — lost “bigly,” and this despite all possessing more victories under their belt than Biden.

“Biden is already different from recent repeat candidates because 2020 marks his first primary success,” the Beacon notes. “He had never won a contest until his landslide victory in South Carolina in February.”

The same may not be said of Clinton, McCain, Gore and Dole, each of whom had “won at least five primaries or caucuses in prior runs.” Yet they ultimately lost. Will the same happen to Biden? While the consensus on the right is that it certainly will, there’s a growing contingent of contrarian thinkers on the left who are predicting the same fate.

Unlike the right, however, the left isn’t as focused on Biden’s past election performances as it is with his past, period.

“Biden is the establishment candidate, with a record to match, one that has been wrong—often disastrously so—on fundamental questions over the past decades,” The Nation, a far-left magazine, warned last month.

Besides making him unpalatable to the average Democrat Party voter, this record also makes the former VP an easy target for the president.

“It will enable Trump to replay the campaign he ran against Hillary Clinton, posing as a populist insurgent against a failed establishment that enriched itself even as it failed working people. Trump will be the candidate of change against Biden, the admitted candidate of restoration,” The Nation pointed out.

In fact, the president’s campaign has already begun to use Biden’s record against him.

Joe Biden once said that Iraq would “be one of the great achievements” of his time as Vice President. He was wrong. Again. #DemDebate pic.twitter.com/OZesuPLHVk

.@JoeBiden is apparently in Pennsylvania today.

Here’s what Job-Killing Joe doesn’t want the people of Pennsylvania and America to know: pic.twitter.com/YS9LArxOEY

On at least 3 occasions in 2006, Joe Biden touted Delaware’s history as a “slave state.” pic.twitter.com/NzK4AxB2cQ

Conversely, history is one of President Donald Trump’s best bets going into the 2020 race.

“Only five presidents since 1900 have lost reelection; incumbents hold a 15-5 record since then and are 8-3 since World War II,” the Beacon notes.

Not only is this beneficial for Trump, but it’s also detrimental to Biden, given as “the three successful challengers of incumbents in the modern era — Jimmy Carter in 1976, Reagan in 1980, and Bill Clinton in 1992 — had a combined zero years of national office experience. All were current or former governors.”

Of course, all this only pertains to the historical implications in the 2020 race, meaning it doesn’t also take into consideration other extenuating factors, including but not limited to Biden’s gaffes, flubs and clear-cut mental decline.

When you factor these into the equation as well, it becomes increasingly difficult to see just how on Earth he could win come November.