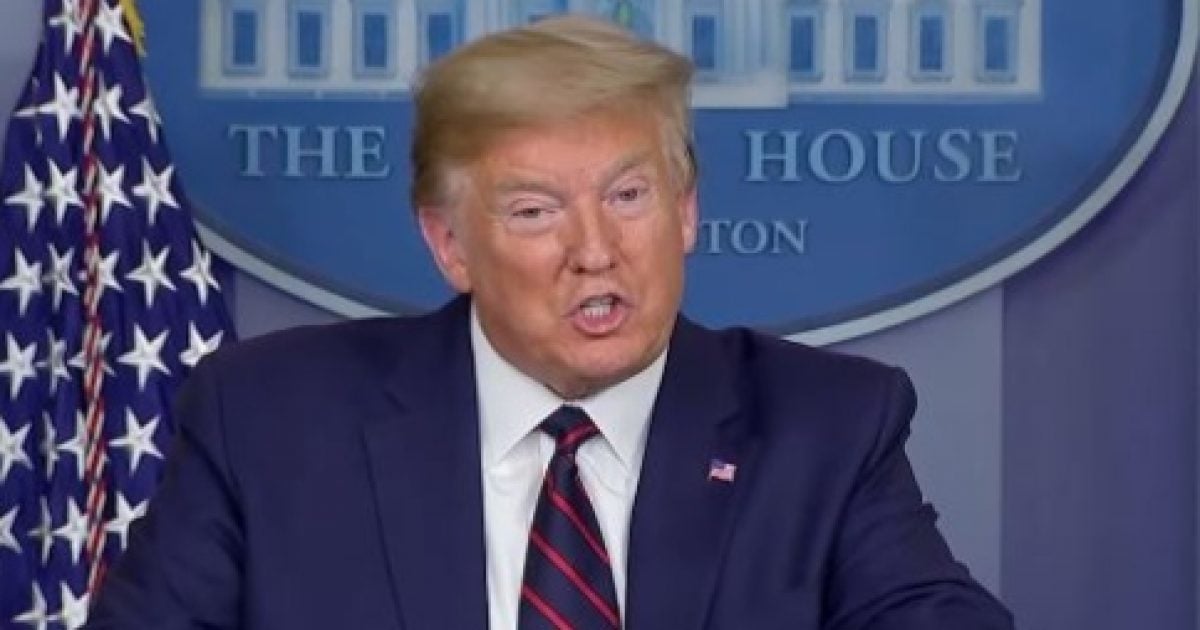 President Donald Trump denounced Democrats for launching more “witch hunts” against him and his administration even as the nation is buckling under a global pandemic.

Trump slammed the “partisan investigations” by Democrats during Thursday’s White House coronavirus news briefing, declaring that this is “not any time” to further divide the country with their political maneuvering.

“We have seen Americans unite with incredible selflessness and compassion,” the president said as his coronavirus task force readied to deliver the day’s latest information regarding the COVID-19 crisis.

“I want to remind everyone here in our nation’s capital, especially in Congress, that this is not the time for politics. Endless partisan investigations — here we go again — have already done extraordinary damage to our country in recent years,” Trump said, alluding to the Russian collusion accusations that led to special counsel Robert Mueller’s investigation as well as the House Democrats passing articles of impeachment against him.

The president’s rebuke followed an announcement this week by Rep. Adam Schiff that he was drafting legislation to investigate how Trump and his administration have handled the coronavirus emergency.

The House Intelligence Committee chairman explained that he is seeking to create a nonpartisan commission to probe the supposedly slow response of the administration at the outset of the pandemic which has already claimed the lives of more than 5,000 Americans.

“Where there’s money, there’s also frequently mischief and we want to just make sure that the funds that are put out there are done so with the conditions that we had in the legislation,” the Democrat leader reportedly said.

The president has repeatedly slammed Democrats for refusing to cooperate and put Americans first, choosing instead to remain laser-focused on attempting to take him down by whatever means possible.

“And in the end, the people doing the witch hunt have been losing, and they have been losing by a lot. And it is not any time for witch hunts,” Trump said Thursday at the briefing. “It’s time to get the enemy defeated.”

He warned that continued witch hunts will backfire on Democrats again and only serve to “build up” his poll numbers.

“Conducting these partisan investigations in the middle of a pandemic is a really big waste of vital resources, time, attention, and we want to fight for American lives, not waste time and build up my poll numbers,” the president said.

“Because that’s all they are doing. Everybody knows it’s ridiculous,” he concluded. “So we want to focus on the people of this country, even the people of the world. We going to be able to help them.”

“Both parties wanted us to have oversight, wanted us to have transparency. We have full transparency. We have an oversight committee that the speaker gets to pick someone. The leader gets to pick someone. I believe there’s five people on it,” he said at the briefing. “Again, that committee will review the money that we’re spending, and, again, we support full transparency, taxpayers should understand how we’re going to support this economy and jobs.”