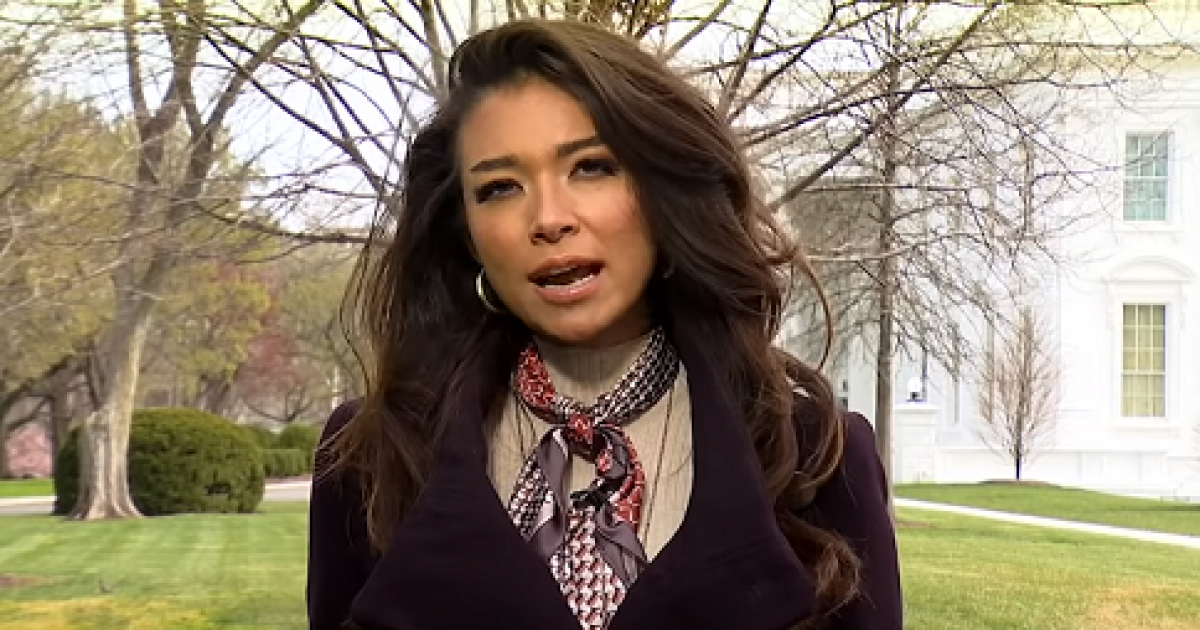 OANN chief White House correspondent Chanel Rion did more than raise a few eyebrows with her question to President Donald Trump at Thursday’s press briefing on the COVID-19 pandemic.

Offering a harsh dose of reality that rarely, if ever, penetrates the elite DC bubble the liberal media exists in, Rion’s inquiry drew a response from a colleague unwilling to put their name behind their disapproving remark.

But it was how an unabashed Rion responded that’s really noteworthy.

It all began when the reporter was called on by Trump.

“Major left-wing media, even in this room, have teamed up with Chinese communist party narratives, and they are claiming you are racist for making these claims about ‘Chinese virus,’” Rion said, after clarifying with the president that the term “Chinese food” is not racist.

She then drew back on past incidents, as well as the current media campaign to go after Trump for calling coronavirus, which was first reported in Wuhan, China, the “Chinese virus,” to then ask:

“Is it alarming that major media players, just to oppose you, are siding with foreign state propaganda, Islamic radicals, and Latin gangs and cartels and they work right here out of the White House with direct access to you and your team?”

Naturally, the very media players blinded by ideology and incapable of seeing their actions as described, were quick to denounce the question as “bonkers” — never mind that Trump’s assertion drew a rebuke from the communist regime in Beijing, and the media was playing right into that narrative.

The president responded with what may have been his best, most reasoned analogy yet of the “fake news” media, as seen below.

But after the briefing, Rion shared on Twitter an anonymous note left for her.

“Ah, workplace drama… ever so incomplete without that dash of anonymous passive aggression. Welcome to the basement,” she tweeted.

The note, apparently from a White House press pool colleague, asked: “Do you think your question was helpful in halting the spread of coronavirus?”

Ah, workplace drama… ever so incomplete without that dash of anonymous passive aggression.

Welcome to the basement. pic.twitter.com/s7minUhwpa

Given the media’s actions these past few weeks in exploiting every opportunity to use the Chinese virus to bring harm to Trump, the question itself is proof that these ninnies live in a bubble cut off from the real world.

Rion replied with a soul-crushing note to the anonymous colleague that should be required reading for every American.

The entire text of the letter is seen here:

“Questions don’t halt or advance viruses, and can’t of course, but fake news and false accusations against President Trump made by agenda driven scribblers like you, advance public panic ABOUT viruses and in retrospect the panic will prove worse than the virus — my question spoke the very truth you work every day to suppress,” she  said.

This president acting with remarkable efficiency under extraordinary pressure in a unprecedented crisis works tirelessly to quell panic while leftist media, in New York and in the White House basement, determined to reinstall the wretched Obama by re-electing the dithering Biden are inciting panic and hindering President Trump’s Herculean crisis management effort.

If all America had to fear was fear itself, that would be far better than America having to fear a corrupt partisan media that constantly lies, suppresses, manipulates and invents facts and obscures facts and sources to invent its own agenda-driven leftist narratives.

I don’t give a damn about whether the presumably delicate sensitivities of the murderous Chinese Communist Party are offended or not—and apparently, neither does President Trump. It’s the China Virus forever, and you are fake news forever.

You lose because you lie, and when fake news loses, America wins.

And yes, Anonymous, I’m talking about you.

With a penchant for being brutally honest, which is a trait Rion shares with Trump, keep an eye on this reporter, we may be hearing a lot more from her.