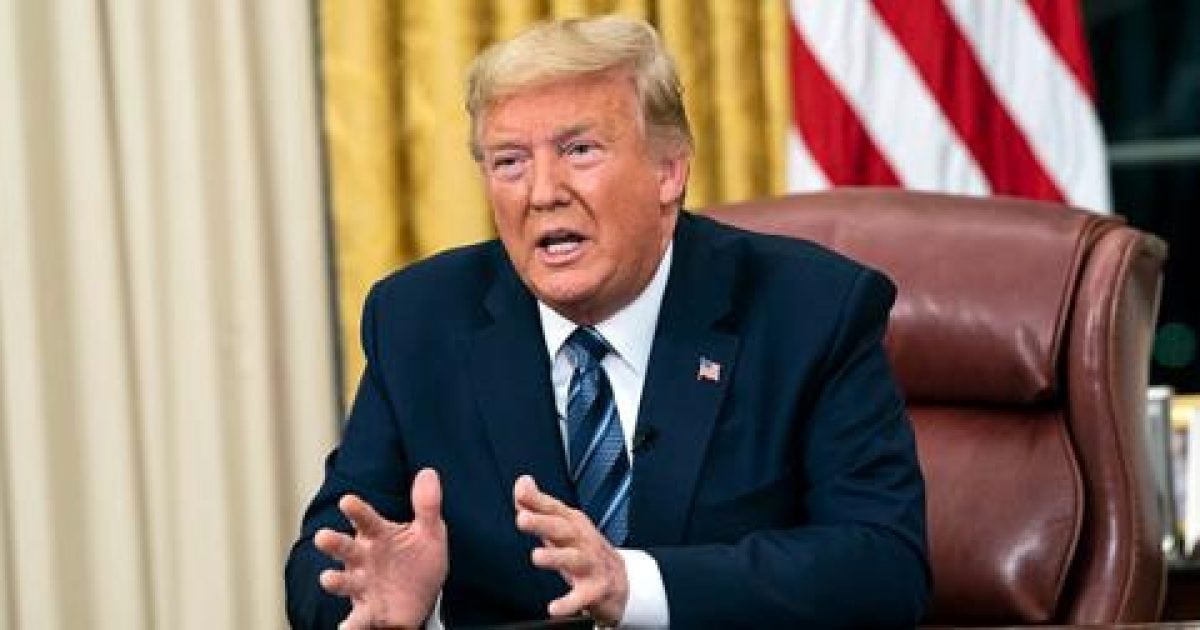 On Thursday, President Donald Trump defended his administration’s Wuhan coronavirus response from partisan attacks by front-runner Democrat presidential candidate Joe Biden and also revealed that domestic travel restrictions within the United States could be instituted if the crisis grows serious enough to warrant them.

What the former vice president failed to do, as noted by the president in his tweets, was explain why anyone should trust him given his response to the swine flu pandemic back in 2009.

Sleepy Joe Biden was in charge of the H1N1 Swine Flu epidemic which killed thousands of people. The response was one of the worst on record. Our response is one of the best, with fast action of border closings & a 78% Approval Rating, the highest on record. His was lowest!

“The Obama White House had to immediately issue an apology for Joe Biden’s remarks, and any alarm that he might have caused, an alarm about a Swine Flu outbreak that took 6 months for President Obama to declare a National Emergency, and that killed 12,000 Americans.” @LouDobbs

He was correct about “Biden’s remarks,” though those remarks received barely any media attention at the time.

“On April 30, 2009, Biden gave advice on dealing with swine flu that seemed to contradict President Obama’s warning not to panic,” Fox News notes.

“Speaking on NBC’s ‘Today,’ Biden, a longtime Amtrak rider who has commuted for decades daily from Delaware to Washington, D.C., said he wouldn’t advise family necessarily against going to Mexico, the source of the H1N1 outbreak, but he wouldn’t tell them to get into any small area like a subway car, automobile, classroom or airplane.”

“I would tell members of my family, and I have, I wouldn’t go anywhere in confined places right now,” Biden said. “It’s not that it’s going to Mexico, it’s that you are in a confined aircraft when one person sneezes, it goes everywhere through the aircraft. That’s me.”

He was forced to retract the statement less than 24 hours later.

“We haven’t discussed that yet. Is it a possibility? Yes. If somebody gets a little bit out of control, if an area gets too hot,” he said when pressed by reporters.

“You see what they’re doing in New Rochelle, which is — which is good, frankly. It’s the right thing. But they’re not — it’s not enforced. It’s not very strong. But people know they’re — they’re being watched. New Rochelle. That’s a hotspot.”

Trump discusses possible coronavirus-related travel restrictions within the US: “We haven’t discussed that yet. Is it a possibility? Yes. If somebody gets a little bit out of control — if an area gets too hot.” pic.twitter.com/ZLe908HVNt

It’s not clear how potential domestic travel restrictions tie in with what’s happening in New York’s coronavirus-stricken New Rochelle, where a containment zone has been instituted until March 25 by Gov. Andrew Cuomo to stymie the spread of the coronavirus. Some speculate flights to areas with high numbers of coronavirus cases like New York and Seattle could be temporarily put on hold or limited.

New Yorkers are still allowed to move in and out of the zone, though according to The Wall Street Journal, many have been led to believe otherwise.

“Some business owners expressed frustration that many people outside the city of roughly 79,000 incorrectly assumed they couldn’t enter it,” the outlet reported Wednesday.

“Mario Salvo, manager of Deanna’s Pizzeria in the zone, said the governor confused people by not specifying immediately and clearly that containment barred parties and big events but didn’t equal a quarantine.”

“We’re open and we’re still delivering pizza. Everything was being blown out of proportion,” Salvo said, admitting however that orders have slowed.

The only global locality where domestic travel restrictions have been implemented is Italy, where an overzealous quarantine has led to some of the toughest restrictions.

“Italy placed its entire national territory under quarantine, only two days after it locked down much of the country’s north, marking the most dramatic step by any country so far to contain the coronavirus epidemic,” the Journal reported Monday.

“Other measures that now apply to the whole of Italy include the suspension of all sports events including the national soccer championship, the closure of shopping malls on weekends, and a ban on gathering outside bars to drink. Travel for work or health reasons must be supported by a written declaration of necessity. Violating the restrictions can result in a fine or a jail term. Police, emergency services and the military can enforce the restrictions.”

BREAKING: #Italy PM #Conte announces the restriction zone will be extended to cover the whole country. No longer just a red zone in the north – all of Italy.

Tells Italians to stay at home, to think of the common good, to play their part to combat #Coronavirus. Cancels all sports matches across the country.

Britain’s Foreign Office now advising against all but essential travel to #Italy “in line with various controls & restrictions imposed by the Italian authorities”. This in a founding member of the EU, a G7 nation and one of the world’s most visited countries. Astonishing & tragic

The situation has been even worse in China.

Realistically, experts do not expect such restrictions to be implemented here.

“I don’t imagine that the degree of the draconian nature of what the Chinese did would ever be either feasible, applicable, doable or whatever you want to call it in the United States,” Dr. Anthony Fauci, the director of the National Institute of Allergy and Infectious Diseases, said recently to CBS News.