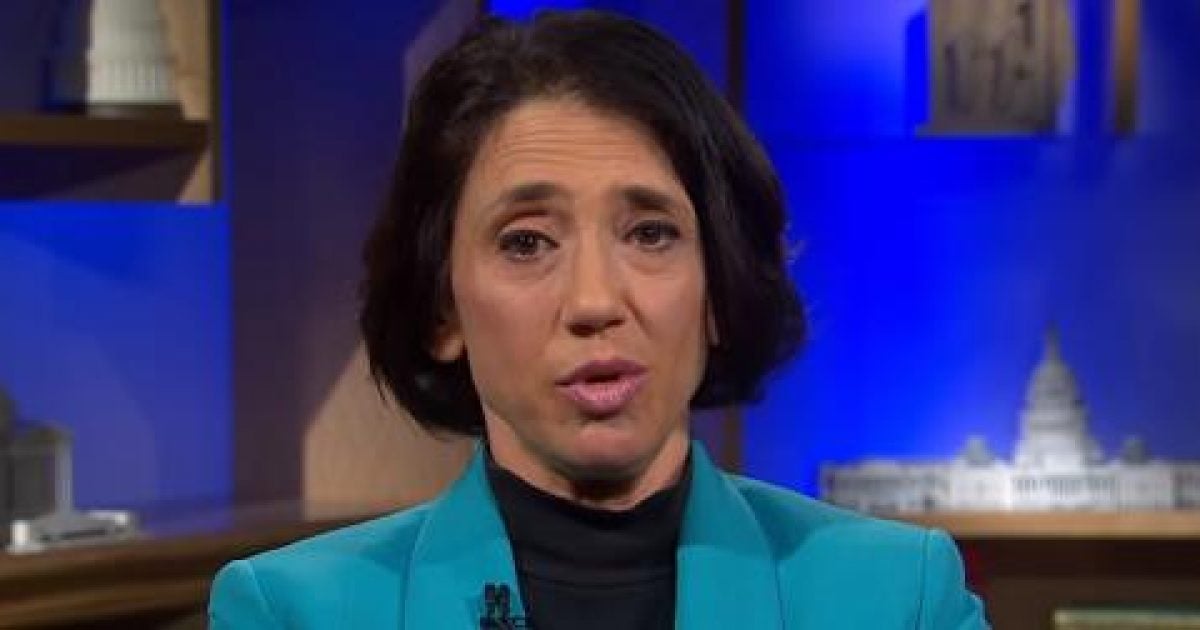 After being mocked relentlessly for his infrequent typos, which to be clear are prone to happen when you’re typing on a tiny phone, President Donald Trump finally got some sweet revenge Wednesday thanks to pretend conservative Jennifer Rubin of The Washington Post. But, the typo was just the tip of the iceberg when it came to the scathing criticism of a ‘desperate’ Dem Party that accompanied Rubin’s unfortunate morning tweet.

But because either she was in a hurry, or just being careless, she accidentally made a typo.

Bloombefg calm and not scrapping . smart to go high

While the typo was no big deal, given as everybody makes typos, neither the public nor the president were able to let such a sanctimonious woman escape being chided.

And so led by the president, they pounced on the mistake before the real pounding started.

.@JRubinBlogger (Jennifer Rubin), the wacko “conservative” of the @washingtonpost, must learn how to spell the name Bloomberg before it is too late & he is gone! https://t.co/a8IBH60sx0

— i bless the rains down in castamere (@Chinchillazllla) February 20, 2020

Don’t get me wrong, I’m a Trump supporter 100%. But when you are spell checked by the POTUS with the most misspelled tweets in history……you might need a moment to reflect.???‍♂️

That chardonnay is kicking in.

However, the toughest criticism didn’t concern Rubin’s typo but rather her cheers for Bloomberg, who, though he scored one fierce hit on front-runner candidate Sen. Bernie Sanders, performed poorly for the most part.

Seems racist, fascist propagandist for the Corporate Oligarchy and Perpetual War Jennifer Rubin was too drunk to watch the debate last night & is spewing total junk completely divorced from reality as usual.

Here’s what she missed.

It’s not clear though whether the president was right about Bloomberg getting wiped out and being “gone” sooner rather than later.

As of Thursday morning, he was almost polling at second place nationally, according to data collated by RealClearPolitics. He was also polling in second place in a couple Super Tuesday states, including California and Virginia.

What’s clear is that, much as she was on the #NeverTrump train four years, Rubin is now on the #NeverBernie train and visibly desperate to see anybody but Sanders rise to the top of the polls in the Democrat primary.

Why? Because he’s so radical …

So who’s the moderate to stop Bernie?

The tweet above received mockery because it turns out that much of the Democrat Party is radical, which raises the question of why she chose to effectively ditch the Republican Party for a party that’s on the verge of nominating a socialist. Many dismissed the typo, but seized on its trending hashtag to announce that Dem desperation is in the air:

You cannot imagine how desperate these people are to prop up Mike Bloombefg. https://t.co/qPk9w0ZDGb

Hint: There isn’t one. pic.twitter.com/gcvvJ7YFaa

Dovetailing back to what happened Wednesday evening, the president wasn’t immune from criticism either. While plenty of people joined him in bashing Rubin, some of them then turned around to bash him as well over his typos.

To them, him choosing to bash someone else over typos was pretty hypocritical.

and who could forget

Did Donald Trump really just try to insult someone about a typo? This man is the most blatant hypocrite I have ever seen and he was elected president? Nothing but a fear mongering divider in chief with a lust of power for legal protection. We must vote this fool out

You. Do not. Want to discuss grammar and spelling. Ever.

I see you’re at it again. Presidenting.

But save for a few irrational tweets from the unusual ragtag bunch of Trump Derangement Syndrome-suffering loons, the tweets appeared to be in good fun, and for good reason. At the end of a day, a typo is just a typo, even it’s from a “wacko” like Jennifer Rubin.

How can you not love the sense of humor of President Trump? It’s great!