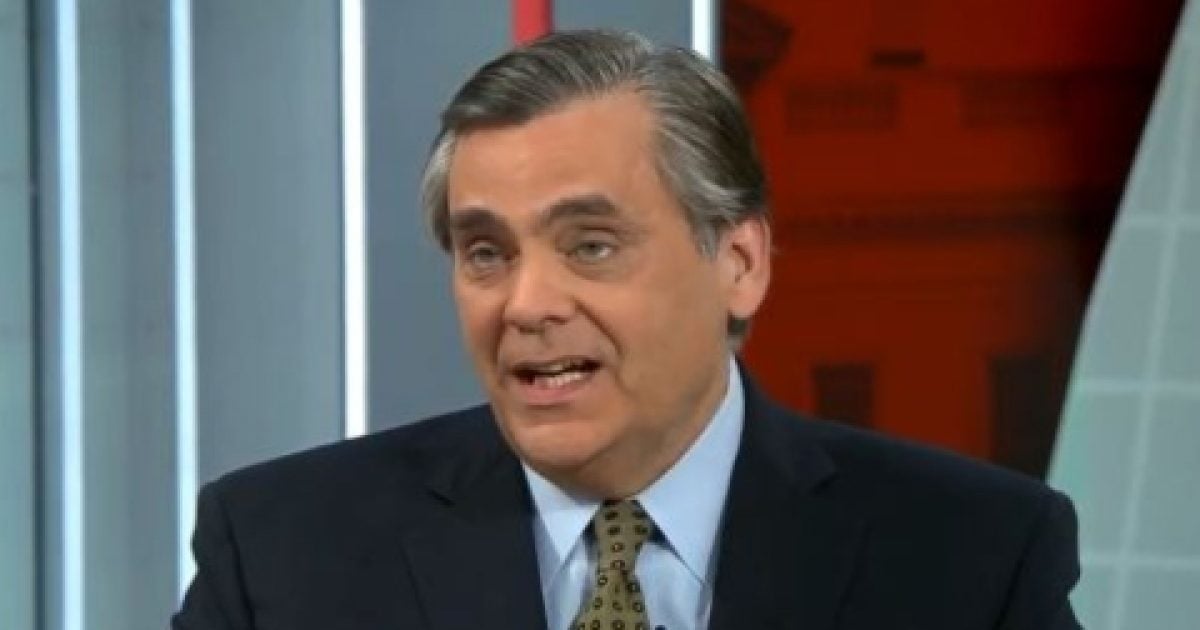 The George Washington University Law School professor blasted Democrats during an appearance on CBS News for their second article of impeachment charging Trump with obstruction of Congress.

“This is one where the House is completely unmoored by history and by the law,” Turley said.

“I think that this will go down as one of the greatest historic blunders of a House of Congress,” he added.

Though a liberal Democrat himself, Turley was appointed by Republicans as their witness in the House Judiciary Committee’s impeachment hearing in December. He had argued then that the legal case Democrats were presenting against Trump was “not just woefully inadequate, but in some respects, dangerous, as the basis for the impeachment of an American president.”

“I am concerned about lowering impeachment standards to fit a paucity of evidence and an abundance of anger,” he said then. “If the House proceeds solely on the Ukrainian allegations, this impeachment would stand out among modern impeachments as the shortest proceeding, with the thinnest evidentiary record, and the narrowest grounds ever used to impeach a president.”

Professor Turley, tho not a fan of Trump, takes on 3 Dem witnesses, entire impeachment coup https://t.co/IMloVpjsML

Turley also turned the mirror on Democrats themselves.

Prof. Turley slams Dems on impeachment: this is “your abuse of power” pic.twitter.com/Yxu4KhaYTs

The constitutional scholar did lay out some criticism for the White House’s legal argument in the Senate trial earlier this week in an op-ed published in the Washington Post, focusing on the interpretation of impeachable offenses. But in his trial critique on CBS News, he pointed to a “major blunder” made by impeachment manager Rep. Jerry Nadler when the Democrat insulted senators.

“If there was one major blunder during the argument, it was Jerry Nadler who got ahead of his skis a bit and said that the Senate could be engaged in a cover-up,” Turley told the CBS panel.

“When he said that, people on the floor recounted later that there was sort of a hush, a reaction from the senators. This is not the place for that,” he added, noting that you should not insult the jury in a case you’re trying.

GOP Senators Lisa Murkowski and Susan Collins reportedly objected to the contentious back and forth during the trial proceedings and to House Judiciary Chairman Nadler’s behavior.

And as many on Twitter pointed out, Nadler cited Turley and his House testimony but must have forgotten what he actually said.

Turley’s latest commentary on the Democrats’ impeachment process drew many reactions on Twitter.

These are not blunders. They are desperate measures.

Dems are trying to stay out of prison. #ChangeMyMind

House will be ridiculed forever too. Textbook example of how not to govern. And “How to Assure Your Party will Lose an Election” will become a classic in the annals of history.

Bottom line democrats rushed the process in the house and expect the republicans to take care of it in the senate it is disgusting that they are turning to the Senate telling them that they are involved in a cover up, disgraceful.
They didn’t do their JOBS

@JonathanTurley it is so nice to see someone being fair and telling both sides of this impeachment fiasco. It’s sad and makes me angry the Democrats have brought the country to such divide. This will go down in history as criminal I believe. Their hate for Trump consumes them.