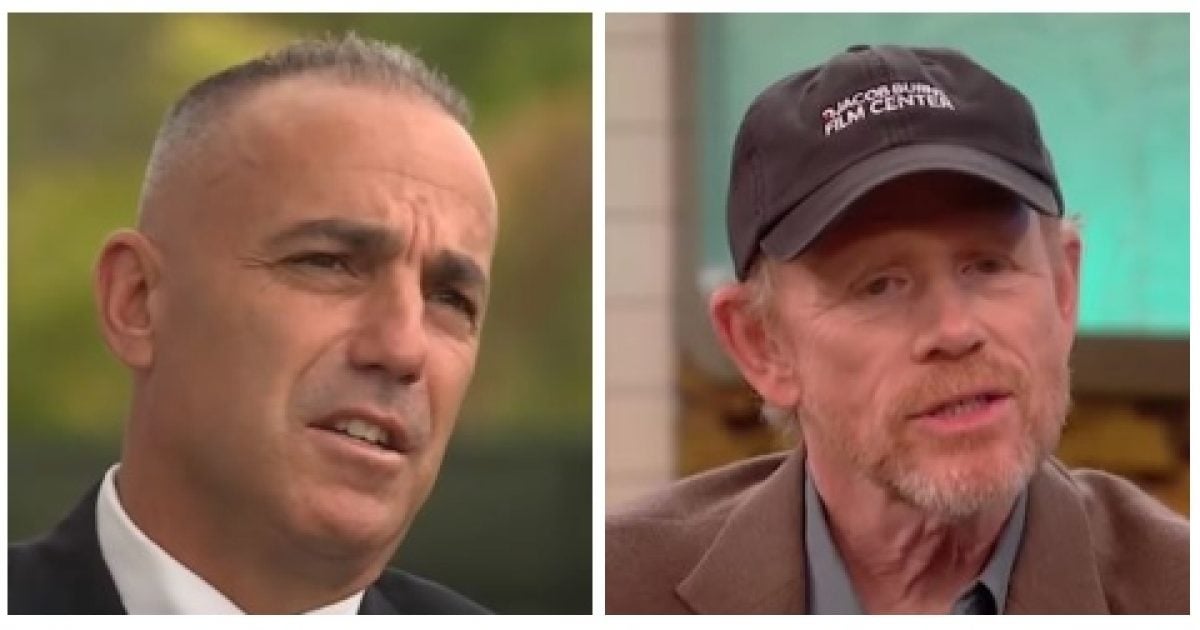 Actor and filmmaker Ron Howard got the attention of a Parkland father who called him out over his insulting description of President Trump as a “morally bankrupt ego maniac.”

Andrew Pollack, whose daughter was killed in the Parkland, Fla., high school massacre in 2018, came to Trump’s defense in a Twitter response to Howard’s New Year’s Day remarks about the president.

The 65-year-old director of “Apollo 13” and, more recently, “Solo: A Star Wars Story,” sparked a social media firestorm after tweeting his tone-deaf criticism of the president.

“In the entertainment industry many who have known/worked w/ Trump think that while his reality show was fun and ran a long time, he’s a self-serving, dishonest,morally bankrupt egomaniac who doesn’t care about anything or anyone but his Fame & bank account & is hustling the US,” Howard tweeted this week.

Ron Howard blows up Twitter with lecture to Trump supporters on the ethics of Hollywood elites https://t.co/fzaqEhpj3y pic.twitter.com/WaFOCvCLLq

His remarks came in a thread discussing the Trump economy, but the final comments set off a barrage of responses including by one Twitter user who accused Hollywood of being “amoral elitists who hate average Americans.”

Pollack weighed in on Friday, schooling the former child star in a response on Twitter.

“What are you going to do when he wins again in 2020?” Pollack asked Howard.

President Trump gave up his billion dollar lifestyle to save this country.

President Trump was loved by Hollywood before he became a Republican.

Pollack, whose daughter Meadow Pollack was one of 17 people killed in the massacre at Stoneman Douglas High School, has spoken in defense of Trump before as he openly advocates for school safety. He praised the president’s efforts last September in launching a federal school safety commission to review how to make schools safer across the nation.

Columnist for The Washington Times, Everett Piper, called out Howard, who “presumes to lecture us about morality,” in an op-ed published Friday.

Piper slammed the arrogance of Howard and “his fellow elites” in Hollywood for “moralizing” Americans on the behavior of the president while they have exposed themselves as a “parade of ‘wannabe’ emperors with no clothes.”

“These are the pedagogues who lecture the world about fossil fuels while they fly in their private jets. They demand we redistribute our wealth while they hoard their own. They protest the principles of the United States while they bow to the power of China,” Piper wrote. “They claim to be feminists while they deny the fact of the female. They march for MeToo while accusing women who want their own bathrooms and their own sports of being bigots.”

“Millions of us care little about what you think,” Piper concluded.

Pollack’s “mic drop” comeback to Howard earned a round of applause on Twitter.

these Hollywood elites think there know everything. I love #AndrewPollack https://t.co/PZuN9V0fNH

Thank you Mr Pollack! Ron is a fine representative of the Hollywood elite who continue to show no signs of intelligence, no support of the system that protects them. How do they live with themselves?

Call all these hypocrites out for what they are. Your voice is more powerful! They should all be sent to live somewhere else less forgiving.

Hollywood loved Trump when he could advance their careers. Was the toast of the town. Now they hate him for saving America from liberal clutches of open borders, benefits for illegals, late term abortion, sanctuary cities, hatred of law enforcement, except when they need them.

Didn’t a pretty large amount of Hollywood celebrities promise to move out of the country if Trump won in 2016? I wish they would go.