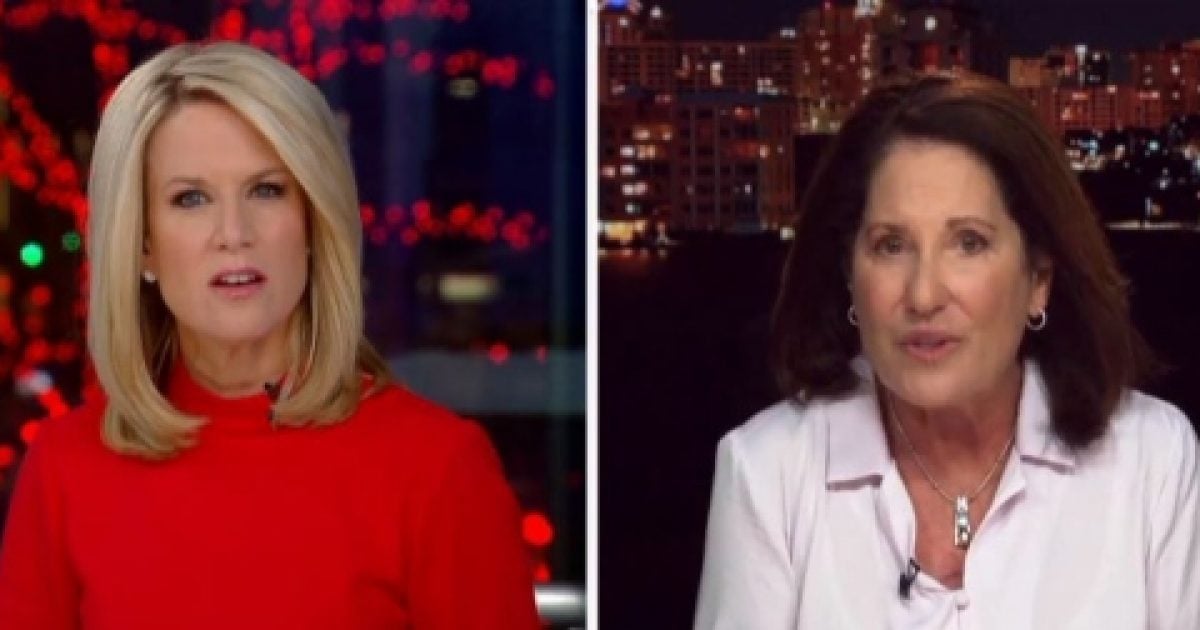 Susan Jaslow spoke with Fox News about calling out Rep. Kendra Horn on the impeachment proceedings against Trump during a recent town hall, saying it was Pelosi’s “ludicrous” comments that motivated her to speak up.

“I’m not a political person by any means. And I was watching the television and Speaker Pelosi looked at me and said, ‘Our constitution is at stake if we don’t impeach the president.’ And then she went on to tell me that this is not a political matter,” Jaslow said on “The Story with Martha MacCallum on Tuesday.

“And I was just highly insulted. She’s insulting my intelligence. I mean, that’s absolutely ludicrous,” the Independent voter added. “The Constitution is not at stake and it is political.

Jaslow recently warned Horn, one of several dozen House Democrats who were elected in districts won by Trump in 2016, that she should not vote for impeachment.

‘We’re mad as hell’: Oklahoma Dem gets an earful from angry constituents over impeachment https://t.co/yivsgLljCZ

“He’s a duly elected president and I feel it is not your responsibility to take somebody that was duly elected out of office. Let me do that,” Jaslow told the lawmaker at the meeting earlier this month. “So, as an independent voter, I think you’re in a lot of trouble if you vote for this impeachment.”

She told MacCallum she was “very surprised” at the support she received as audience members applauded her comments to Horn.

Jaslow was angry at the Democrat’s ultimate decision Tuesday that she would vote in favor of impeaching the president on charges of obstruction and abuse of power.

Horn, who won her seat with just 0.3% of the vote, is in the same vulnerable position as several dozen of her Congressional colleagues and will soon be challenged by eight Republicans so far who have announced they will run against her in 2020.

Recently, freshman Rep. Elissa Slotkin of Michigan, also in a Trump-supporting district, tried to defend her position to voters who responded with jeers and criticism.

The House Rules Committee worked on Tuesday to set the terms for floor debate for Wednesday’s full House vote on the impeachment. Hawaii Rep. Tulsi Gabbard, who has remained publicly undecided on how to vote, introduced a resolution Tuesday calling for censure of Trump instead.

Jaslow told MacCallum that she is “tired of all the bickering.”

“This country needs to get back to what it’s supposed to be doing. The Representatives need to legislate. Let the president do his job, and if we feel at the end of the term he’s not doing a good job, let me vote him in or out,” she said.

“Why is her vote more important than my vote?” she asked, noting that many other voters she has spoken to personally feel the same way she does.

She found no “impeachable facts” in the transcript of Trump’s July phone call with the Ukraine president which sparked the impeachment inquiry.

“Let him finish out his term. Let him do his job and I will decide if I thought he did a good job or not,” Jaslow said of the president, reiterating that many other voters feel the same.

“We’re very mad. We’re very angry. We just want our country back,” she said. “We want everybody to play nice.”