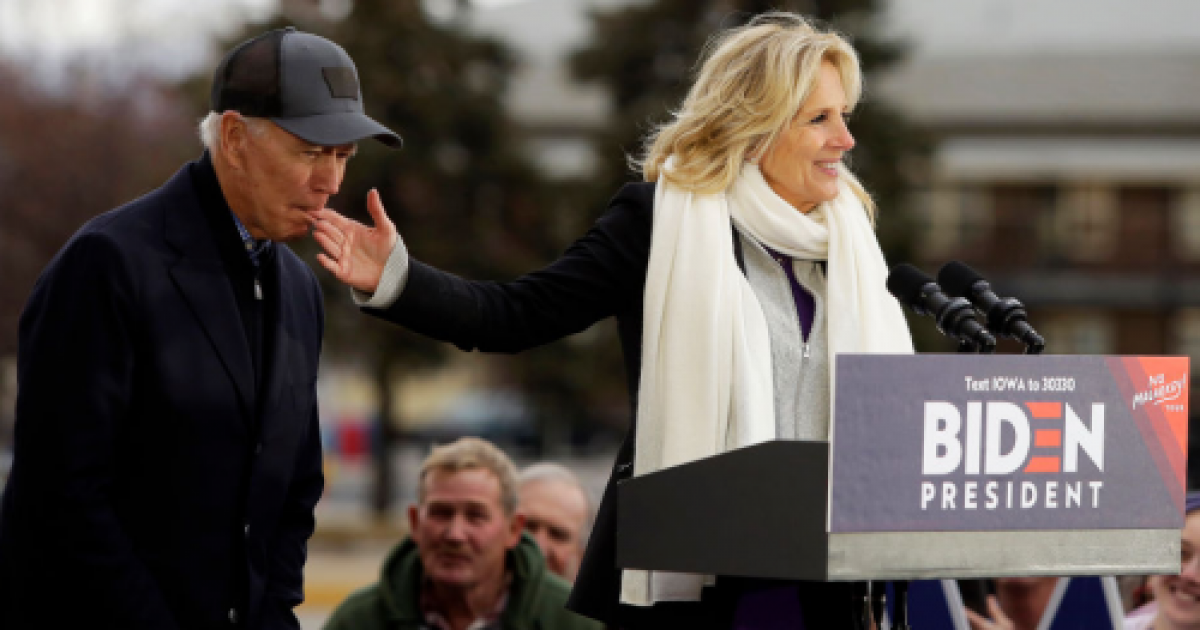 Democratic gaffe machine Joe Biden got hilariously mocked on Twitter after asserting that “we need a president who is respected on the world stage.”

Biden then posted a photo of himself with Canadian prime minister Justin Trudeau walking down a hallway decorated with the flags of various countries.

We need a president who is respected on the world stage. pic.twitter.com/Hqv6T06Mtv

The tweet was a follow-up to a campaign ad Biden had posted the previous day, where he claimed that “We need a president who is ready on day one to repair our global reputation and restore American leadership abroad.”

Not surprisingly, Biden — who has been dubbed “Creepy Joe” for his history of inappropriate pawing, groping, and sniffing of women and children — was brutally mocked on Twitter.

Many Twitter users noted the irony of Biden deluding himself into thinking that the world respects him, given his bizarre outbursts and monumental gaffes on the campaign trail.

One Twitter user posted a sardonic photo of Trudeau with Barack Obama.

Another person sarcastically quipped: “You have earned our respect!”

You have earned our respect! pic.twitter.com/Yus5Ipi1qh

— The Left Ruins Everything (@TheLeftRuins) December 6, 2019

The Trump War Room pointed out that “Twitter appears to be trying to save Joe Biden from getting ratioed for this embarrassing tweet. Watch as the reply count goes up and then the increase magically disappears!”

Watch as the reply count goes up and then the increase magically disappears! pic.twitter.com/fTH1S2Uknn

Shortly after announcing his candidacy in April, Biden said he meant no harm when he groped countless women and children during his five decades in office.

At the time, Biden said: “Not once — never — did I believe I acted inappropriately.”

Meanwhile, here’s a montage of Creepy Joe pawing, sniffing, and groping women and children during his 46 years in public office. Despite almost five decades in Washington, Biden has little to show for his time.

Another shocker is that Biden shared a photo of himself with embattled Canadian prime minister Justin Trudeau as if that clown is a respected world leader and an icon of decorum.

What’s shocking is that virtue-signaling leftist Trudeau wore blackface on countless different occasions. And he didn’t do it as a clueless teenager, but as a 29-year-old man.

Let this sink in: Justin painted his face AND body black when he was well into adulthood and should have known better, especially since he’s the son of a famous politician (former Canadian prime minister Pierre Trudeau).

As for Joe Biden, he’s still leading the polls as the Democratic Party’s frontrunner, but his reputation has been severely damaged by disturbing allegations that he abused his office as vice president to make his son very wealthy.

Biden is under fire for allegedly securing a $50,000-a-month, part-time gig for his son Hunter on the board of Burisma, an energy company owned by a Ukrainian oligarch.

Peter Schweizer — author of the bestselling book “Clinton Cash” — says it’s an open secret in Washington that Biden has engaged in corrupt pay-for-play politics for decades:

“Joe Biden is appointed the point-person to two countries on policy: China and Ukraine. And both of those countries happen to be the epicenters of Hunter Biden’s business activities.

In December 2013, Joe Biden flies to Beijing on Air Force Two. On the plane with him is his son, Hunter Biden. He gets criticized on the trip for going soft on Beijing. Ten days after they returned from that trip, Hunter Biden’s small investment firm announced a $1.5 billion private equity deal with the Chinese government.”

“In February 2011, Joe Biden becomes the point person on the Western response in Ukraine. Two months after that, Hunter Biden and Devin Archer are appointed to the board of directors of Burisma, which is a notoriously corrupt energy company.”