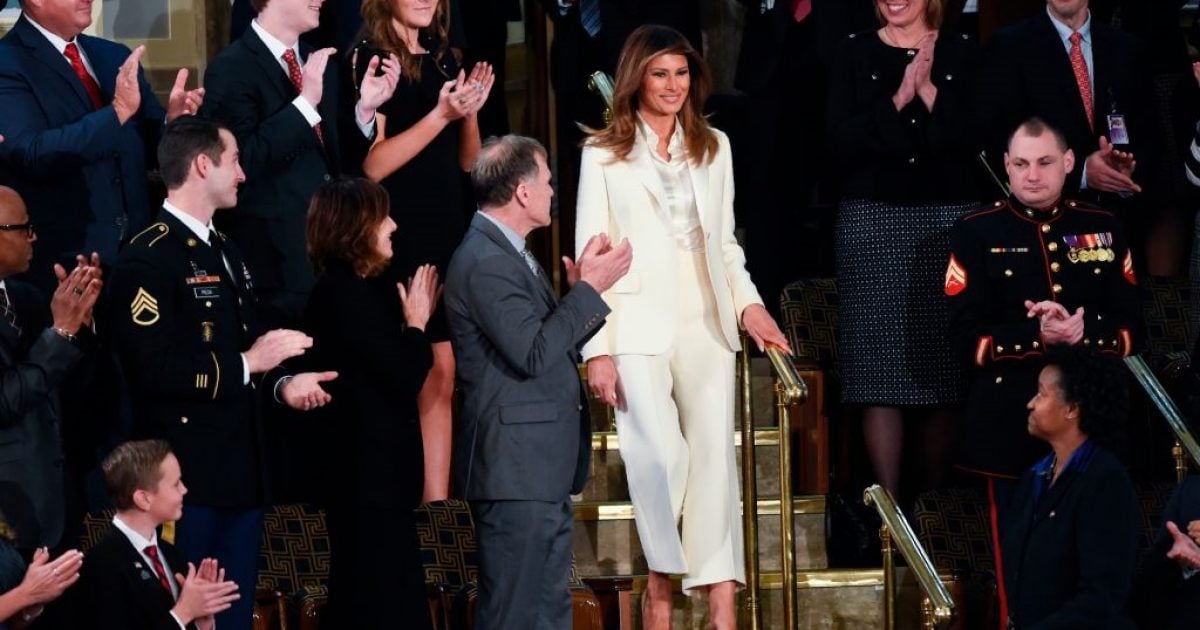 And this cabal will swear up and down that there are not delusional in their hatred of this president.

Bennett appeared Tuesday on “New Day” and was asked about her petty, almost catty take on there sometimes being a message in slacks or trousers.

“I think there’s a certain way that Donald Trump prefers women to dress… in a more feminine way,” Bennett explained. “I think he’s an old-fashioned man, and I think that he — his tastes tend toward more feminine garb.”

This being an artful way of saying Trump is a chauvinistic pig, of course.

She added that “oftentimes,” Melania Trump wears menswear and suiting, pointing to the 2018 State of the Union address.

“She wore that white pantsuit, for example, to the State of the Union in the thick of the Stormy Daniels headlines, sort of in the deepest parts of that moment in her life, she wore this white pantsuit,” Bennett said.

“And it sort of heralded suffragette or was it maybe Hillary Clinton who liked pants suits,” she continues. “And why was it white and what did it mean, was it resistance signaling?”

In-depth analysis like this can only be found on CNN.

(At the time of the SOTU, Bennett didn’t rule out the possibility that Mrs. Trump’s attire was intended to give the impression that she was protesting Trump’s policies.)

“If you asked Melania Trump she’d just say, I wore a white pantsuit. But I think she’s savvy enough to know that leaving that gray area and what she wears is something that is smart,” Bennett went on. “And I think she’s learned how to manipulate her public persona in a way that people really do have to read into it, and she knows they’re going to.”

“Also, speaking of Stormy Daniels, the president and first lady don’t share a bedroom. Their bedrooms are not even on the same floor — why is that and what is that about?” Camerota asked Bennett.

“I think it’s really difficult to analyze anyone’s marriage, she replied. “It’s virtually an impossible task. The first couple doesn’t share a bedroom, and I think that is not that unusual when you look at a broad scope of many marriages. We know the president doesn’t sleep a lot from his Twitter schedule alone.”

Pointing out that Trump and his wife have been together for 20 years, Bennett said there was no behind the scenes acrimony in their marriage, mentioning reports that Hillary Clinton once threw a vase at former President Bill Clinton.

“I think that this is an independent couple,” she said. “They are not joined at the hip as her office has told me several times. She’s independent, she likes her own space. She’s a bit of a loner and I think the first couple have, in their 20 years together, found a way to make their marriage work and one of those things is not sharing a bedroom.”

This prompted anchor John Berman to sarcastically interject: “Or a floor apparently.”