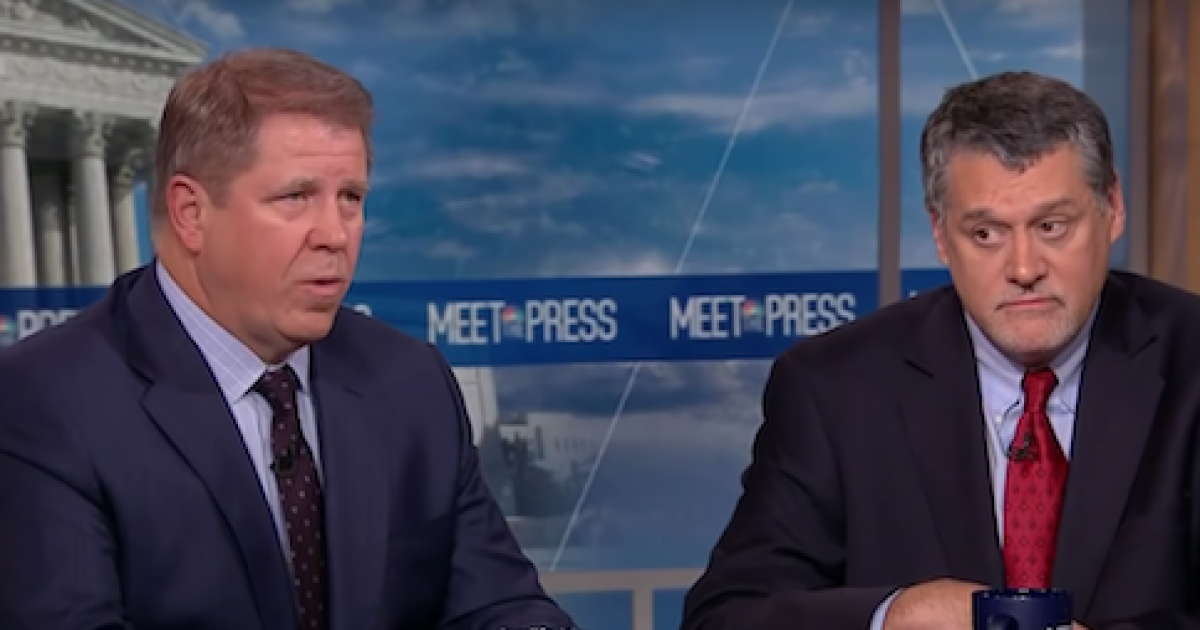 The New York Times proved without a doubt in their latest Sunday Review section that they are more interested in selling to a far-left crowd than regaining credibility.

The paper ran an op-ed titled “The Double-Barreled Dream World of Trump and His Enablers” — Newsbusters reported an earlier headline was “Don’t Let Trump Rewrite History.” While there’s nothing strange about a headline like that in The Times, what was strange were the names of the authors: Glenn Simpson and Peter Fritsch.

The two men are the founders of the highly controversial Fusion GPS, which is responsible for the anti-Trump dossier which claimed all kinds of lurid things about President Trump and his connections to Russia. The dossier has been discredited and tossed aside as pure conspiracy theory by anyone who does not belong to the extreme left. The dossier is what was used to get warrants to wiretap former Trump campaign adviser Carter Page. It is essentially what kicked off the Russia collusion scandal.

The men seem to be in the midst of an effort to bring credit back to their names though, as well as the dossier. They are the authors of the upcoming book “Crime in Progress: Inside the Steele Dossier and the Fusion GPS Investigation of Donald Trump.”

Simpson and Fritsch are still talking about Russia collusion conspiracies to this day, despite the attorney general being in the middle of his own investigation into the Russia collusion hoax and how it originated.

“The Ukraine scandal now unfolding in congressional impeachment hearings has at its core a Shakespearean twist: President Trump, abetted by his paladins of spin, has trapped himself in an alternate universe. To undermine the well-established fact that Russia corrupted the 2016 vote to help him win, Mr. Trump and his allies have tried to build a fiction that pins those crimes on Ukraine,” the men write in their NYT op-ed.

“Well-established fact?” It sounds like these two are the ones living in an alternate universe. After an investigation that cost millions and spanned more than two years, Robert Mueller came up with zilch against Trump. There was zero definitive proof Trump had colluded with Russians in 2016.

The two men go on to claim that the Ukraine scandal is now definitive proof that Trump is willing to collude with foreign countries to retaliate against political rivals.

“In doing so, he has confirmed our darkest fears. The president’s bid to solicit foreign help to impugn a domestic political rival in 2019 should wipe away any doubts about his willingness to do the same with Russian help in 2016,” they write.

First, if the investigation already made the Russian collusion “well-established fact” then why would there need to be another investigation to “confirm” anything?

Second, the impeachment inquiry has been just as air-headed as the Russia investigation. There has been zero presentation of firsthand knowledge that Trump used foreign aid to convince Ukraine to investigate former Vice President Joe Biden. And it’s probably a good time to throw out the healthy reminder that the foreign aid in question was given to Ukraine and no investigation into Biden was launched — though there should probably be one considering there’s more evidence of quid pro quo against Biden than Trump.

The op-ed then gets really ridiculous as Simpson and Fritsch then go after Republicans who have questioned the validity of the Steele dossier and its political motivations. Again, there is an investigation into that dossier and the warrants it inspired, so the fact that The New York Times just gave these two discredited knuckleheads space to defend themselves, while also making outlandish claims about the president and the impeachment inquiry, proves that the paper is lost in the cloudy morals and shaky reality of the left.